Skycraft Air Transport was based in Oshawa, Ontario and was active between 1979 and 1984, and their operation was largely in support of the automotive manufacturing industry in the region. 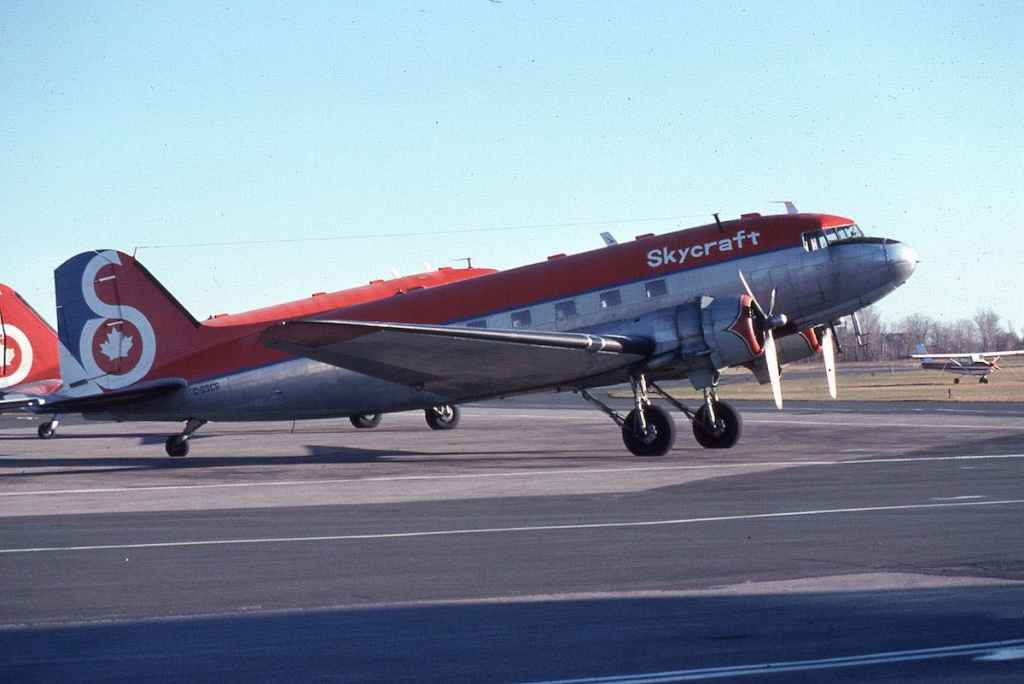 Skycraft Air Transport was based in Oshawa to support its largest source of business, General Motors Canada, which operated two motor vehicle factories in the vicinity. The fleet was build around three main types, the DC-3s were for larger loads, Shorts 330s for mid sized loads and Embraer 110s for smaller loads.

The airline also offered a flying school and expanded into the air ambulance and ad-hoc passenger charter work, and a limited offering of scheduled routes radiating from their Oshawa base which included service to Ottawa, Montreal, Windsor, and Detroit.

The airline was notable for changing the type of aircraft operated on its passenger services to match the number of passengers booked for each flight.

Like many other small charter operators on the periphery of the auto industry, long term success is not always guaranteed and sadly, Skycraft filed for bankruptcy protection in 1992 and ultimately wound down their operations for good in February, 1994.

It subsequently obtained new financing and continued operations with a reduced fleet, but the new business plan was not successful. The airline finally shut down operations in February 1994.