May 6, 2020, by Henry Tenby | Category: Dr. John Blatherwick Photo Archive
Leave a comment
Prev1 of 9Next
Use your ← → (arrow) keys to browse

Conifair Aviation was formed in 1979 to perform aerial spraying and operates from St. Jean, just outside of Montreal. Initially, the airline operated two Lockheed 749A Constellations, with five DC-4s added between 1981 and 1985, and three DC-6s added in 1983. By the late 1980s the Connies were long since removed from service and offered for sale, and some of the DC-6s had also been sold. 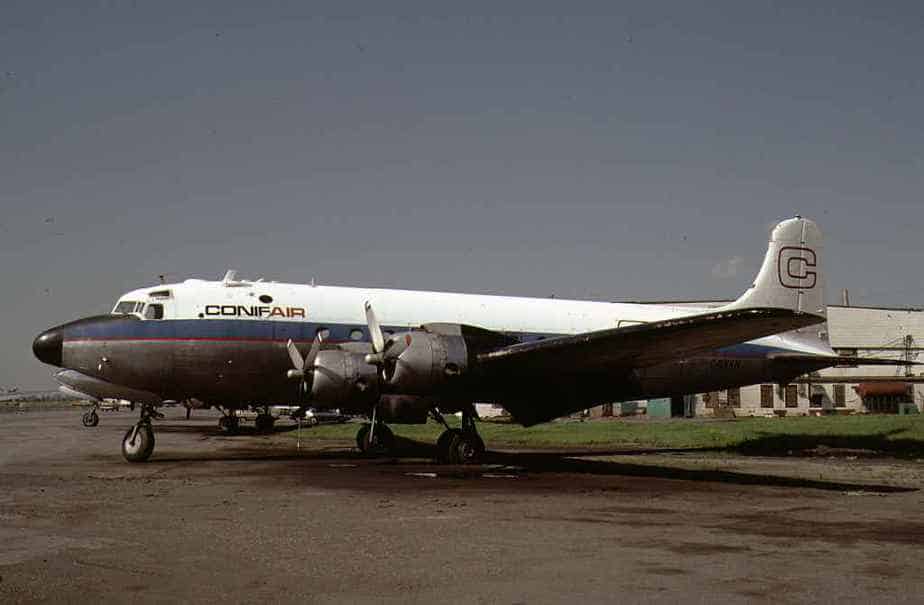 The company was famous in aviation enthusiast and propliner circles for their Mont Joli – Port Menier (Anticosti Island) route for wildlife hunters every fall, using DC-4s. And this operation was featured on several ocassions in Propliner Magazines of the era.

The ﬂeet was based at the Quebec City airport using a hangar adjacent to the Quebec Government Air Fleet hangar built in 1988. It is not believed that Conifair Aviation maintains present day operations.