The Department of Energy, Mines and Resources is a flight department owned by the Government of Canada to undertake survey, sensing and transport related duties related to Canada’s vast exploration industries. Based from hangars and office facilities at Ottawa Uplands Airport, the NRC flight department has its roots back to the 1960s using former RCAF aircraft including CT-33, Harvard and Beech 18 examples, with one of their very first aircraft being a former RCAF DC-4M2 Northstar. 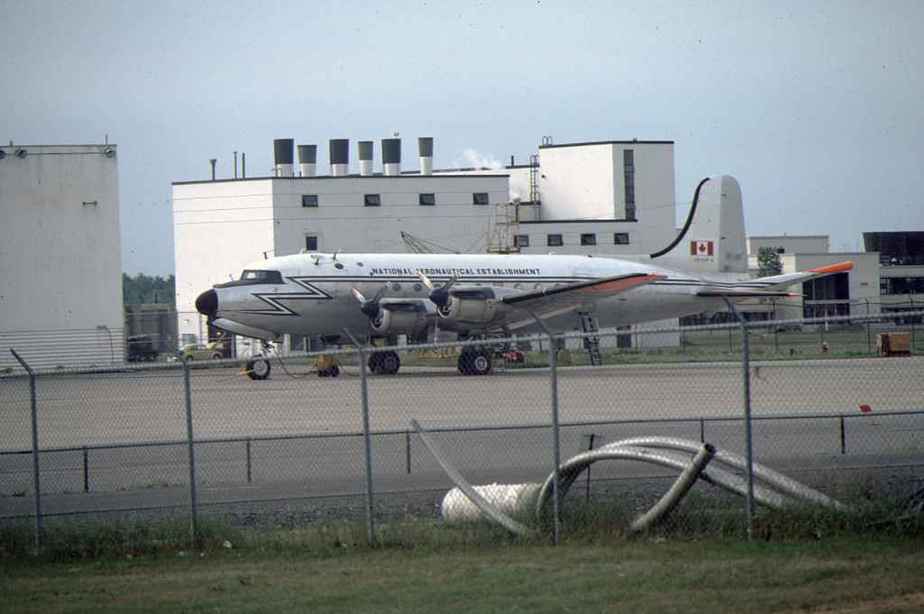 In the late 1960s and into the 1970s the NRC flight department added other former Canadian Forces aircraft including two DC-3s in the form of C-GRSA and C-GRSB as well as Canadair Cosmopolitan CV580 C-GRSC and Falcon 20 C-GRSD. A shorts SC-7 Skyvan C-FGSC was acquired from the manufacturer in 1968 and a Beech 65 C-FWZG was acquired in 1979. The NRC flight department has also operated several helicopters and DHC-6 Twin Otters over the decades.