Air Spray Ltd. was founded by the late Don Hamilton back in 1954 as a crop spraying operation based in Wetaskiwin, Alberta. In early years is also performed aerial mosquito spraying on contract with the City of Edmonton in 1956. Back in the 1950s, the forestry fire fighting industry was in its very early years and Canadian forestry agencies sought a solution to the costly and devastating problem that has become a billion dollar problem today. As such, Air Spray Ltd. expanded into this niche more and more throughout the 1960s and wound down their crop spraying operations having converted their fleet of the day to fire fighting duties. 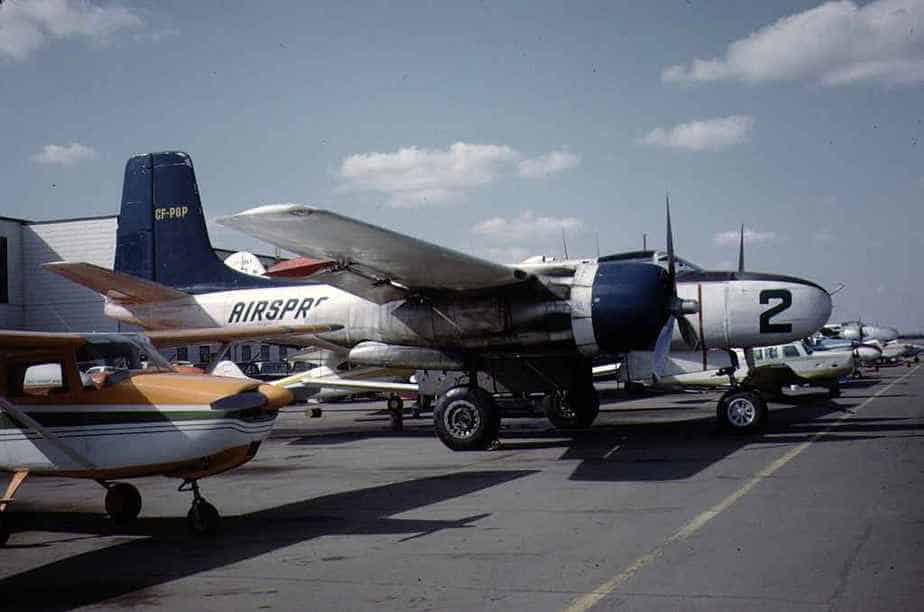 In the 1960s, Air Spray acquired the TBM Avenger as it was a low cost and effective air tanker, but what was really needed in Canada at the time was a faster, larger, twin engine aircraft. As such, the A-26 supplemented and then replaced Air Spray’s Avenger fleet. The A-26 was built during World War II with a bomb bay ideal which was perfect for a tank to hold fire retardant. In the 1960s and 1970s many water bomber outfits in North America used the A-26 as effective and affordable air tankers. In the 1990s, Air Spray upgraded their water bomber fleet to Lockheed L-188 Electras.