An iconic Canadian built airliner the 46-seat De Havilland Canada Dash-7 will be at the Abbotsford Airshow for one day only, tomorrow, Saturday August 10, the result of a one-time only charter for aviation buffs organized by Henry Tenby.

Tenby organized the special charter to take a group of aviation fans to the show and back, just for the day. Some 35 participants have assembled here for this special event not only from the lower mainland, but also from other points in Canada, the US and the UK.

“The Dash-7 is a really big deal” according to Tenby. He explained “They never attend airshows, so this is a first in decades. The Dash-7 is a STOL short take off and landing airliner built in Downsview-Toronto by the former De Havilland Aircraft Company of Canada, between 1975 and 1988, and only 114 were built.”

Vancouverites might remember the Dash-7 when it operated for Jim Pattison’s Air BC back in the 1980s. According to Tenby “this rugged amazing machine was specially built to operate from very short air strips with prominent approach path obstructions, like Toronto Island and London City, as well as from gravel and grass strips.”

The world’s active Dash-7 fleet are operated as hinterland charter machines, with none remaining in scheduled service, so getting a flight on one as a passenger is difficult and expensive.

So aviation fans jumped at the opportunity when Tenby put the charter together, with help from Yellowknife-based Air Tindi, which operates the type on North exploration charters, as well as summer fishing charters from YVR.

The Air Tindi Dash-7 will be available for public inspection (exterior only) tomorrow, August 10, 2019, at the Abbotsford Airshow. 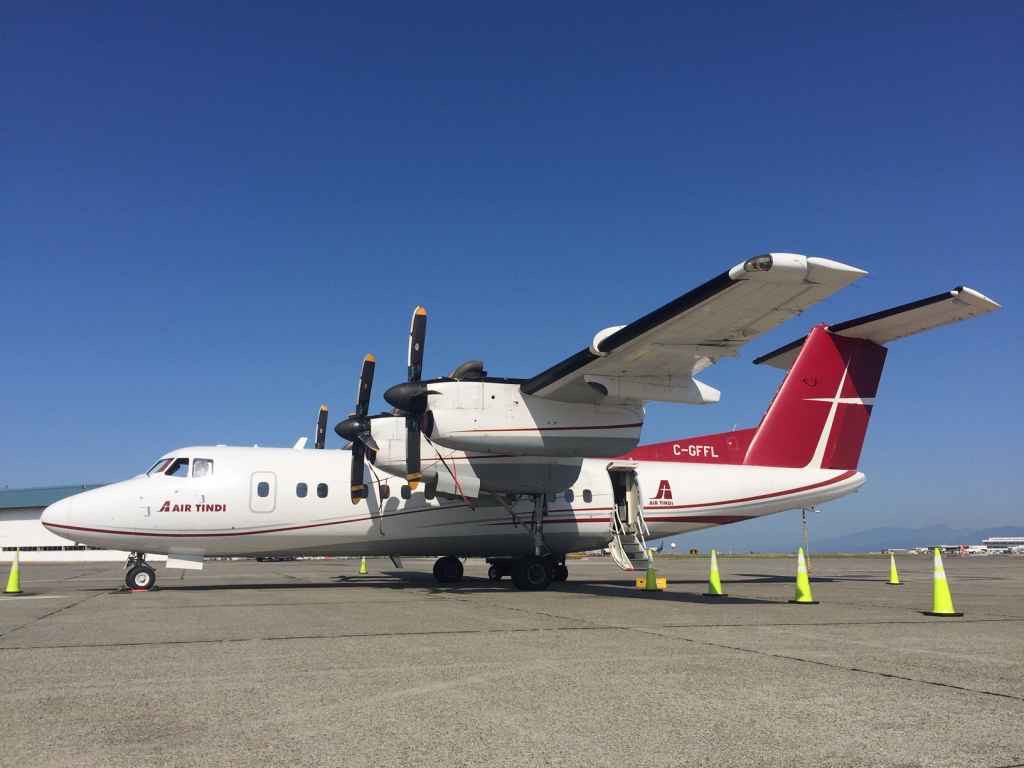 46-seat De Havilland Canada Dash-7 will be at the Abbotsford Airshow for one day only, tomorrow, Saturday August 10, the result of a one-time only charter for aviation buffs organized by Henry Tenby