The Convair-Liner was a twin-engined, pressurized airliner built for the 40-50 passenger short haul feeder market of the post World War 2 era by San Diego based Convair General Dynamics. 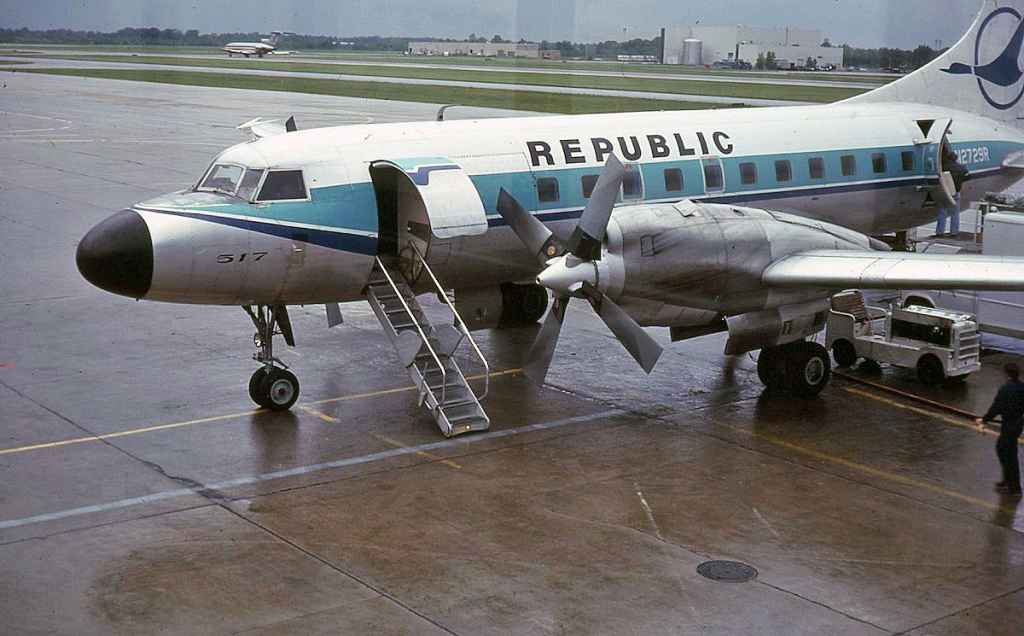 The Convair Twine was popular in the US as pretty much all the US major operators of the 1950s ordered the Convair Twin, including Braniff, United, Delta, American, Western, Eastern, Frontier, Continental, and of course North Central Airlines, the subject of this article.

Although North Central only initially took delivery of a handful of Convair Twins in the early 1960s, additional machines were acquired through the 1960s and 70s, and by the time the airline became Republic Airlines in 1979, the Convair 580 fleet exceeded 20 examples. The Convair 580 was a sturdy well built machine that lent itself to the harsh winter operating conditions of the mid west. The primary stomping grounds for the Republic Convair 580 fleet were the “local service” small towns that dot the landscape between Chicago, Detroit and Minneapolis, as well as spanning further West through the Dakotas.

The Convair 580 images presented here are from the slide collection of Henry Tenby.