December 27, 2020, by Henry Tenby | Category: Airlines World - Vintage Photo Histories
Leave a comment
Prev1 of 22Next
Use your ← → (arrow) keys to browse

BEA British European Airways 1960s- early 1970s: The Pinnacle of Success – A Photo History
Photos from the Collection of Henry Tenby
Write up by Henry Tenby

BEA British European Airways was the UK’s short haul government owner air carrier during post war period up until the airline was merged into BOAC to become British Airways in 1973. 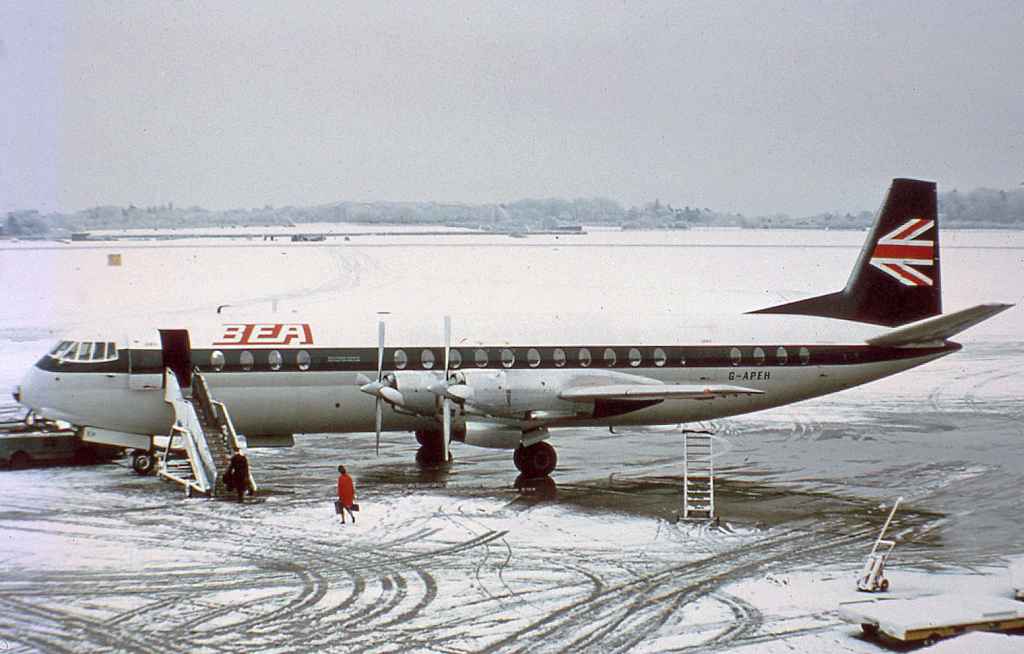 Along with their associate companies BEA Scottish and BEA Channel Island Airways BEA provided domestic UK services as well as flights to many popular points within Continental Europe during the 1960s. BEA had an all British built fleet that included the De Havilland Comet, De Havilland Heron, Vickers Viscount, Vickers Vanguard, BAC One Eleven, Trident, SC-7 Skyvan, S-61 helicopter, and other types in the 1950s including the AS.57 Elizabethan and DC-3.

BEA’s main operating bases were at London Heathrow and Manchester and the airline operated the famous London-Scotland shuttle service using pretty much all the larger types in their fleet of the day. The Vanguard was specially well utilized on the shuttle service.

The images presented here are from the slide collection of Henry Tenby.