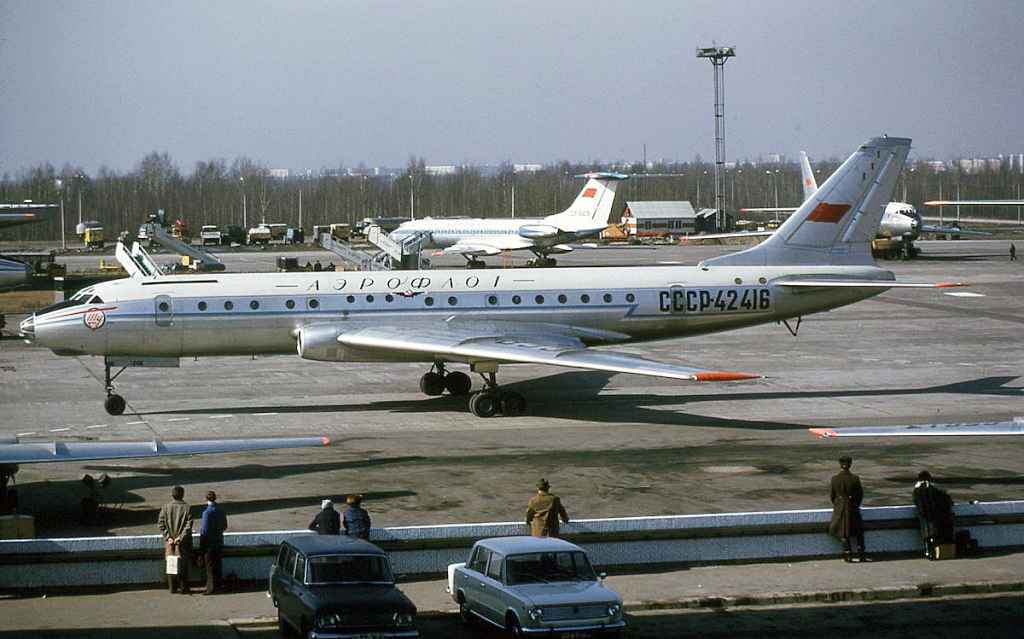 A fabulous shot of Aeroflot Tupolev Tu-104 CCCP-42416 at Lenningrad Airport in September 1974, with local observers watching the proceedings. Does not look like a safe place for a Western aviation fan to pull out his cameras and start taking photos! But Dr. John Blatherwick captured this amazing slide under such very demanding circumstances when he took this image. (Photo by Dr. John Blatherwick)

In 1974, I was signing a passport for my friend from the navy who was a teacher. He said he was looking for somebody to take a group of grade 10 to 12 students to Moscow and Leningrad over the Spring Break.

The person taking them would go for free. I asked if my wife could come and he said yes – for $200.00. I said I was in, Carol and I would go as their chaperones. But Carol and I were off to Hawaii in February, and it was not a problem as my friend got all the visas and made all the arrangements (he was taking a group to France).

We flew out on March 21, 1974, on World DC-8-63 N804WA. We stopped in Winnipeg and Helsinki Finland to refuel. On landing in Helsinki, the pilot slammed the aircraft down so hard he blew several tires. We had a delay of 1-2 hours in Helsinki which stretched to 12 hours. We also had a group of 200 senior high school students who spent all the time in the bar! Not our students though. We finally got to Moscow and had a wonderful time. We went to the Kremlin and saw Lenin’s body and to the Moscow ballet. We had 12 students and they were wonderful. Then we took an overnight train to Leningrad. That was funny as the students all rushed down to our section to tell us there was a woman in their compartment. Apparently the Russians placed these women in compartments to make sure there was no hanky panky!! Leningrad was wonderful. On our return flight, we landed at Goose Bay for fuel. 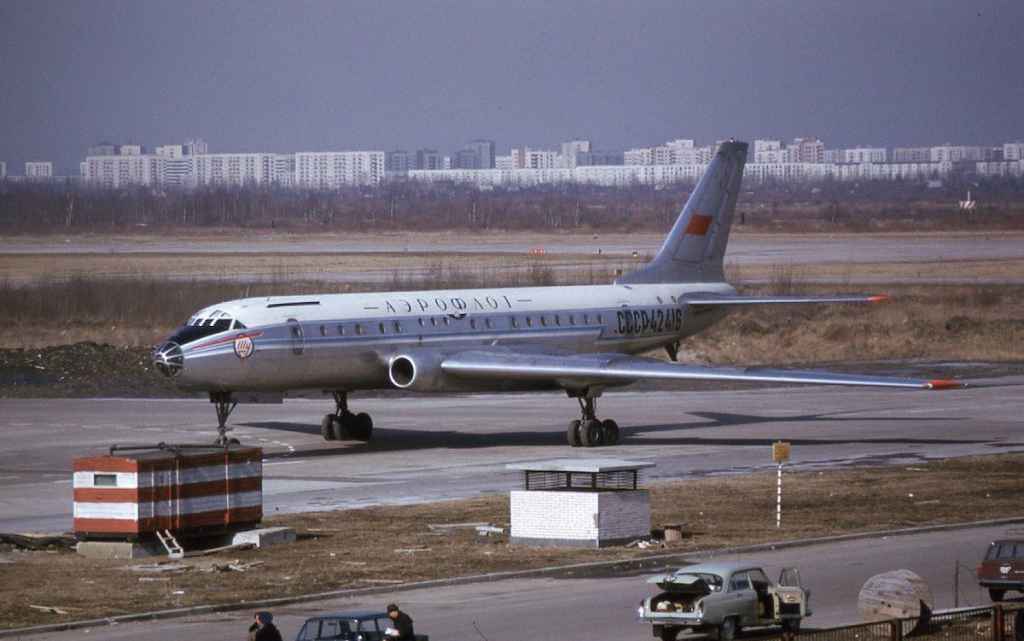 About the photos taken at Leningrad airport, I was told repeatedly that you could take photos anywhere – no restrictions. But you always felt that maybe you shouldn’t. At the Leningrad airport, our flight was delayed and there were all these great aircraft out on the tarmac. I pulled out my camera and went over by the window and started taking photos with my back fully to the window to prevent people behind me seeing what I was doing. I went through a roll of film which included shots of Russian military helicopters flying by. But my students came over and asked what I was doing and I forgot where I was and start to explain about airplane photo taking and took some photos without screening the camera from view. Shortly thereafter, four men cam over and said, “Would you come with us”. They didn’t touch me but I didn’t want to find out what they would do if I resisted.

All I remember is seeing the look on Carol’s face and on others waiting for the flight as I was marched away. We came to a huge door and they knocked. A man came out and they talked with him in Russian. He suddenly got mad and started shouting at them and all four ran – actually ran – away. He then said to me in a very friendly voice, “There is no problem – I apologize for what they did to you; you can go back to your group”. And that was that – except. About 15 minutes later, he came back and said, “It would make my life a lot easier if you would give me your film and sign this document saying you voluntarily gave me the film.”

The document was in Russian and I had one of the teachers who spoke Russian to read it and he said, “All it says is you have voluntarily given him your film”. I had the greatest urge to open the back of the camera, take out the film, and quickly expose it to light, but I didn’t. I wound it into the canister and gave him the film and singed the document. Then our aircraft arrived and as we boarded, they took our visa cards. As we were waiting for the aircraft to take off, two Russian officers in uniform with rifles came down the aisle of the plane.

You can imagine that I thought they were coming for me. However, nothing happened. We took off and the relief I felt was wonderful. We stopped at Helsinki (I image gas was cheaper in Helsinki than in Leningrad); and stopped at Goose Bay on our way back. It was a trip of a lifetime! 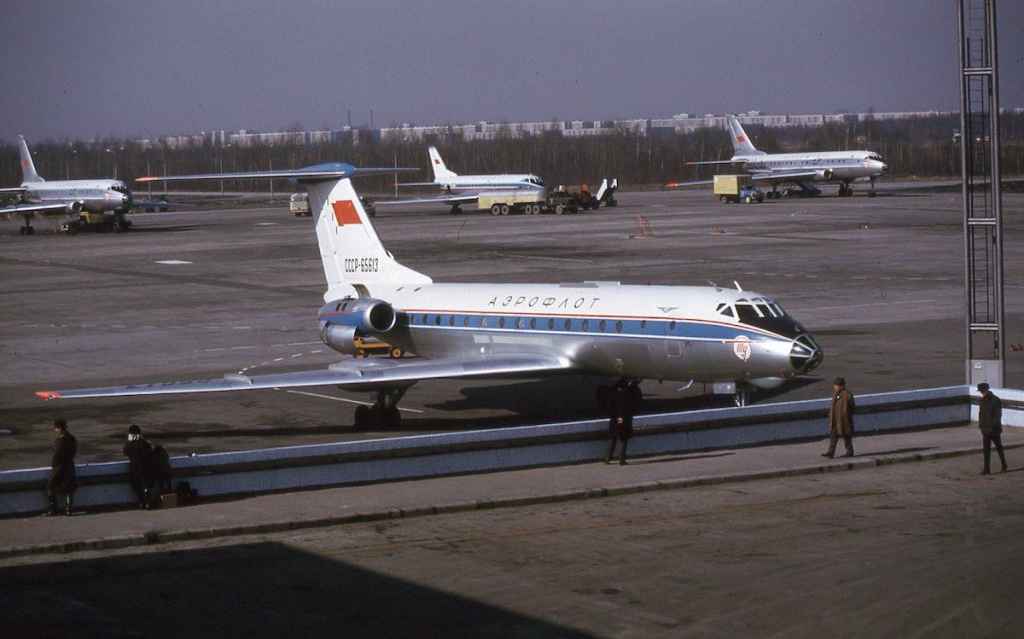 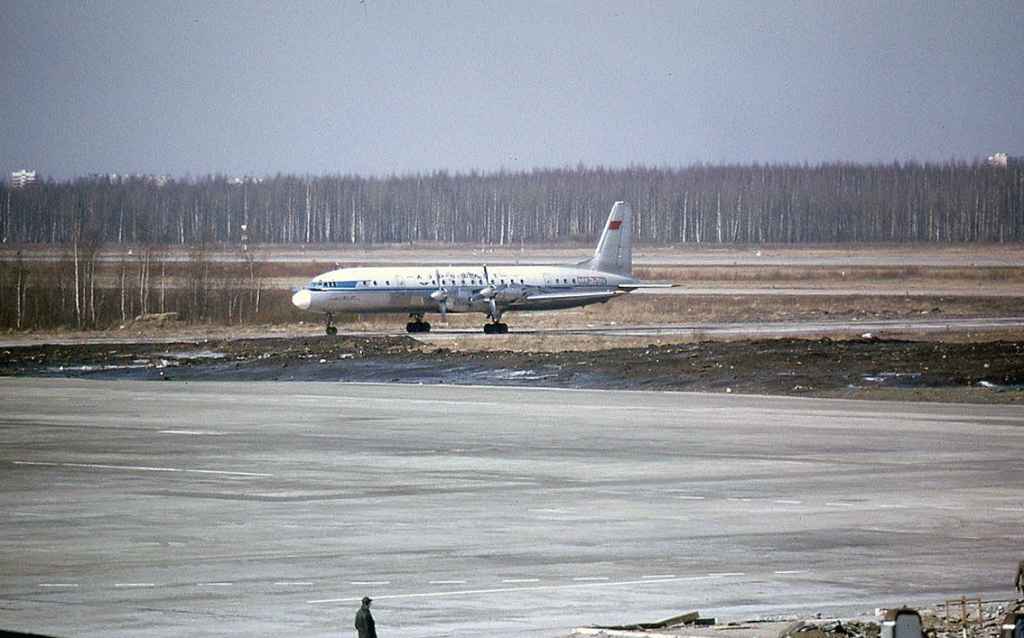 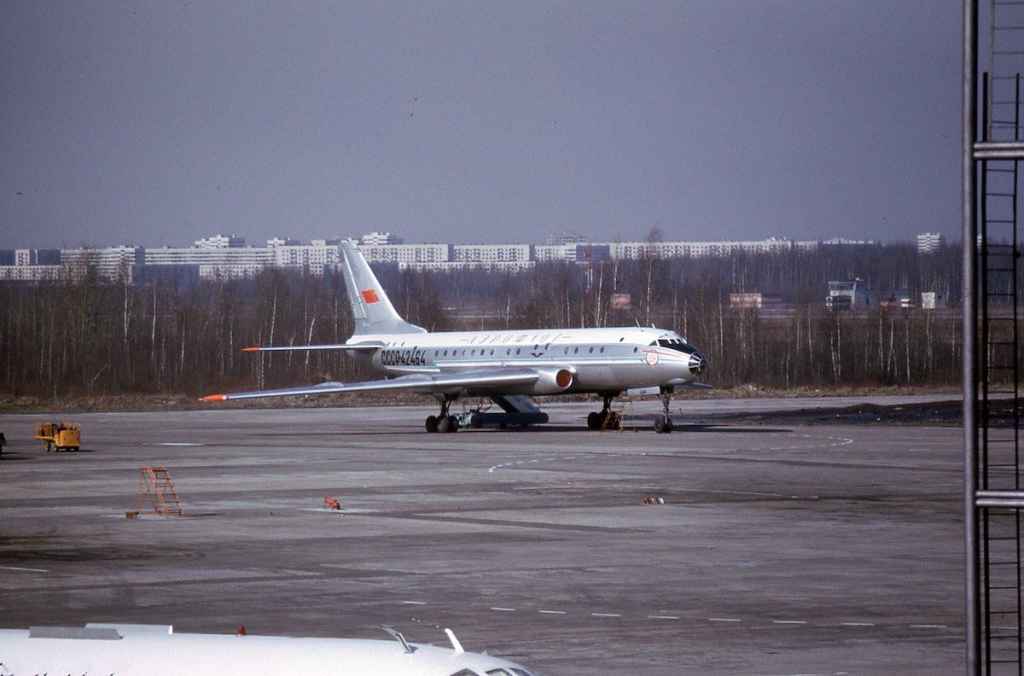