The turboprop era for the RCAF began in 1960 with the introduction of the CC-109 Cosmopolitan. The aircraft was essentially a license conversion of the Convair Twin of the then famous Convair liner airliner series. Cartierville, Quebec based Canadair used Napier Eland turboprop engines to covert ten used Convair 440 airframes to Convair 540 standard for the RCAF and they were delivered in 1960 and 1961. 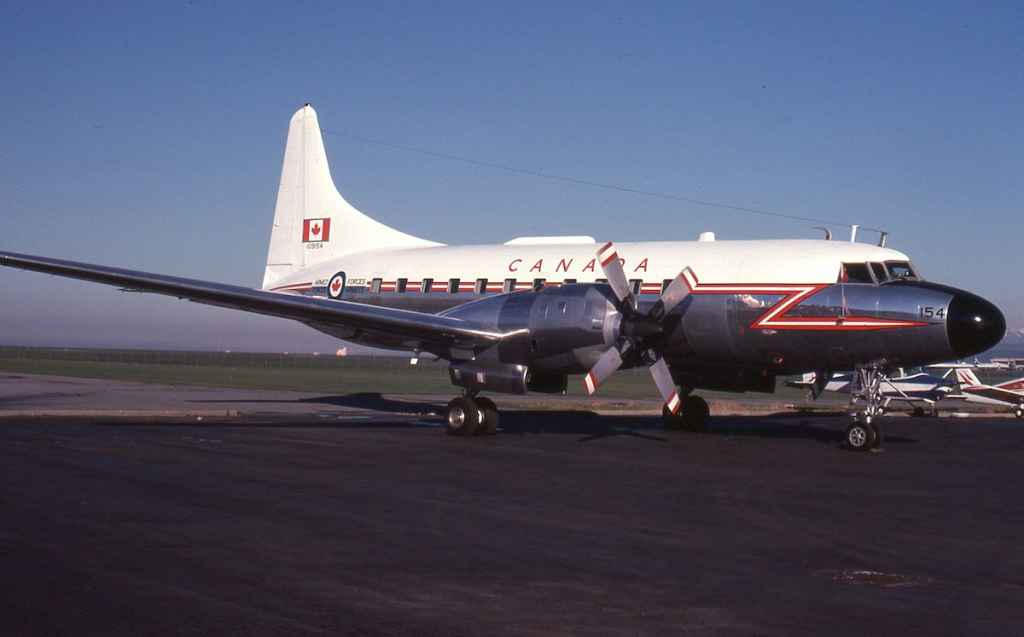 In 1966, the fleet was converted to Allison 501 engines (similar engine to the Lockheed Hercules and Electra) making thei aircraft essentially Convair 580s. The aircraft served as passenger and VIP military and Government transports for 34 years with only one airframe being lost to a ground fire and two were scrapped, but they served safely and efficiently without an accident for their entire RCAF Canadian Forces career.

The Canadair CC-109 Cosmopolitan fleet was retired from the Canadian forces in 1994 and the fleet was parked at Saskatoon where it was offered for sale to the civil market. The problem with the aircraft was their military designation and standards did not translate easily to civilan re-certification in Canada, the US or Europe. This limited the marketability of the aircraft.

Saskatchewan aviation entrepreneur and businessman Albert Ethier (a close friend of the author’s) acquired the fleet of Cosmopolitans from Crown Assets and he paid the Government a fair price for the aircraft package. Sadly, the Federal Government and aviation authorities failed to provide authorities for the aircraft to be used in non military operations, which made marketing the planes to civil operates almost impossible. The Cosmopolitan fleet languished for years at Saskatoon with a few airframes also sitting in Calgary. Alber Ethier was only ever able to lease/sell a few of the aircraft to operators in Central America and Africa, and the investment provided to be a very sad chapter of the aviation entrepreneur’s otherwise highly successful career.

We hope you enjoy the Canadian Armed Forces Canadair CC-109 Cosmopolitan images taken by Dr. John Blatherwick. Thank you very much for visiting this page, and enjoy!