November 8, 2019, by Henry Tenby | Category: Dr. John Blatherwick Photo Archive
Leave a comment
Prev1 of 35Next
Use your ← → (arrow) keys to browse

Kelowna Flightcraft was founded back in the 1970s by Barry Lapointe and Jim Rogers as a small courier carrier airline that operated corporate jets and turboprops on various contract routes across Canada. Based in Kelowna, BC, the airline famously operated IAI Jet Commenders as courier planes back in the 1970s and 1980s before moving into larger aircraft with Convair 580s becoming their specialty in the 1980s, with Boeing 727 series -100s and -200s being added to their fleet in the 1990s with even DC-10 freighters added in the 2000s. 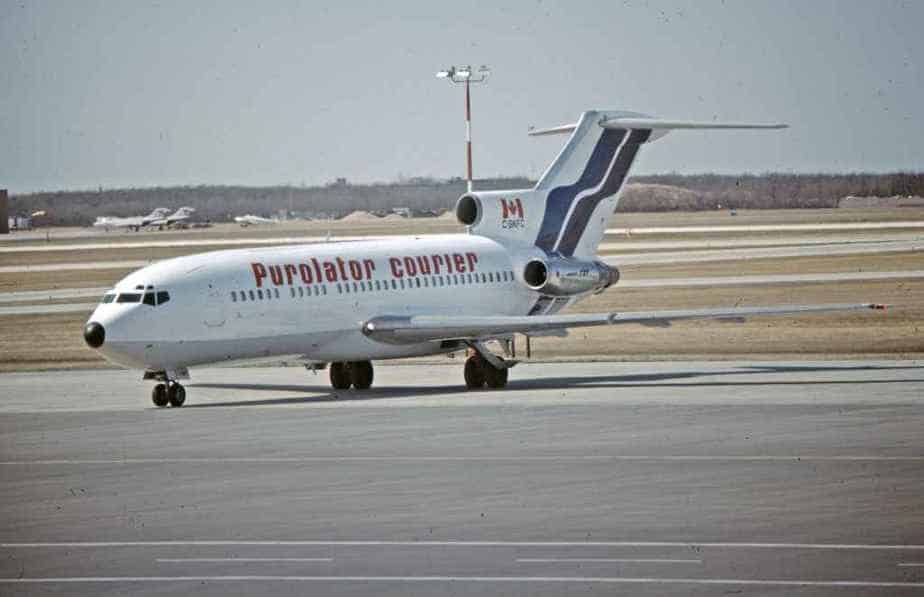 Kelowna Flightcraft predominantly operated contract flight services for Purolator and to this day still operates such services with a fleet of Convair 580s being Vancouver based for some decades. Their Kelowna Airport maintenance facility carries out engineering work on their own fleet of aircraft as well as third party contract maintenance work. Jim Rogers has since retired from the operation, and Barry Lapointe remains as the Chairman of the company. An interesting side note is that Kelowna Flightcraft devised and produced an updated and stretched version of the Convair 5800 in the mid 1990s, which they dubbed the Convair 5800.

Only a few airframes were actually converted with no other cargo airlines expressing interest in the project. Kelowna Flightcraft operated the converted 5800s themselves and the project was more or less shelved after the lacklustre industry support of the venture.