December 22, 2019, by Henry Tenby | Category: Dr. John Blatherwick Photo Archive
Leave a comment
Prev1 of 12Next
Use your ← → (arrow) keys to browse

North Cariboo Flying Service dates its history back into the 1970s when a former Finnair Convair 440 was acquired for passenger charter work. The aircraft was a frequent resident at Vancouver and by the early to mid 1980s a Convair 640 was acquired (former PWA aircraft) and even a British Air Ferries Viscount 800 was leased in the mid 1980s for sports team charter work based from Vancouver. During this period two DC-3s were operated along with an Islander. In recent years the airline had acquired their first BAe RJ100 jet, which operates sports team charters and oil patch charters in Western Canada. 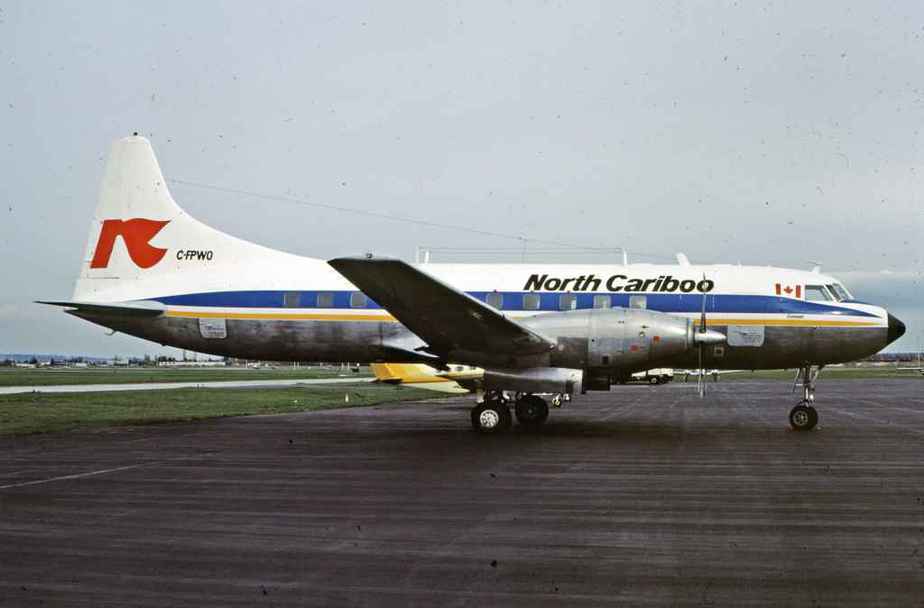