June 29, 2020, by Henry Tenby | Category: Airlines World - Vintage Photo Histories
Leave a comment
Prev1 of 39Next
Use your ← → (arrow) keys to browse

JAL All Nippon JDA: The Airlines of Japan in the 1960s
By Henry Tenby

The airline scene in Japan during the 1960s was very exciting, as photo access was easy, and the domestic Japanese airlines had very nice colour schemes and operated an interesting mix of both old and new aircraft of the day. The commercial airliner photo scene was headquartered at Tokyo’s famous Haneda airport, with its sprawling open air viewing decks which were some of the best in the world. This collection of vintage Japanese airliners from the 1960s includes Japan Airlines, ANA All Nippon Airways, JDA Japan Domestic Air Lines, and some of the lesser known smaller carriers of the day too. 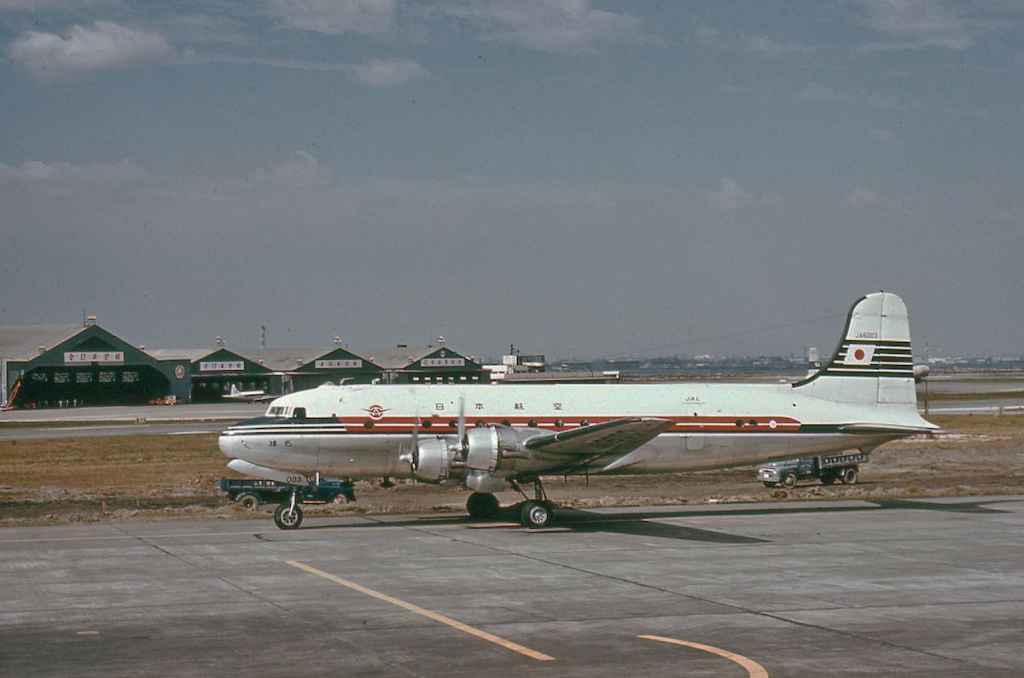 Henry Tenby has been collecting 35mm aircraft slides since the early 1980s, and has amassed the collection of vintage Japanese airline slides presented in this posting from his collection.