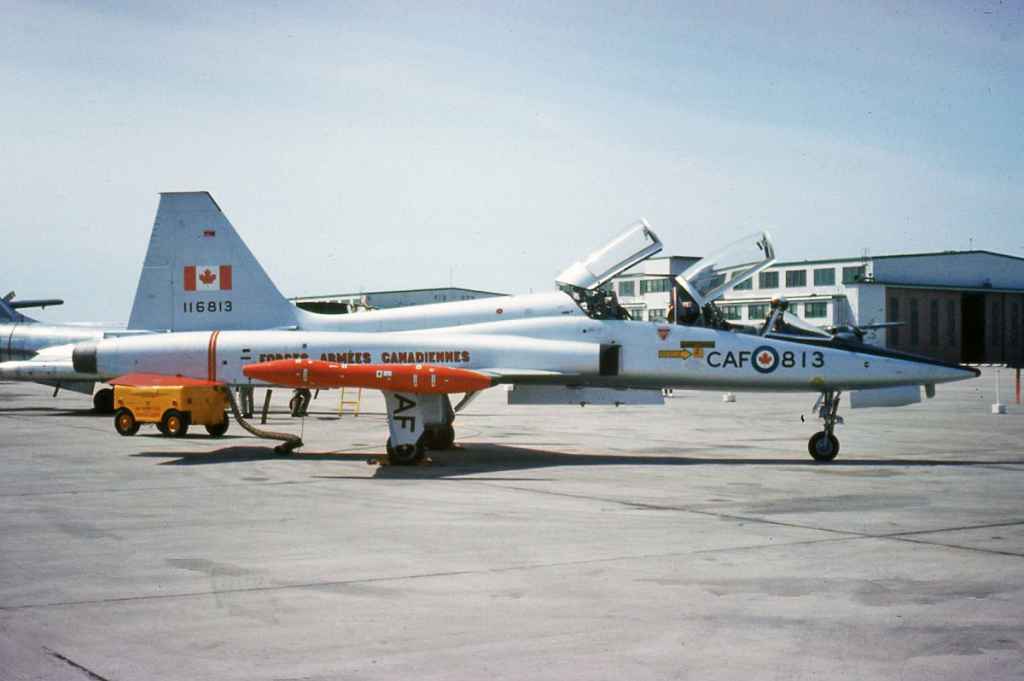 The Canadian Armed Forces took delivery of large numbers of the Northrop F-5 Freedom Fighter which was re-designated the CF5 for operations in Canada’s defence. The F5 was built in both single and two seat versions with the latter being used predominantly in the training role in Canada.

The CF5 was based across the country with active defence Squadrons as well as with the training and experimental duties at CFB Namao and Cold Lake, predominantly in the 1970s. The CF5 was used for active interceptions and deployed to support Canadian peacekeeping missions with the UN to Europe, Cyprus and was frequently seen in both the UK and German during the heyday of its operations throughout the 1970s.

The type was withdrawn from active Canadian Forces service through the mid 1990s having been replaced with CF18s and Hawks, but the CF5 was an extremely capable and well respected aircraft by air and ground crews alike. It was also a very good looking aircraft and was a popular build for plastic modellers.

We hope you enjoy the Canadian Armed Forces CF5 images taken by Dr. John Blatherwick. Thank you very much for visiting this page, and enjoy!