During the 1950s and into the 1960s the RCAF operated a fascinating fleet of classic transport aircraft on a wide range of duties serving at various locations across Canada and abroad. 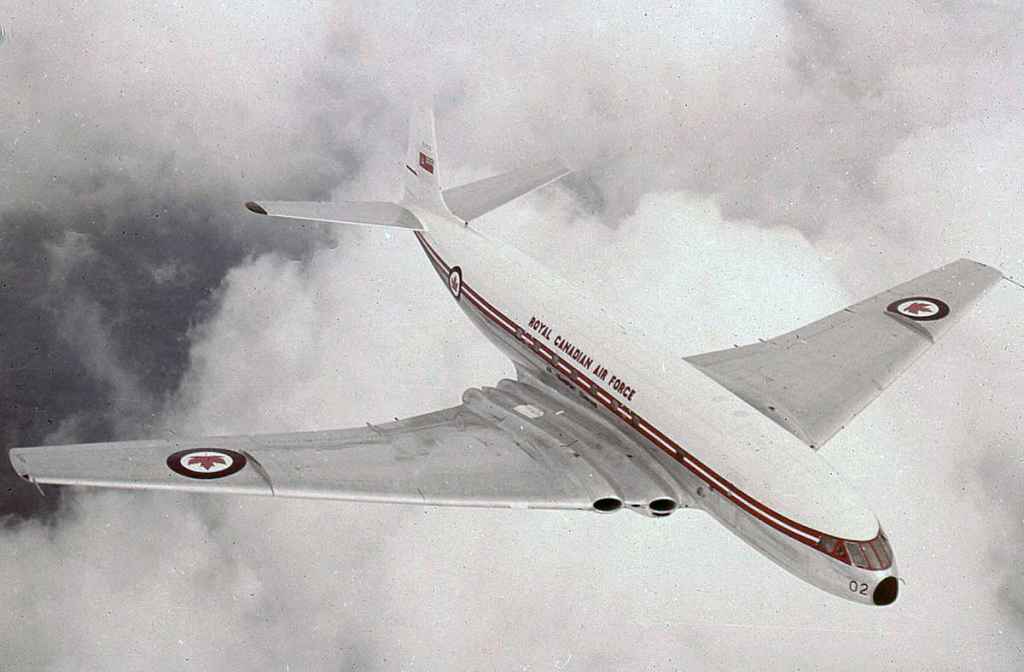 A very rare colour transparency of an RCAF Comet 1 photographed inflight in the very early 1950s.

The Lockheed Neptune, Avro Lancaster, and HU-16 Albatross served water related duties including coastal command and search and rescue, primarily on Canada’s East and West coasts as well as over our Northern shield into the high arctic. The Bristol Freighter and C119 Flying Boxcar was referred to as a “Dollar Nineteen” and performed cargo and troop transport duties within Canada and supporting our troop duties in theatres abroad.

For VIP and long haul troop transport by air the RCAF used both the DC-4M2 Northstars and the De Havilland Comet 1A, and the RCAF was the world’s first air force to operate a jet transport when the two Comets were delivered in 1953. The Comet 1A did not have a good record with commercial airline operators due to the crashes and window design related engineering flaws. The two RCAF Comets served very well within the RCAF for a decade operated by 412 Squadron based at Ottawa Uplands bridging the Atlantic for VIP duties.

The Canadair Northstar marked the entry of the RCAF into the realm of the large four engined air transport. The Northstar was a license built pressurized version of the DC-4, with four Rolls Royce Merlin engines. The first 4 Northstars for the RCAF was first leased to TCA, but service with the RCAF started in 1947 with 426 Transport Squadron based at Montreal Dorval. This Squadron received the majority of the RCAF Northstars and operated them as part of the UN airlift to support the Allied efforts during the Korean War. One Northstar received special icing testing equipment and became known as the “Rockliffe Ice Wagon”. RCAF Northstar 17514 after its retirement from military service was operated for several years into the 1970s as a testbed for the National Aeronautical Establishment based at Ottawa.

By the close of the 1960s all of the types mentioned had been retired from service by the RCAF.

We hope you enjoy the Canadian Armed Forces 1950s and 1960s transport images taken by Dr. John Blatherwick. Thank you very much for visiting this page, and enjoy!