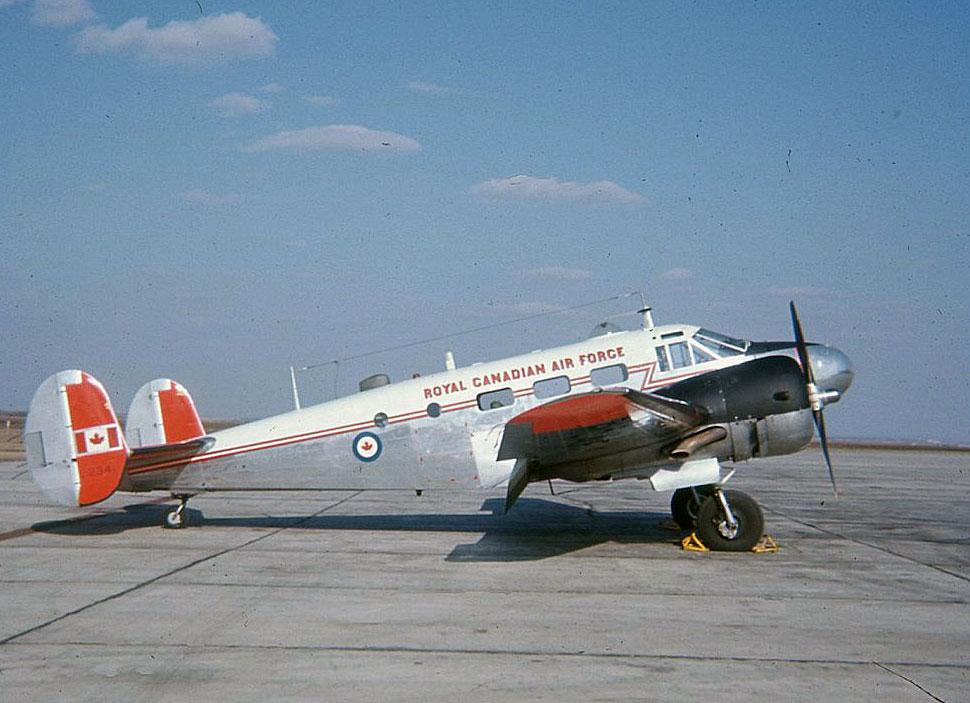 The Beech 18 C-45 Expeditor was a design from World War II and was used by the RCAF in the 1950s and 1960s as a general utility transport for short haul missions and as a trainer, and ended its RCAF career with Air Reserves Units with the last example being retired from active service in 1970. It is believed that eleven different serial numbers were operated by the RCAF which were all acquired between 1952 and 1953. The registrations were as follows:

Some of the retired RCAF Beech 18s were sold to commercial operators both in Canada and the US, while 1577 is retained as a museum exhibit at CFB Winnipeg. We hope you enjoy the RCAF Royal Canadian Air Force Beech 18 C-45 1960s images taken by Dr. John Blatherwick. Thank you very much for visiting this page, and enjoy!