The RCAF and Canadian Armed Forces operated a fleet of 8 Dassault Falcon 10 executive jets on VIP and Government transport duties for a twenty year period. The initial purchase of 7 new Falcon 10s was in 1967 with a single additional purchase in 1971. Initially the first 7 Falcons were operated by the 412 Squadron as short haul VIP jet transports based at Ottawa Uplands and were configured to carry 10 passengers. 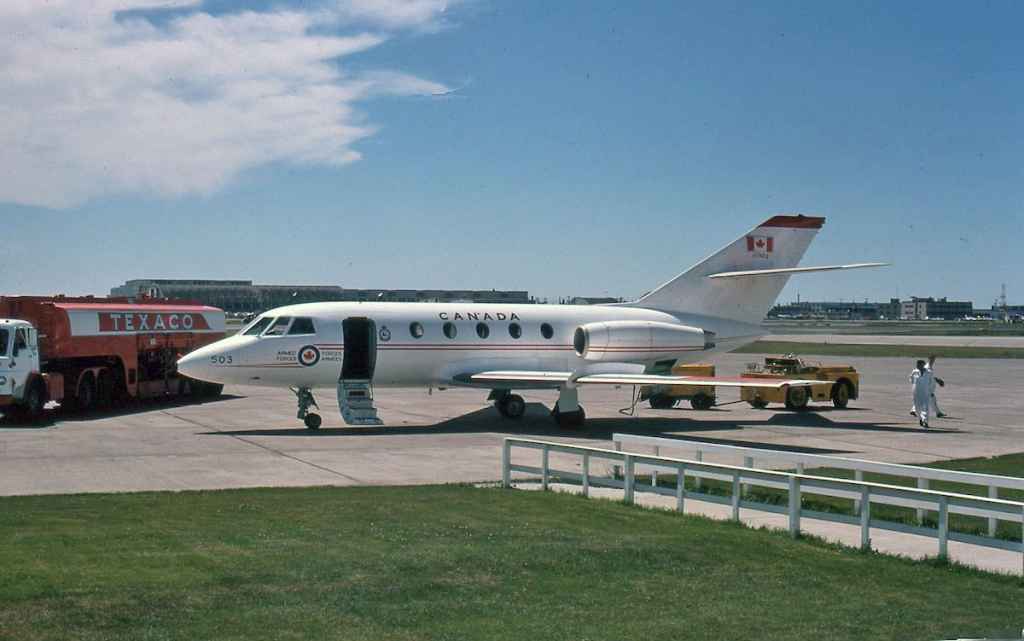 In the mid 1980s 4 of the Canadian Forces Falcon 20s were transferred to 414 Squadron for use as electronic jamming aircraft, having been replaced by brand new CC1-144 Challengers. The Canadian Forces eventually retired the CC-117 Falcon 20 fleet in the late 1980s and early 1990s.

One example 117508 was transferred to the Canadian Department of Energy Mines and Resources and was operated by Innotech Aviation eventually with the civy street registration C-GRSD-X during the 1970s.

We hope you enjoy the Canadian Armed Forces CC-117 Falcon 20 images taken by Dr. John Blatherwick. Thank you very much for visiting this page, and enjoy!