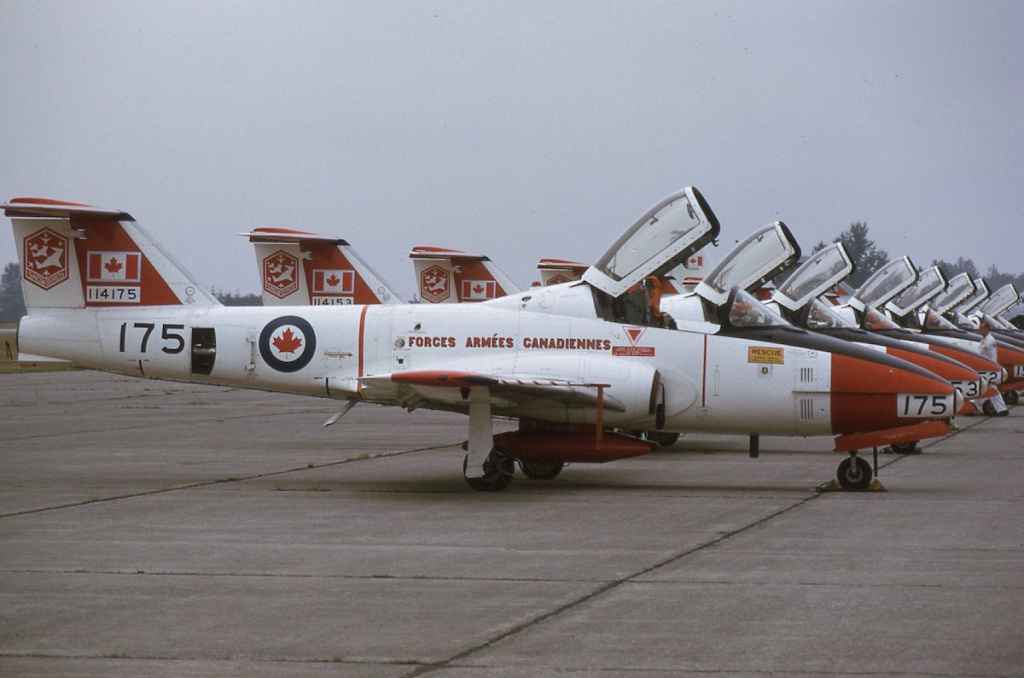 CL-41 production spanned from 1963 to 1966 and some 212 airframes were built during this period. Designated the CT-114 within the Canadian Armed Forces, the only export military air arm to order and operate the CL-41 Tutor was the Malaysian Air Force. The Tutors were largely based in Cold Lake, Alberta and Moose Jaw, Saskatchewan were initial jet pilot training has been conducted at CFB Cold Lake going back to the types first introduction the mid 1960s.

Although the Tutor was replaced in the trainer role with the Canadian Armed Forces by newer generation British Aerospace Hawk trainers in the early 2000s, a number of CL-41 Tutors have remained in the Canadian Armed Forces active inventory as they remain the main demonstration aircraft with the Snowbirds aerial demonstration Squadron which is based as Moose Jaw. It is not known how much longer the CL-41 Tutors will remain active with the Snowbirds, but it could easily be through the 2020s.

We hope you enjoy the Canadian Armed Forces CL-41 CT-114 Tutor images taken by Dr. John Blatherwick. Thank you very much for visiting this page, and enjoy!