The AV Roe (Avro) CF100 Canuck was a 1950s Canadian designed and built all weather jet interceptor custom developed for the Cold War, NATO and NORAD hostile interception and border defence needs of the RCAF and our US and European Allies. 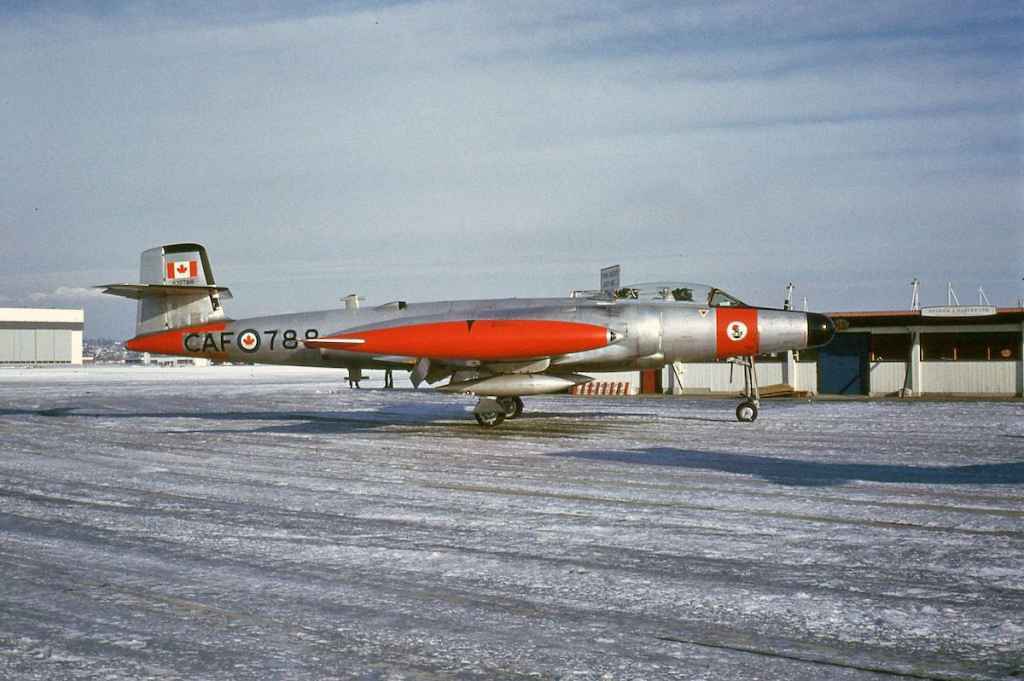 The CF-100 was nicknamed the “Clunk” but during her quarter century of service with the RCAF provided to be a safe and reliable all weather jet fighter interceptor. The AVRO CF-100 was delivery to the RCAF starting in 1953 with a total of 692 airframes being built during the 1950s production run. Within this production the Belgium Air Force took delivery of 53 CF100s during the 1950s.

In the late 1960s and throughout the 1970s the CF101 Voodoo replaced the CF100s and the type was finally retired from the Canadian Armed Forces in 1981, with the type making its farewell public appearances on the airshow circuit during the summer of 1981.

We hope you enjoy the Canadian Armed Forces CF100 Canuck images taken by Dr. John Blatherwick. Thank you very much for visiting this page, and enjoy!