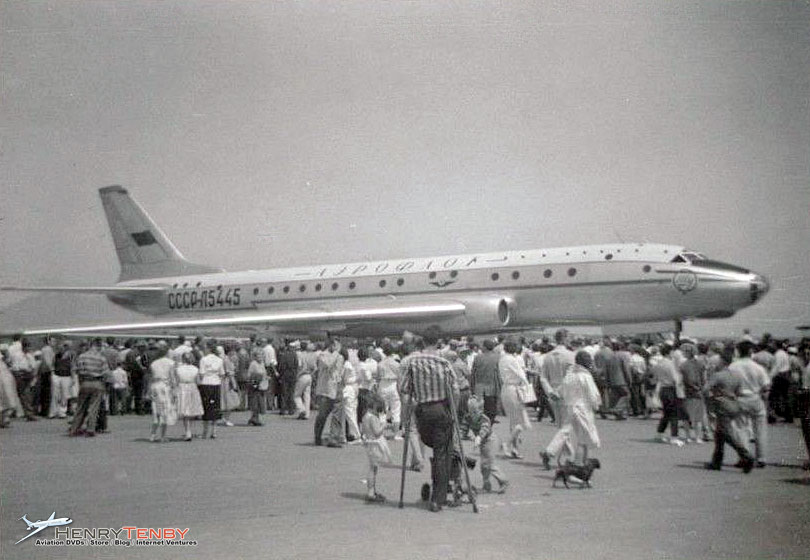 Aeroflot TU-104 jetliner CCCP-175445 at the Vancouver airport airshow on Sunday, June 25, 1958. It was here that Boeing’s 707 Test Pilot Tex Johnston told the TU-104’s pilot what he thought about the aircraft after having had a flight on it that day: ““In my twenty-one thousand hours of piloting time, the TU-104 is the sorriest damn airplane I have ever had the misfortune of flying in.”

What follows is an account as described by the Price George Citizen paper that was headlined “Incident at Vancouver Airshow: Russian Pilot Gives – And Gets – Emphatic ‘Niet'” 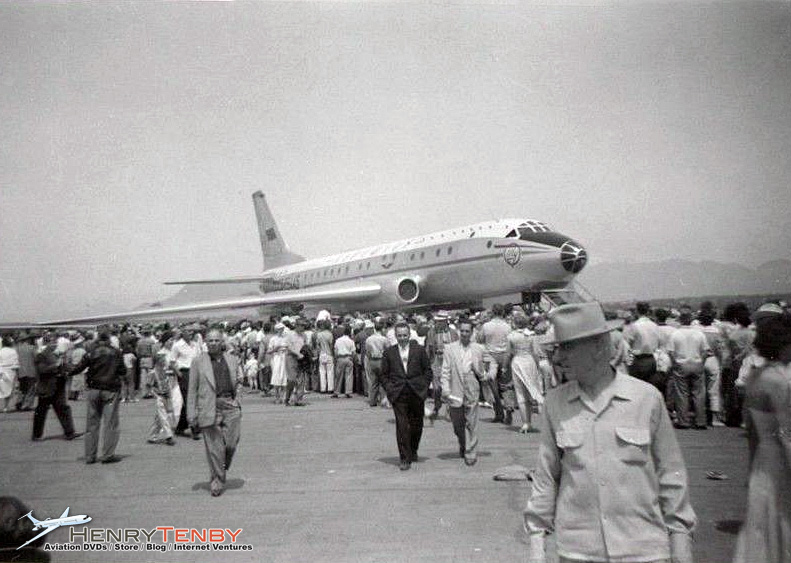