Between the mid 1940s and the late 1980s the Royal Canadian Air Force and Canadian Armed Forces operated a fleet of several hundred different airframes of the C-47 over the passing decades.

The reliable transports were based from coast to coast, with major bases including CFB Cold Lake, CFB Winnipeg, and CFB Shearwater, in addition to overseas assignments supporting Canadian troops in our NATO commitments at bases with Europe, primarily in the UK, France and Germany. 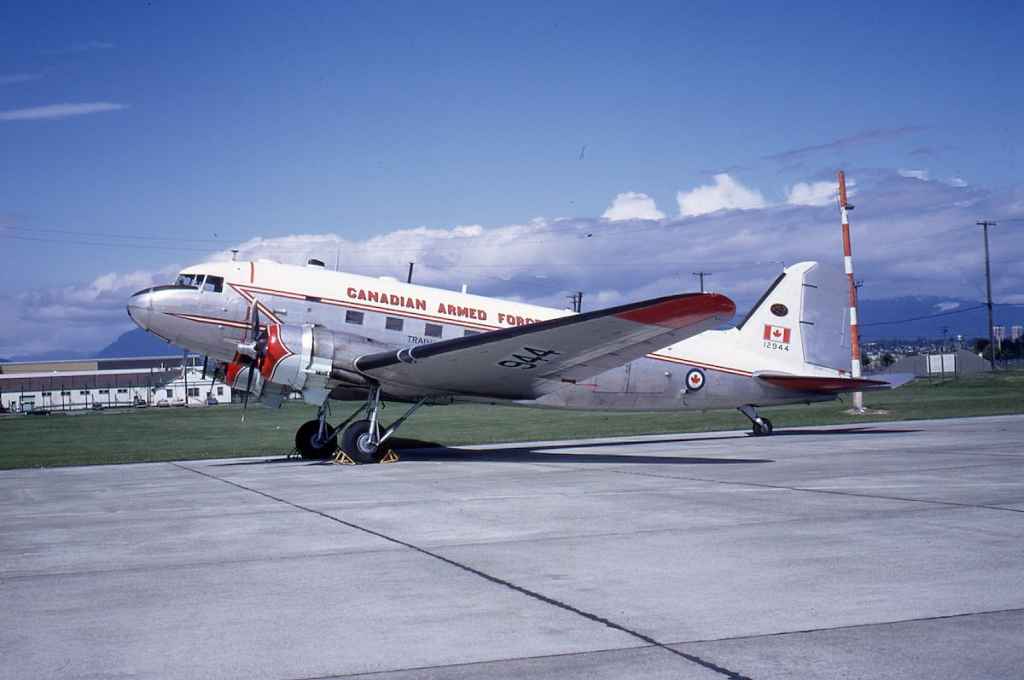 Many of the aircraft were built by Douglas of Santa Monica during World War II, and after their retirement from Canadian military duty a good number of the C-47 Dakotas were sold into the civil market operating for smaller Canadian airlines. The C-47 aircraft were operated under several divisions including Rescue, Air Training Command, Maritime Command, and Mobile Command.

Most of these lovely images were taken by Dr. John Blatherwick during his Canadian travels in the 1970s.