Between the 1950s and the early 2000s all branches of the Canadian Armed Forces including the RCAF and Royal Canadian Navy operated Canadian licensed built versions of the Lockheed T-33 in the fighter trainer role. The aircraft were designated as CT-33s and were built by Cartierville based Canadair in the 1950s.

Over the period of half a century there reliable all weather jet trainers were based from coast to coast, with major bases including CFB Cold Lake, Namao, CFB Comox, CFB Bagotiville and and CFB Shearwater, in addition to overseas assignments supporting Canadian troops in our NATO commitments at bases with Europe, primarily in the UK, France and Germany. 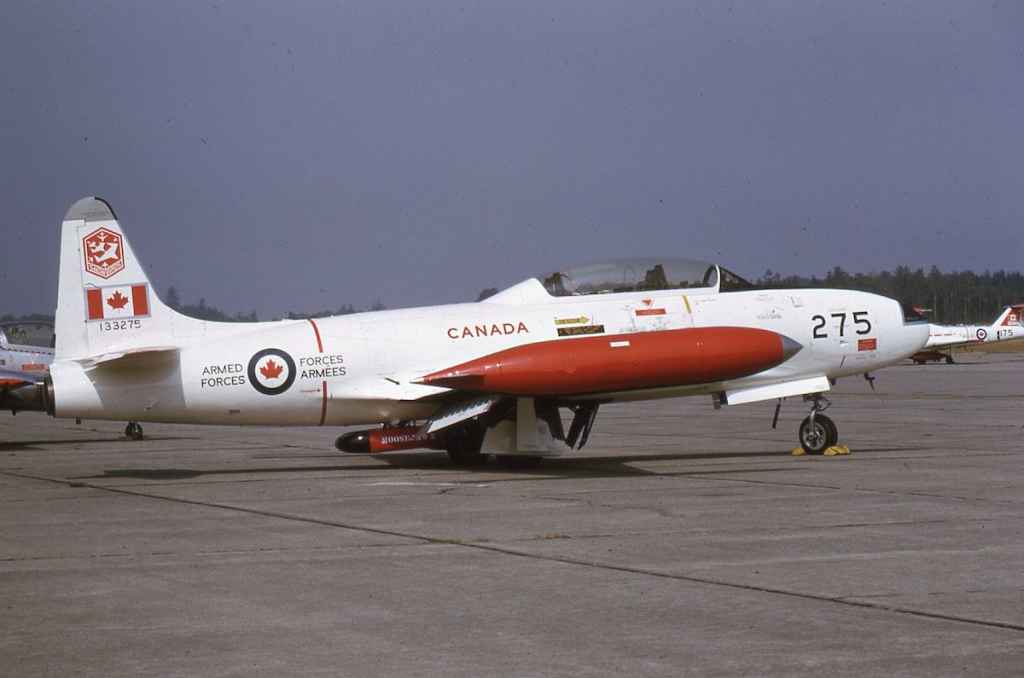 During the 1970s many of the Canadian Armed Forces CT-33s underwent system upgrades performed Northwest Industries at Edmonton’s Industrial / Municipal airport, which was also responsible for decommissioning work on surplus CT-33s as they were retired from the active military duty and sold to private owners and overseas military air arms, which included the Bolivian Air Force.

Most of these lovely images were taken by Dr. John Blatherwick during his Canadian travels and airshow visits between the late 1960s and early 2000s..