During the early 1970s when the Vietnam War was raging in Vietnam, Taipei was a strong US ally and their international airport at Taipei (Sung Shan) was a major depot and transit point for the US military.

As is clearly evident in the colour slides taken in 1971 by the late Rick Wargo, we can see that maintenance was performed on an assortment of US military transport aircraft at this location. Specifically, the China Airlines hangar was either made available to the US military to conduct depot repairs, or repairs were contracted out to the airline. The fact that in some of the photos we can see that the hangar roof signage “China Airlines” has been changed to “INA AIRLINES” suggests that the airline did not want to advertise whatever the arrangement might have been, whatever the case.

Taipei’s Sung Shan airport is very much a city airport in that it is very close to the city centre, and in later years a larger international airport (CKS) was constructed quite some distance from the city. That said, to this very day, Sung Shan remains a very busy and popular airport, largely serving airlines that connect Taipei to other cities on the airline and in the region.

But back in 1971, the international traffic at Taipei Sung Shan airport was rather impressive. The presence of Flying Tigers Douglas DC-8-63s, and Northwest Orient and TWA Boeing 707s, suggests the airport was a popular transit point for long haul services bring US servicemen from the Continental US to serve their tours of duty in the Vietnam War. Many of these very flights might have also had transit stops at Honolulu, which was also a popular Vietnam War charter transit location.

The ROC Taiwan domestic airline scene was a lot less developed than today, with local service provided by China Airlines NAMC YS-11, 727-100 and DC-4 aircraft, and Far Easter Air Transport Dart Heralds. It seems the photo vantage points at Sung Shan airport in 1972 consisted of an elevated apron view from the airport terminal building, as well as several outside photo spots by the runway and taxiway. It is believed that excellent photo spots remain near the airport ring road under the final approach, as the close confines of the city’s developments require aircraft to make very low approaches over the road.

Of course we must be very grateful that the late Rick Wargo took these very interesting photos, and we extend very special thanks to Rick’s wife Karen for making these images available so they could be shared and enjoyed. 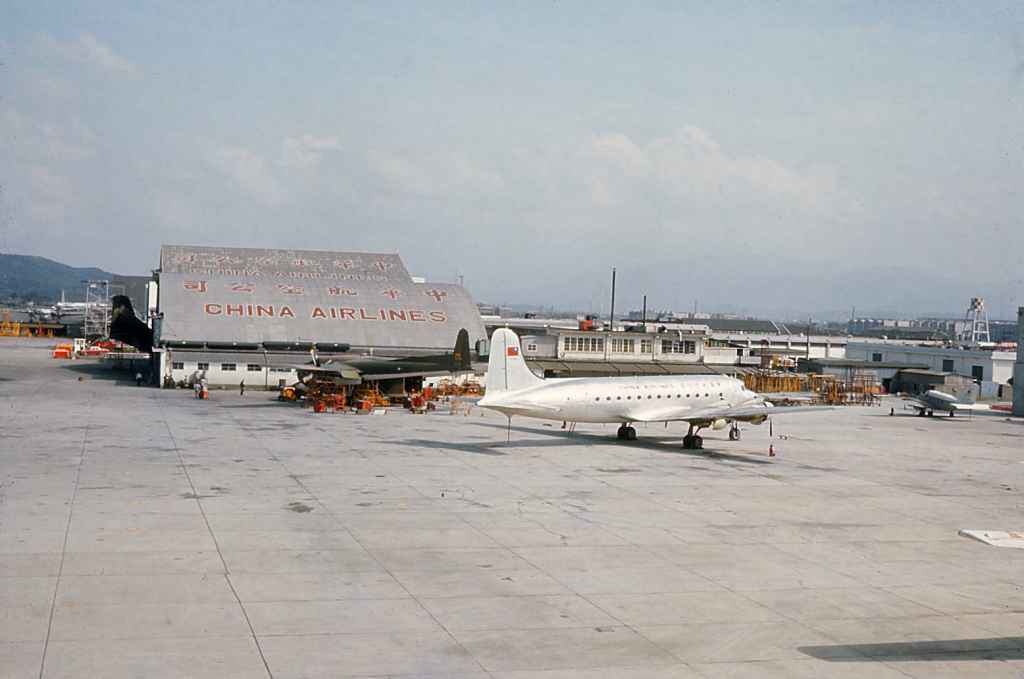 China Air Lines DC-4 at company hangar at Taipei Sung Shan airport 1971. Notice the “China Airlines” name on the hangar roof. This was changed soon after this image was taken, as explained below. 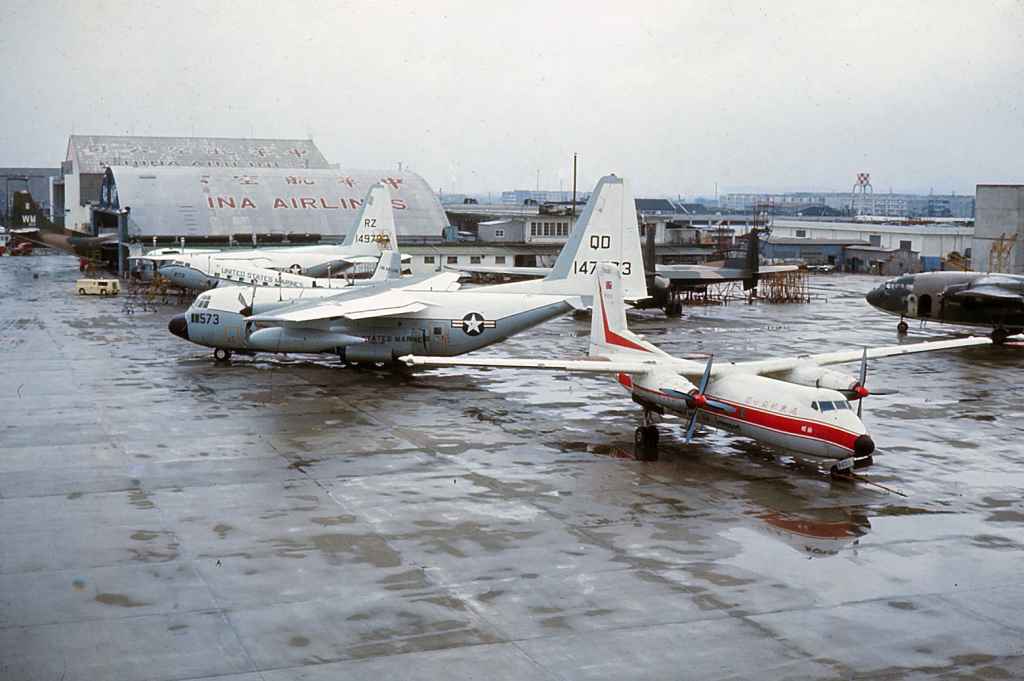 Awesome view of FEAT Far Eastern Air Transport Dart Herald B-2011 at Taipei Sung Shan airport circa 1971. Notice all the USAF military transports parked at the “INA AIRLINES” hangar. A fictitious name most likely, as these aircraft were receiving maintenance here in support of the Vietnam War efforts. And China Airlines preferred not to advertise the fact. 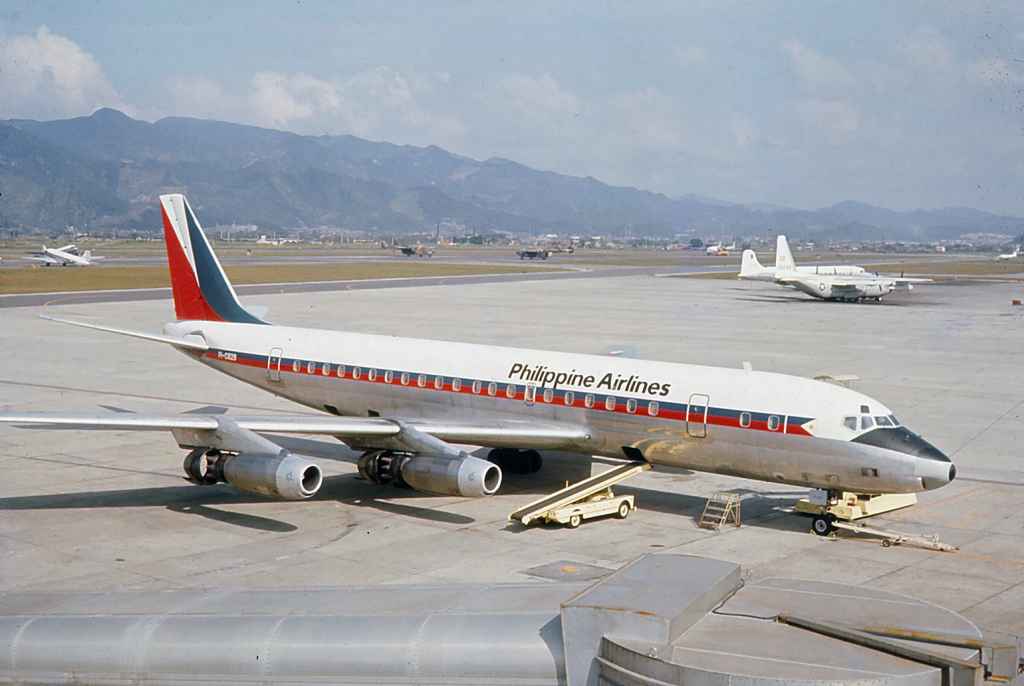 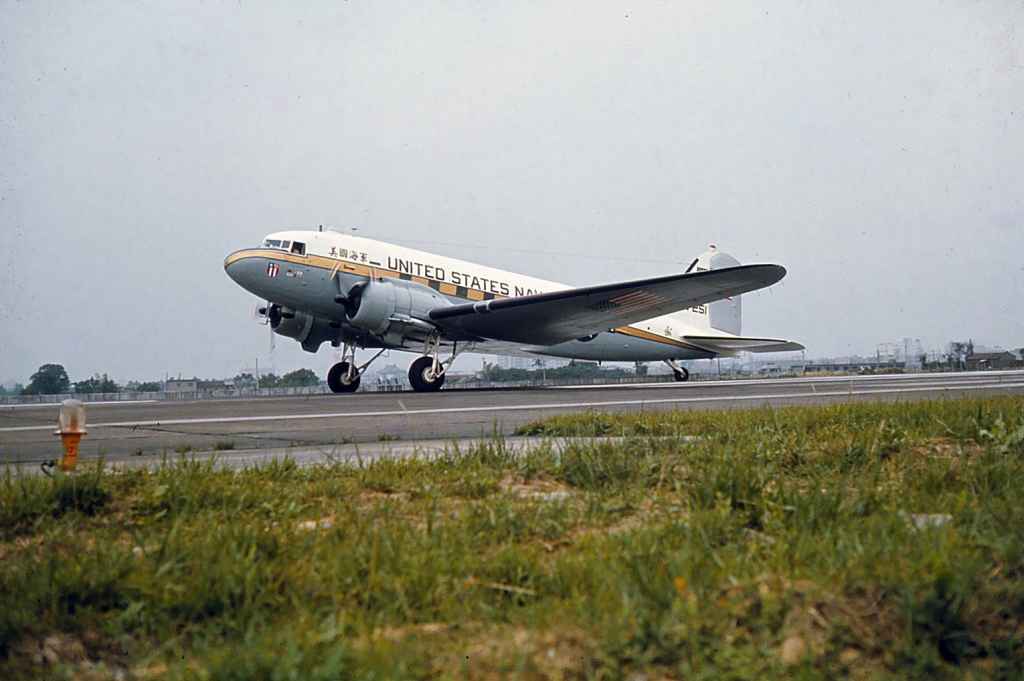 US Navy C-47 South East Asian based aircraft at Taipei Sung Shan airport circa 1971. Notice the Chinese characters on the forward fuselage. 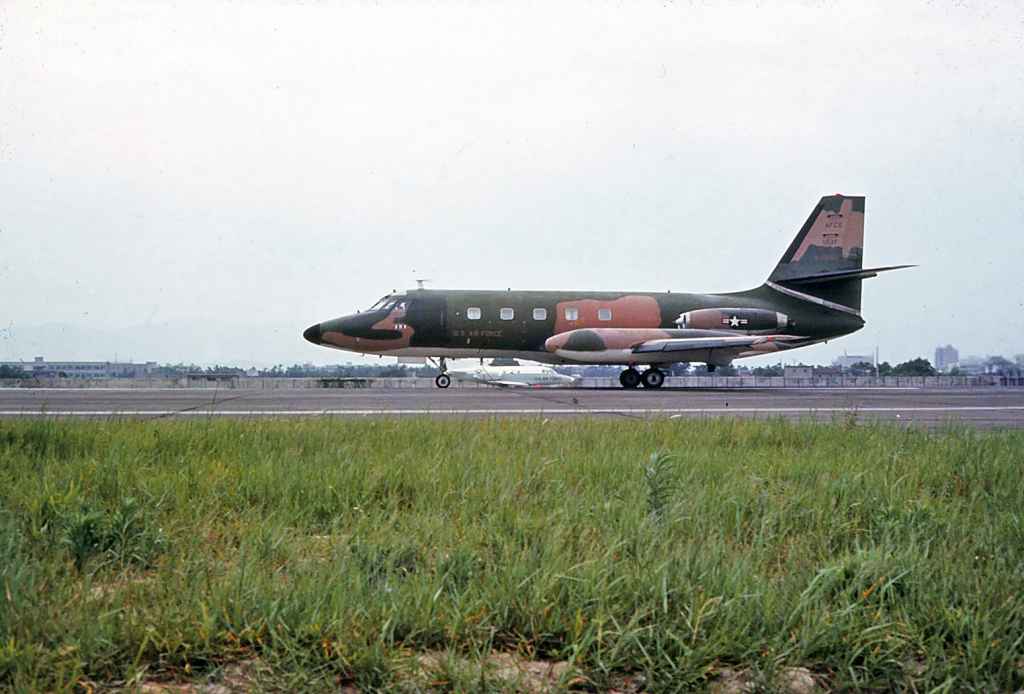 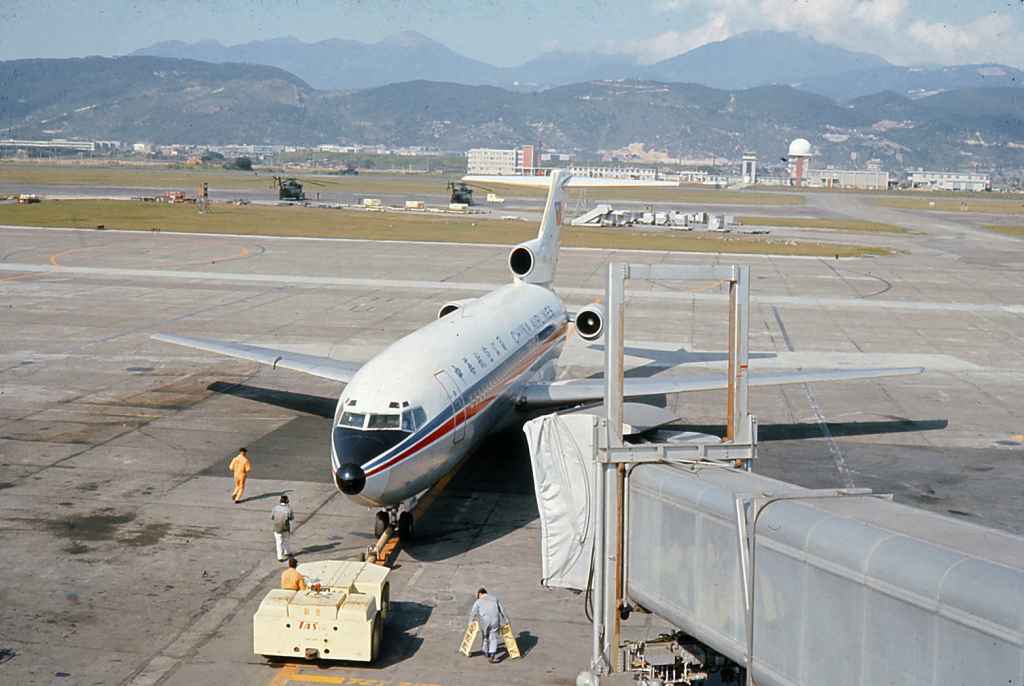 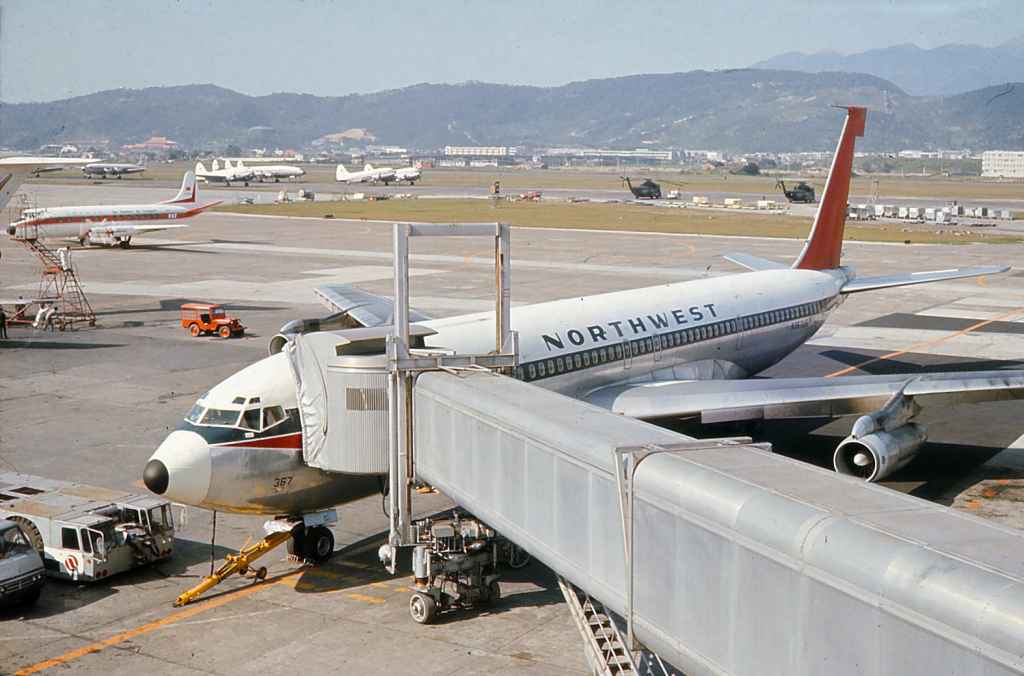 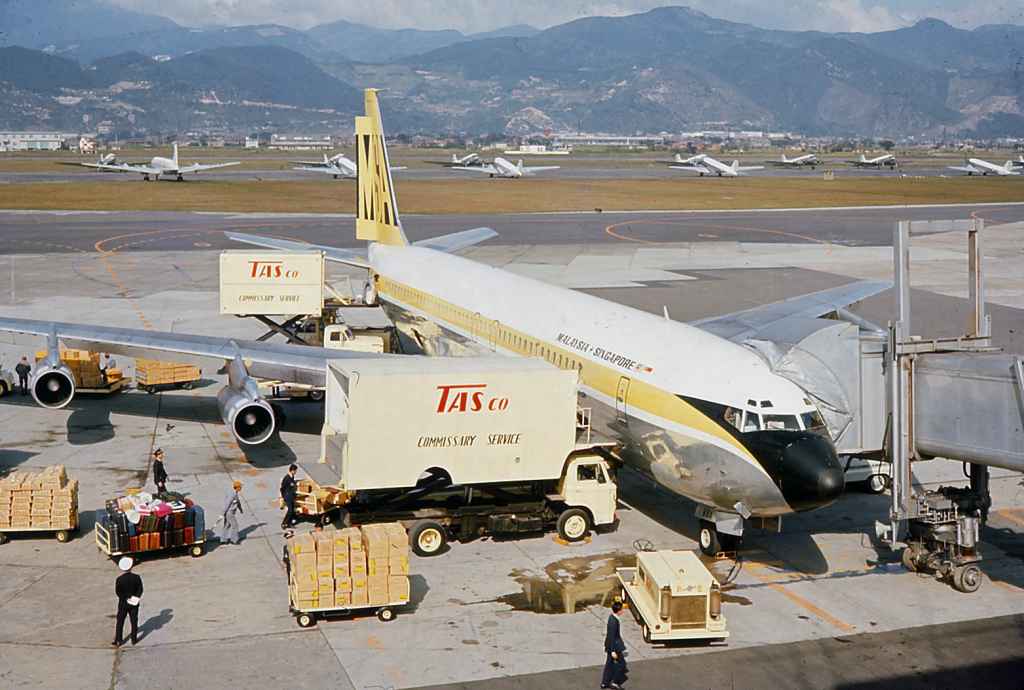 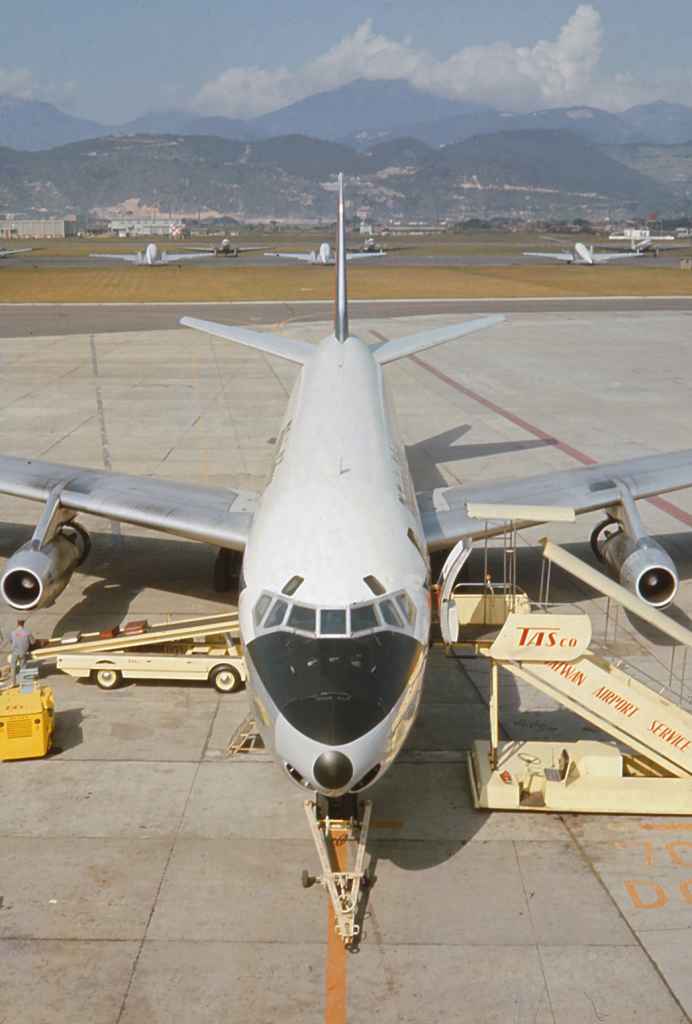 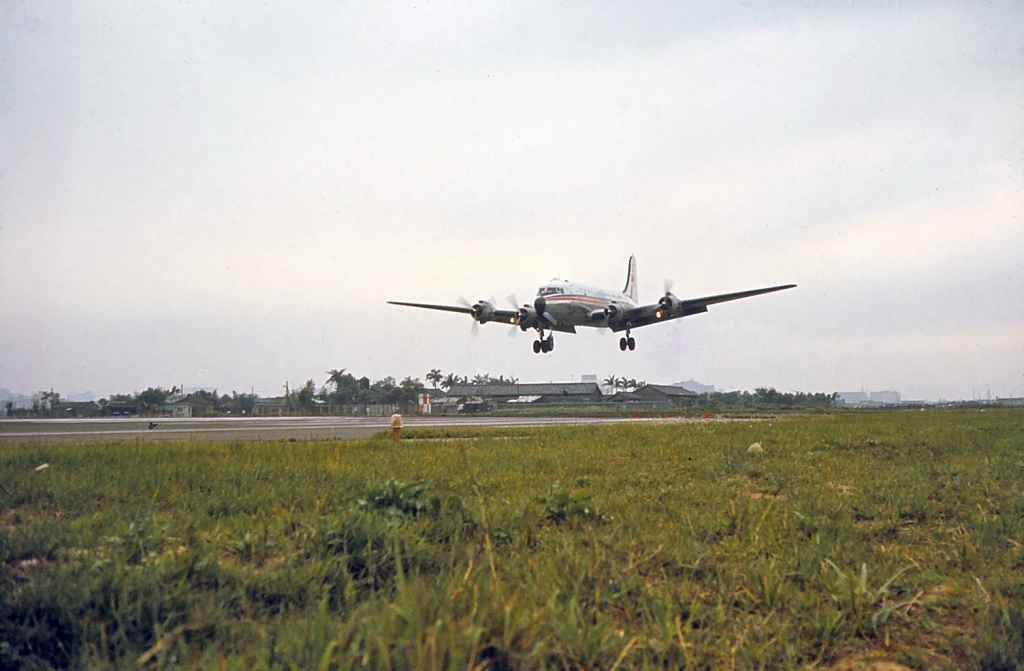 China Airlines DC-4 about to touch down at Taipei Sung Shan airport circa 1971. 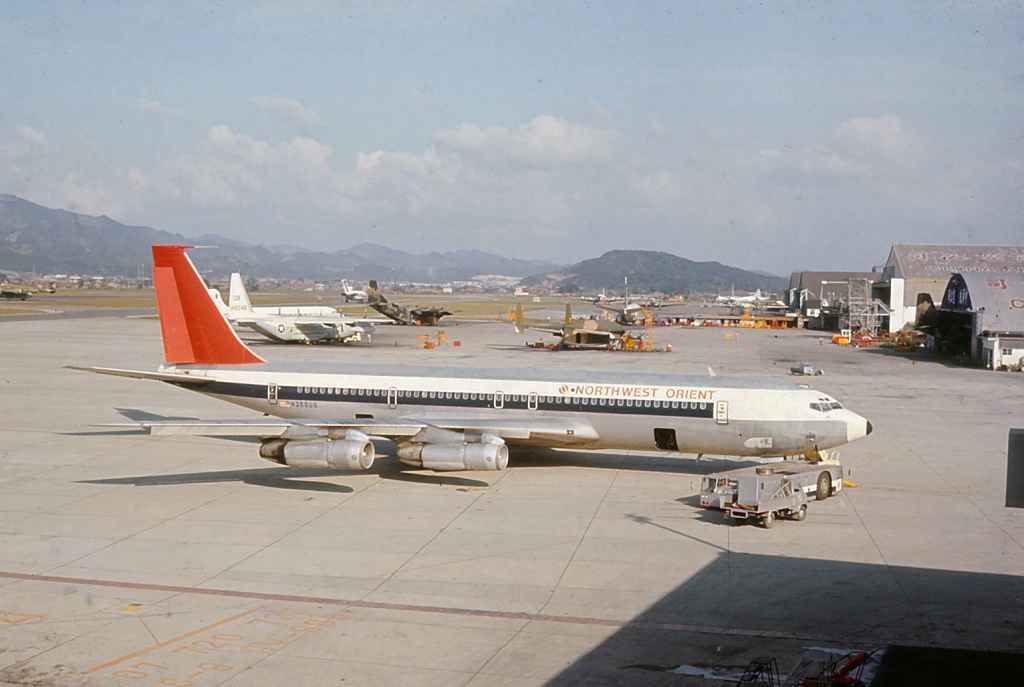 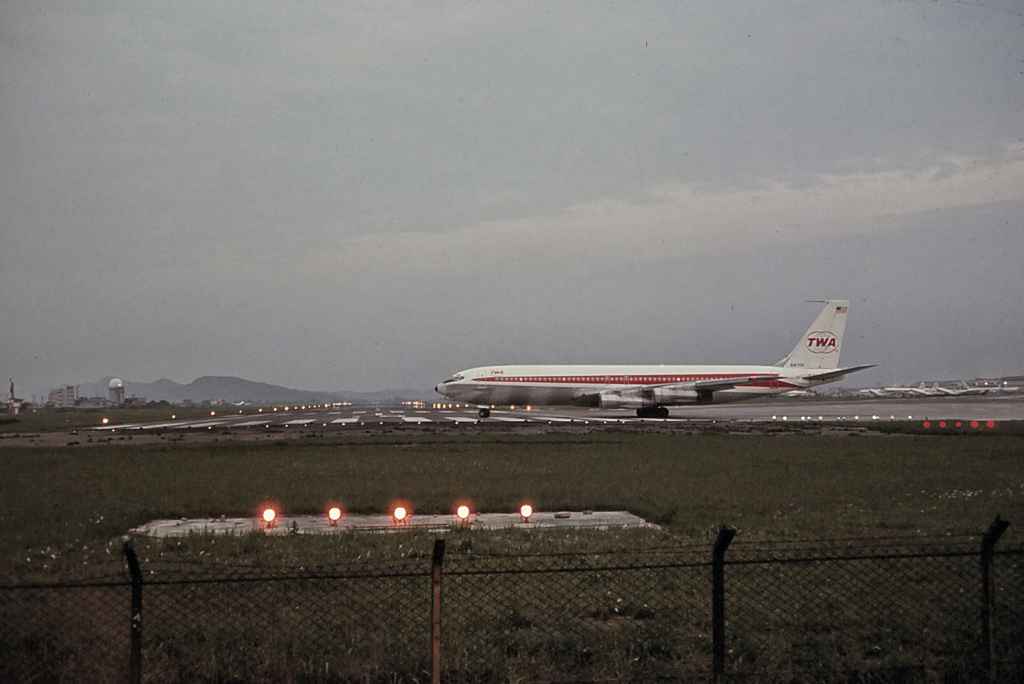 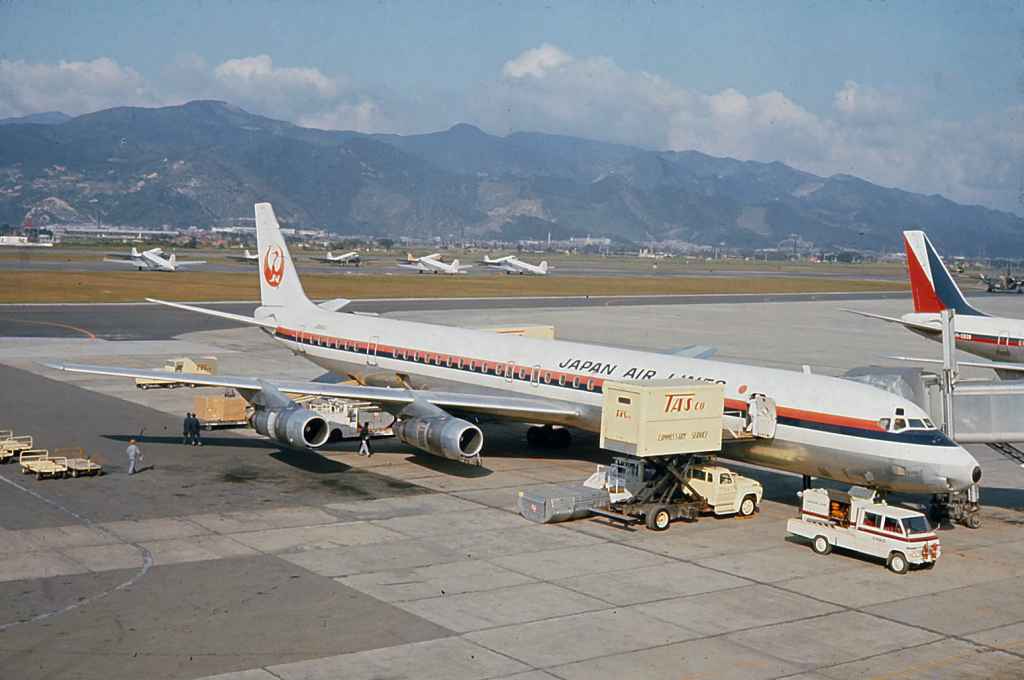 China Airlines NAMC YS-11 B-158 landing at Taipei Sung Shan airport circa 1971. This type was very short lived with China Airlines and photos are quite rare. Fabulous view of Cathay Pacific Convair 880 VR-HFY at Taipei Sung Shan airport circa 1971 on her way to the active for the return sked flight back to home base of Hong Kong Kai Tak.