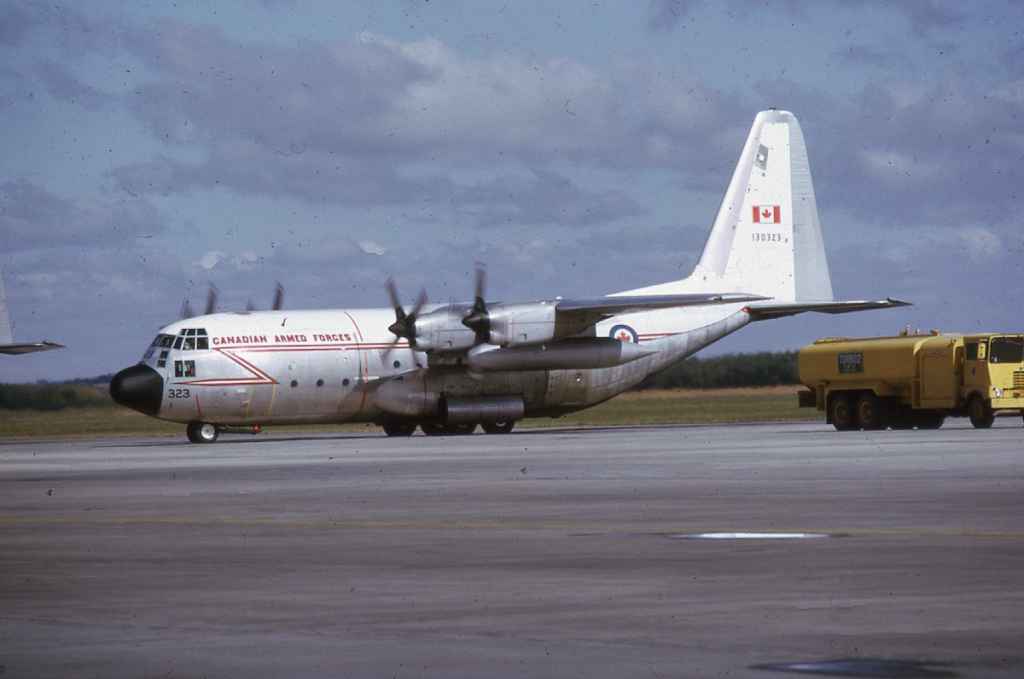 The venerable Lockheed C130 Hercules has been faithfully serving the air forces the world over since the type first went into service with the US military in the mid 1950s. The RCAF has operated the type without interruption since the very early 1960s through present. The very first C130 Hercules entered RCAF service on October 28, 1960 when four C130B models were delivered to 435 Squadron. Follow on aircraft were in the form of the larger C130E model which provide domestic and global trooping and cargo services for the Canadian government and military agencies.

Several C130E aircraft operated out of CFB Winnipeg with the Air Navigation School back in the 1980s, prior to the delivery of Dash-8 Air Navigation aircraft in the late 1980s. In the 1980s the Canadian Armed Forces took delivery of even larger C130H models to feed growth in the air arm and replace aircraft lost in accidents. One of the most tragic Canadian Forces C130 accidents occurred when two aircraft collided with each other while setting up for final approach to the airfield.

Today the Canadian Armed Forces operate an updated fleet of C130J models which will remain in service for decades to come, resulting in the C130 achieving the distinction of serving the country possibly upwards of 100 years! Time will tell, but the C130 had proven to be a successful and efficient cargo transport for the past 60 years.

We hope you enjoy the Canadian Forces C130 Hercules images taken by Dr. John Blatherwick which span from the 1960s to the late 1990s. Thank you very much for visiting this page, and enjoy!