The RCAF took delivery of 33 Canadair built CP-107 Argus maritime patrol aircraft in 1957 and the aircraft remained in front line service with the Canadian Armed Forces until their retirement in 1981 when replaced by new Lockheed CP140 P-3 Aurora aircraft. 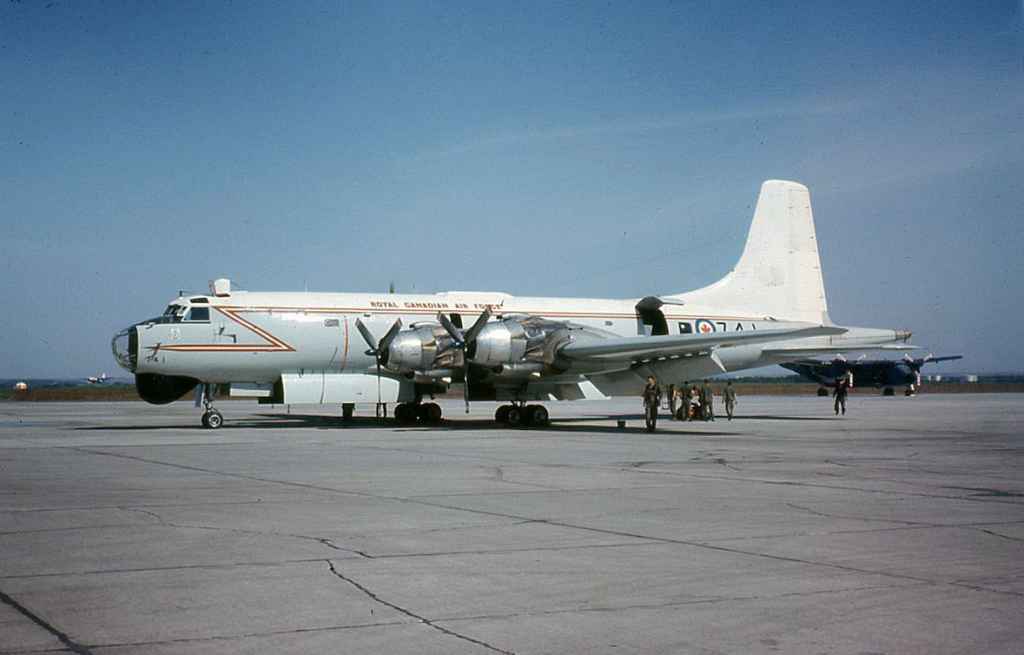 The RCAF Argus fleet was deployed on the West Coast of Canada at CFB Comox, and at Greenwood, Nova Scotia on the East Coast during its entire service life with the Canadian Forces. Having replaced the older generation RCAF P-2 Neptunes and Lancasters the Argus had a crew of 10 and could stay aloft with an impressive endurance of 30 hours.

The Argus was essentially a modified Bristol Britannia, with downgraded piston engines and the addition of a mad boom to the tail, along with the removal of the Britannia’s passenger windows. The downgrade to turbo compound piston engines was necessary to give the maximum endurance range of 30 hours, which would not have been possible with turbine engines of the day.

When retired in 1981, the Argus fleets were placed in open storage at CFB Comox and Greenwood, and most were scrapped, although a few were kept on as museum pieces.

We hope you enjoy the RCAF Canadair Argus images taken by Dr. John Blatherwick. Thank you very much for visiting this page, and enjoy!