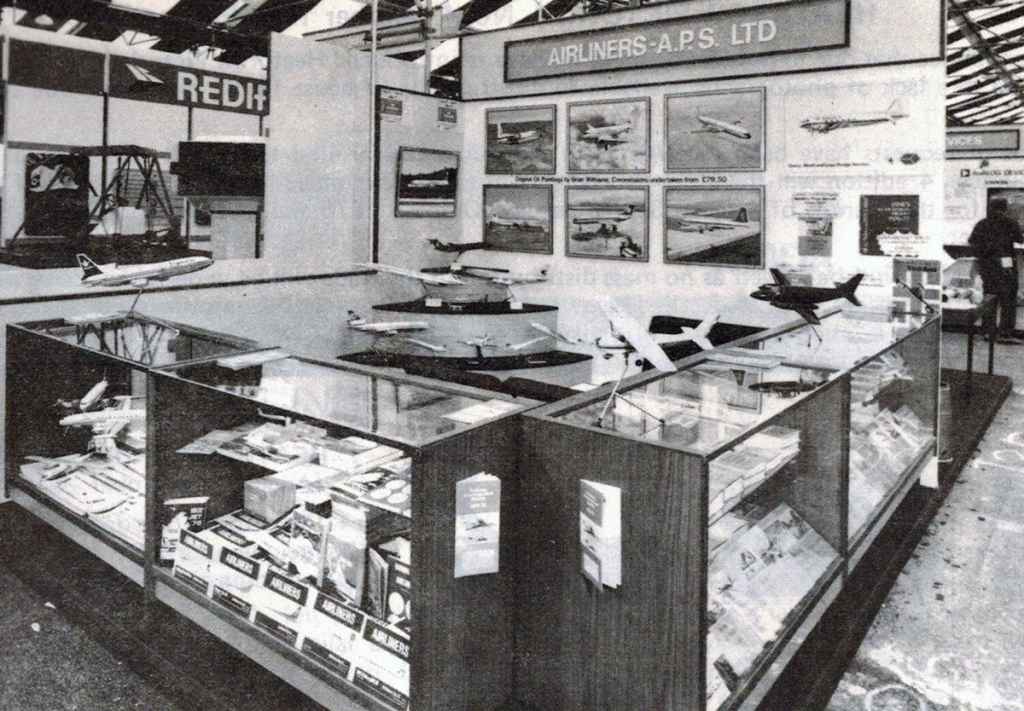 Back in the mid 1970s when the airline enthusiast hobby was still quite young, the world’s largest supplier to the hobby was London based Airline Publications and Sales LTD of of Noble Road, Hounslow, Middlesex, UK.

Many of the items they produced are now collector’s items. Brian had apparently contracted with the airline display model makers who also worked for Westway Models and Skyland Models, which were the then leading model makers for industry. And via Brian, these model makers produced lovely one-off custom models which were often advertised in the pages of the publications released by Airline Publications and Sales.

Aviation writer, historian and slide photographer Ian Mackintosh was a regularly featured writer who produced numerous magazines, books and airline profiles under the Airline Publication and Sales banner. Ian and his girlfriend vanished without a trace during a light aircraft flight whilst on holidays in Alaska in the late 1970s.

The photo above appeared in Airliners No. 16 published in the latter part of 1976, with the following informative caption:

The Airline Publications and Sales stand at the 1976 SBAC Farnborough Air Show, held from September 5th to 12th was a very great success. During the week we renewed contact with many hundreds of our friends and customers from all over the world and gained many new customers, both individuals and in the trade.

Tremendous interest was expressed in our stand by fellow exhibitors and trade customers who had never before seen a range of professional aviation display models offered for “over the counter” sale. Thousands of Pounds worth of orders were taken for models ranging from “one off” hand painted executive and airline models, to orders for dozens of mixed airliners in a variety of liveries and many bulk orders for Concorde display models.

Also at Farnborough we took the opportunity to announce that Airline Publications and Sales Ltd. has been appointed “Sole Agents in the USA” for the sale and distribution of the range of Putnam Aeronautical books. We displayed all the titles in the range and sold a tremendous quantity of the super books. All in all, this was a first class show in which we were very proud to participate.

It really is remarkable how well established Airline Publications and Sales were back in the mid 1970s. Aircraft model collectors take note from the photo above: there is a 1/72 Aerocondor Boeing 720 model in company with a Playboy DC-9 and British Airways Concorde in the centre further display. In the far left display case there is a 1/72 TWA Connie and Capital DC-4. And their “Airliners” publications are displayed in the case to the centre left.

Airline Publications and Sales was a fabulous company, and many enthusiasts today would probably value such a business. But the magnitude of the interest level today is probably a lot less than in the mid 1970s. 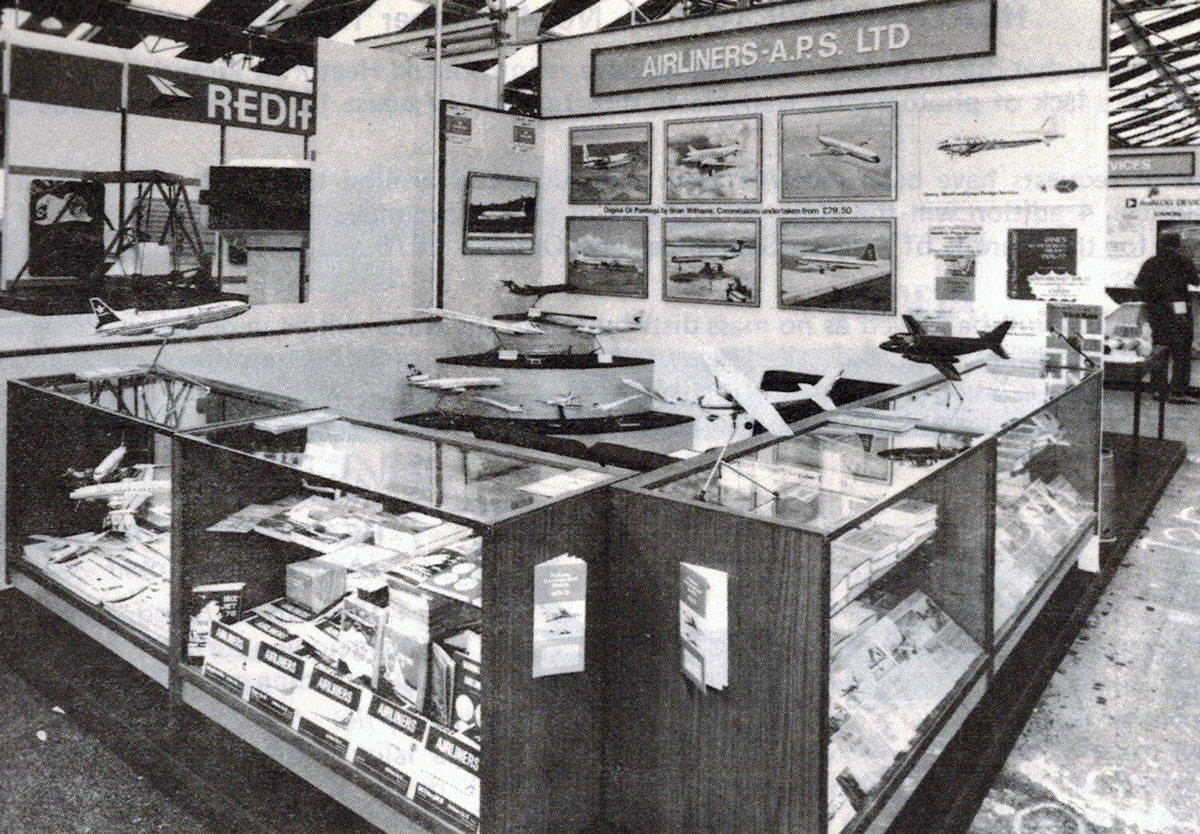