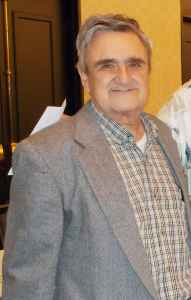 It is with great sadness that I must convey that our friend Clint Groves passed away peacefully in his home in Lake Isabella on Tuesday morning, June 30, 2015.

Born in Louisville KY, in 1943, Clint Graduated from Columbia Military Academy, Columbia, TN in 1961 and then attended the Spartan School of Aeronautics in Tulsa, OK, where he graduated in  1965. As a life long airline enthusiast, Clint founded Airliners America/ATP in 1969, and was employed as an A&P mechanic, R&E mechanic and line foreman for TWA into the 1980s.

For the past several weeks Clint was battling kidney failure, which although robbed him of his energy, his spirit remained strong and hopeful until the end. Although he was in hospital a few weeks ago, his final wish was to spend his last days at his home in the company of his cats, and friend and roommate Tammy.

Clint’s only surviving family is his 90 year old Aunt. There were no services and Clint’s remains were cremated as per his wishes.

My friendship with Clint dates back to 1983, when I started exchanging slides with Clint whilst in my freshman year at university at UND. In the years since, I have enjoyed many visits to Clint at his home on Abelia Court in San Jose, where he ran his ATP airline slide and model business, as well as seeing him at many airline collectibles shows.

It was wonderful to see Clint at the 2014 LAX Airliners International Show, which he happily drove to for a day visit in his sprightly little Fiat. Clint spent half a day at the show speaking with his many friends in the hobby, which is where the photo above was taken.

Clint was a man of unwavering integrity, as honest and as fair as they come, committed to providing his customers with the very best customer service possible. I will always remember Clint with a smile on his face, always with a happy and optimistic outlook. Clint was a great and loyal friend and will be missed by many who knew him.

May Clint rest in peace, and I know I am not alone in saying that our deepest sympathies are with him. 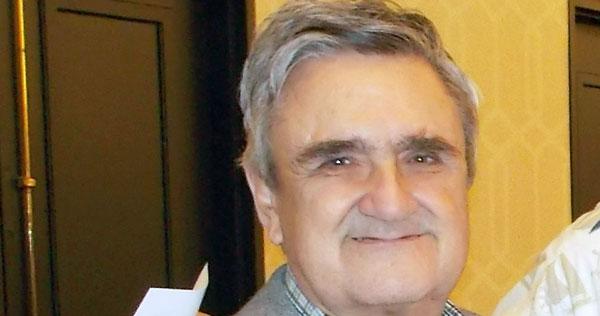 Article Name
Clint Groves 1943 - 2015 Memorial to a great airline fan
Description
It is with great sadness that I must convey that our friend Clint Groves passed away peacefully in his home in Lake Isabella on Tuesday morning, June 30, 2015. Clint was a great airline fan, and founder of ATP Airliners America, and friend to many aviation fans all over the world.
Author
Henry Tenby
Publisher Name
Henry Tenby
Publisher Logo