Back in the 1940s and 1950s, the National Film Board of Canada (NFB) contracted with a number of professional freelance film camera operators and movie makers to document the development of civil aviation in Canada. During these formative years, travel by air was a very new and novel means of transport that the travelling public were not widely familiar with, as compared to travel by train and ship. 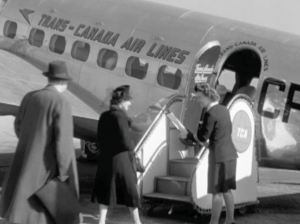 Trans-Canada Air Lines (TCA) employed their own resources to film the convenience and safety of air travel to promote their services to an unsure domestic customer base. The airline did not have the same technical and financial resources as the federally funded NFB. Thus, although vast, the historic Air Canada film archives was not the only documentation of the airline industry in Canada during this era.

The NFB archives contained a huge amount of cine film footage documenting TCA aircraft from the 1940s and 1950s that was salted away and remained unseen for half a century, that we had the pleasure of discovering to our amazement. Even the folks at Air Canada had never seen this long lost footage, which was filmed to a very, very high production quality level for the day. The quality of the footage far exceeds the quality of the footage within the Air Canada film archives material, and was likely shot on 35mm cine film using Hollywood grade equipment, which simply was not available to TCA for their own work back in the day. 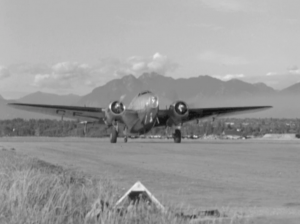 The NFB find includes a large amount of TCA Lockheed Electra and Lodestar footage taken at Vancouver, Calgary, Winnipeg, Toronto and Montreal, complemented with extensive air-to-air sequences. The Avro Lancastrian was operated by TCA during the war and soon after was retired in favour of North Stars. Film footage of TCA Lancastrians is extremely rare with only a few very short poor quality glimpses existing within the Air Canada archives. But the NFB find includes a very high quality extended air-to-air sequence of a TCA Lancastrian filmed over Montreal in about 1946, the quality of which is so good it has to be seen to be appreciated. 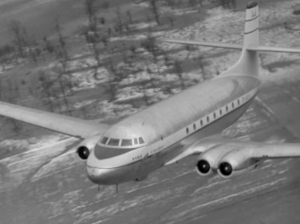 In the late 1940s, the Avro Jetliner was not taken too seriously by the management team at TCA as it suffered from a severe C of G problem, high operating costs, and limited range. That said, the Crown Corporation carrier did have to give the Jetliner a fair opportunity to present itself to the airline. The NFB footage includes very high quality footage of the Avro Jetliner including an amazing take-off and air-to-air sequence. The Avro Jetliner project was shelved in the early 1950s. 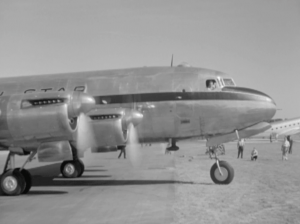 TCA’s involvement with the Canadair DC-4M2 North Star was a more successful story and the NFB footage includes very high quality footage of the type’s roll-out at Cartierville and first flight, where the North Star performed some very impressive low-level beat-ups before the enthusiastic crowd of well-wishers and dignitaries. As the North Star went on to serve TCA into the 1950s, the NFB cameramen never missed an opportunity to film the type and there are numerous segments of film that have to be seen to be appreciated. They were all filmed to very high standards with the same production values that you would expect from a Hollywood motion picture film of the era.

Gander, Newfoundland was a high-traffic transit airport during the pre-jet era, and NFB cameramen and film makers made a point to document the heyday of activity at this special destination. As Connies, DC-4s and DC-6s were common visitors to the airport, so were the passengers who would make use of the airport facilities to enjoy a smoke, drink, meal or nap while their aircraft were serviced in anticipation of a journey’s continuation. 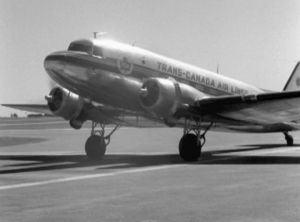 Of course the story of TCA in the 1950s would not be complete without the venerable Douglas DC-3 and the turbine-powered Vickers Viscount. The DC-3s connected smaller local service destinations with regional hubs, all across the country, and through the 1950s as traffic levels grew as a result of more people accepting air travel as a viable mode of transport, DC-3 capacity became inadequate. Naturally, it was the 50 seat Vickers Viscount that replaced the DC-3 on TCA’s coast-to-coast network. Both aircraft are beautifully represented in the NFB’s TCA archives that we discovered, but one Viscount clip stands out in particular. Back in the day, the ability for a two or four engined aircraft to remain aloft with an engine out was a key selling point. Footage of TCA Lockheed Lodestars inflight with an engine feathered seemed to be the start of the trend. When it came to the Viscount, the NFB cameramen were treated to an amazing spectacle which was captured on very high quality cine film with the original sound recording. A new TCA Vickers Viscount was taken aloft and both port engines were shut down in flight. The engines and wing were filmed through the windows of the passenger cabin, and a second camera filmed the entire aircraft air-to-air from a chase aircraft. The authentic live sounds of the Dart engines spooling down, and then winding up while the starboard engines continued to power the aircraft are captured in all their glorious splendour. This recording must be considered as a unique historical find for airline historians.

All of this amazingly high quality NFB footage has been compiled into 51 minute special release, fully narrated program which you can purchase for ongoing viewing enjoyment in the pleasure of your own home. You can purchase this very special program as a region-free DVD or a digital download file that you can enjoy on your ipad or mobile device or TV whenever you like. We are confident that you will find this to be one of the best historical airline programs you have ever had the pleasure to own and view.

The images below are actual screen shots from the NFB films described in this article: 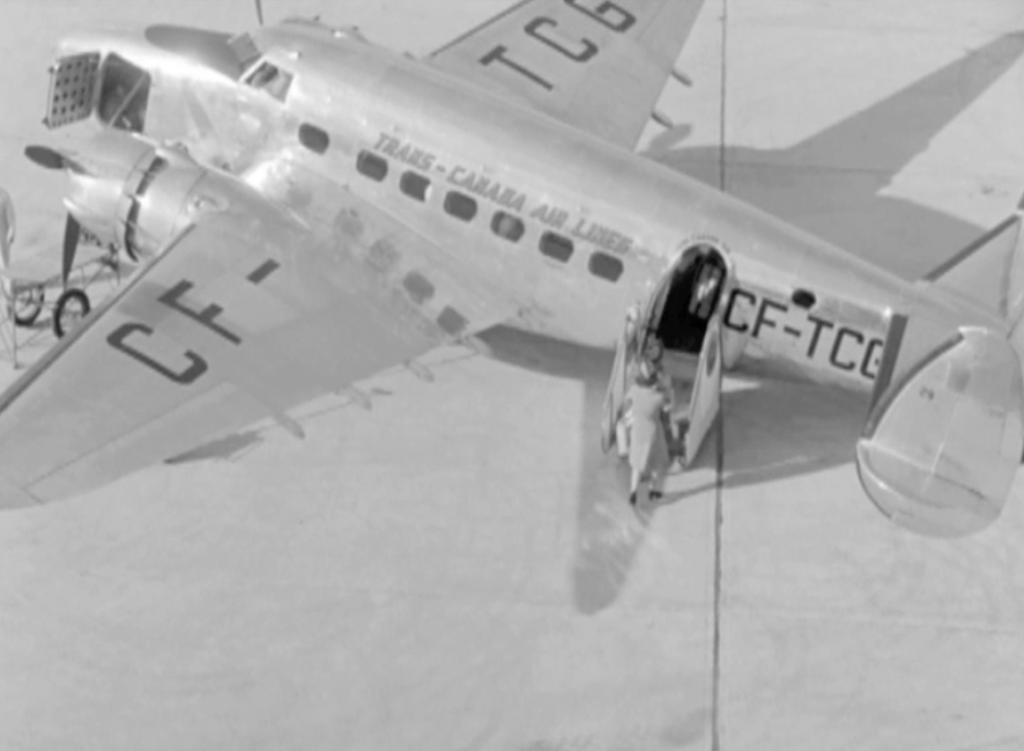 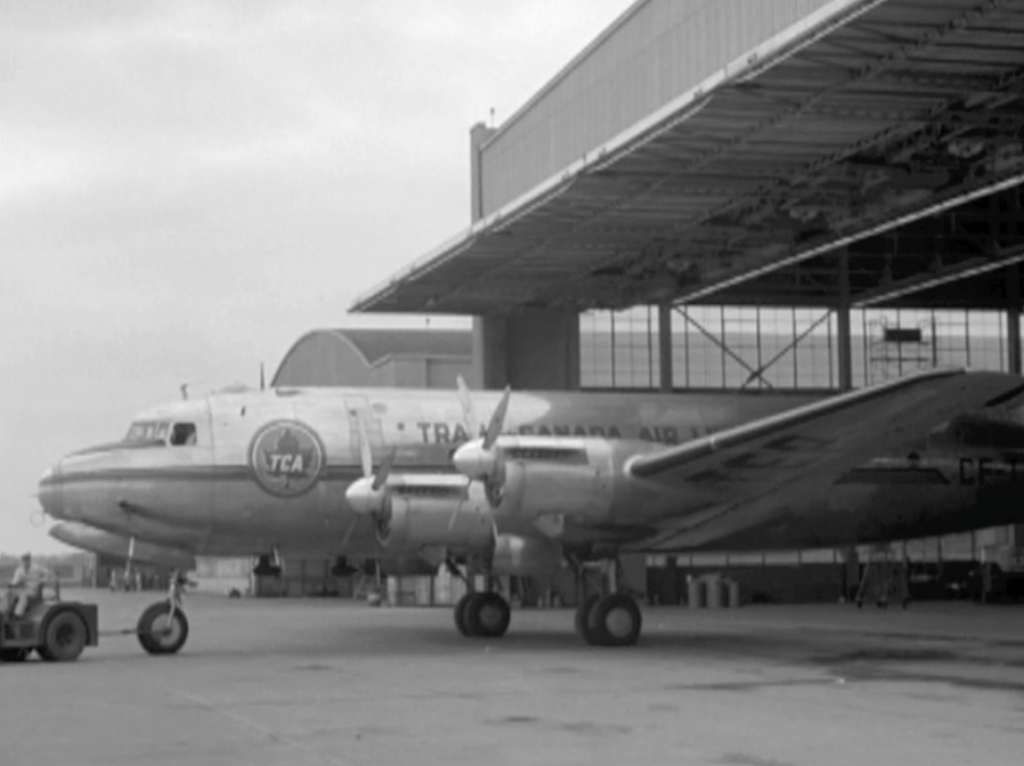 Gander airport in the 1940s 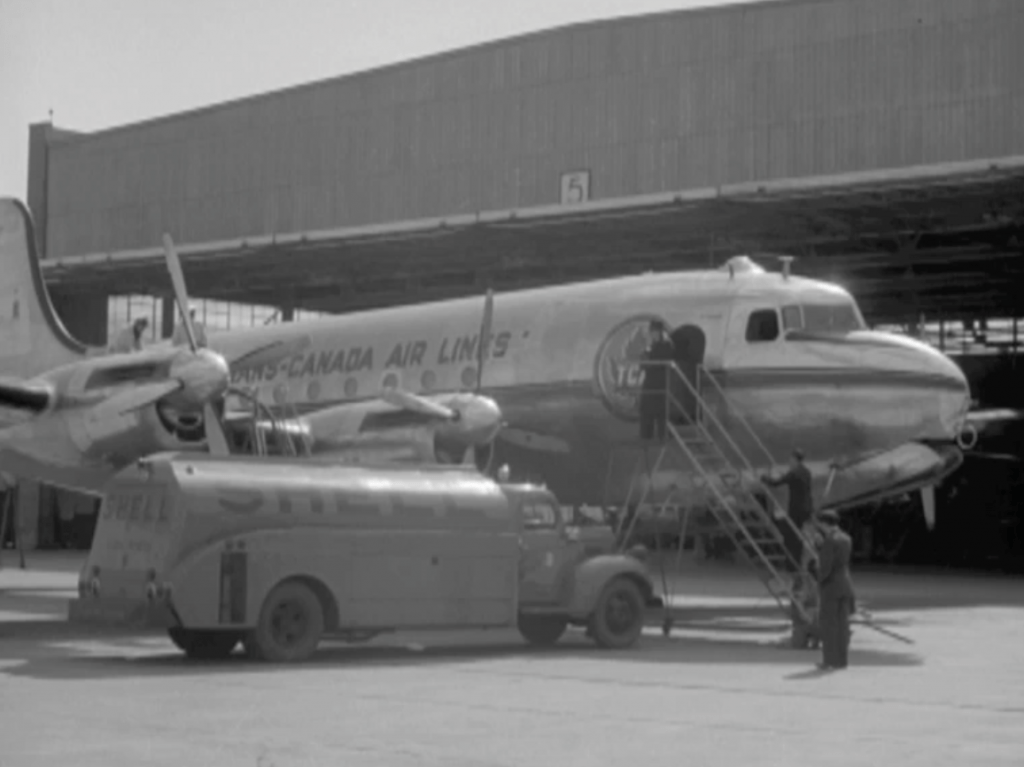 TCA North Star being fuelled for a flight circa 1948 TCA Passengers on the apron at Toronto airport circa early 1950s 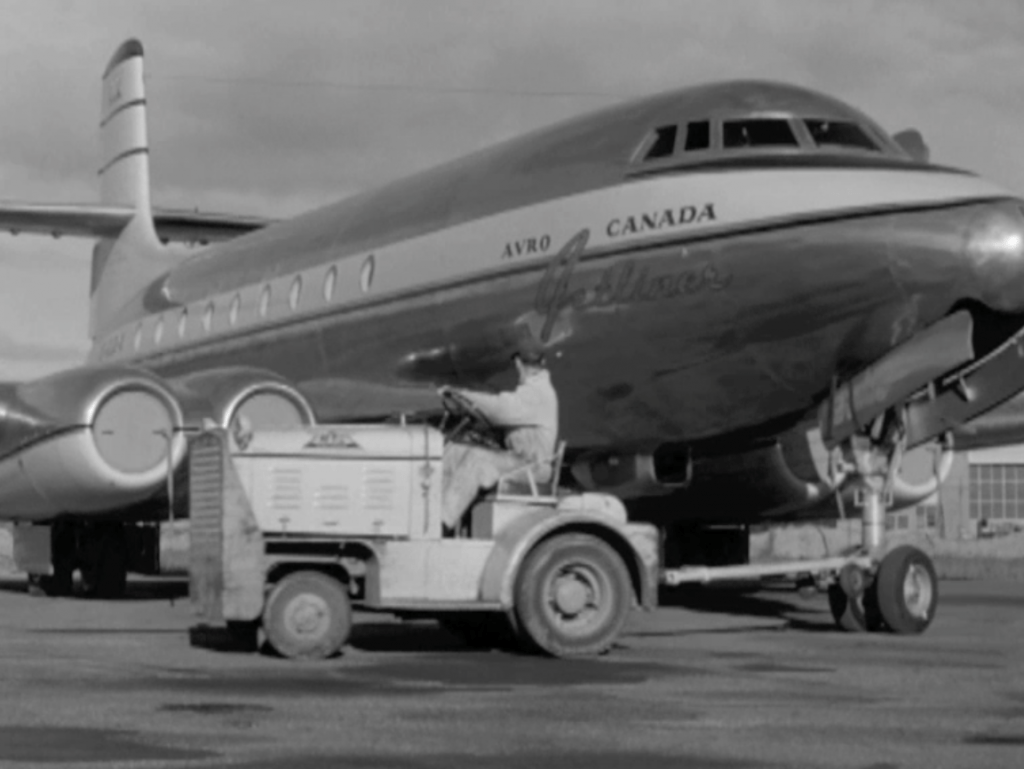 Article Name
Treasure trove of vintage Air Canada TCA movie footage found
Description
The quality of the footage far exceeds the quality of the footage within the Air Canada film archives material, and was likely shot on 35mm cine film using Hollywood grade equipment, which simply was not available to TCA for their own work back in the day.
Author
Henry Tenby
Publisher Name
Henry Tenby
Publisher Logo