July 7, 2020, by Henry Tenby | Category: Airlines World - Vintage Photo Histories
Leave a comment
Prev1 of 11Next
Use your ← → (arrow) keys to browse

Airlines from Taiwan in the 1960s
By Henry Tenby

Who can remember Winner Airways, Civil Air Transport, Far Eastern Air Transport, and Air America? All these classic airlines were operating from Taiwan’s famous downtown Sung Shan airport in the 1960s. Whilst Taiwan government owned China Airlines was also operating in the 1960s, most of the other Taiwan airlines from the 1960s are now long gone, but we are happy to share photos of the interesting airliners in this photo report. 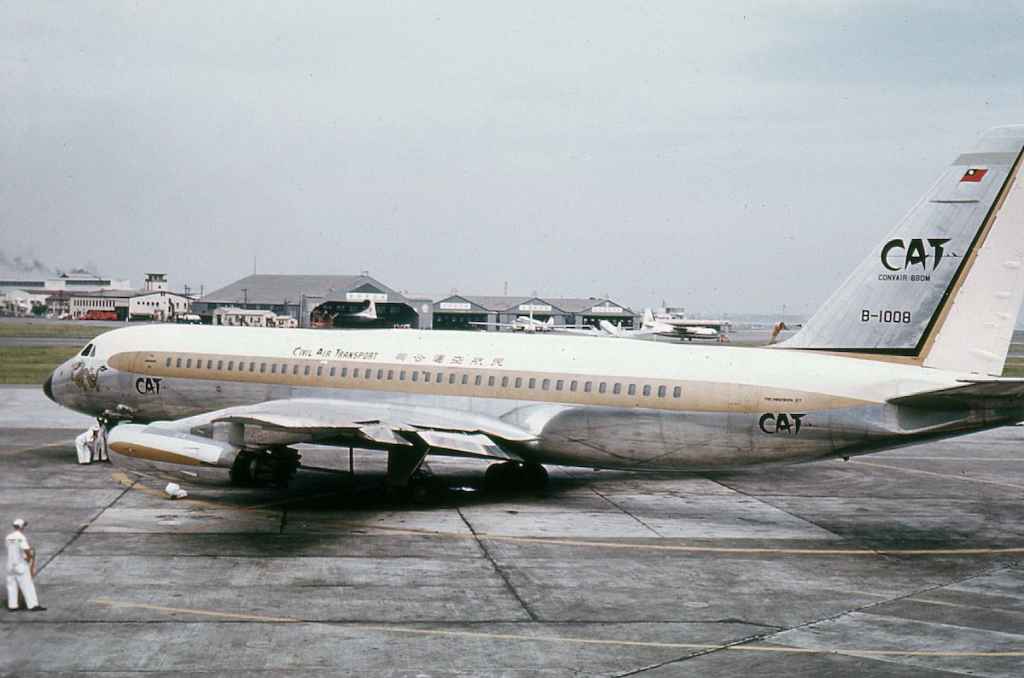 Civil Air Transport was a major carrier of the day, possibly bigger than Air China. They operated C-46 Commando, DC-4 and DC-6 aircraft, as well as the famous Convair 880 jetliner. Air America was a CIA front airline set up by the US Government to operate clandestine operations in the Vietnam war theatre, and they chose Taiwan as a friendly base removed from the conflict. Winner Airways operated Vickers Viscounts and Lockheed Electras. FEAT Far Eastern Air Transport competed with Air China on medium haul services within the region and their 1960s fleet included Se210 Caravelles and Viscount 800s.

Henry Tenby has been collecting 35mm aircraft slides since the early 1980s, and has amassed the collection of vintage Japanese airline slides presented in this posting from his collection.