By 2007, the type had become more or less extinct, with only two operational airframes remaining on the planet. Both of which were used as engine testbeds.

Honeywell of Phoenix agreed to allow me to video document their aircraft prior to its retirement and eventually scrapping, and for three days in early February of 2007, myself and Tony Hickey shot nearly 20 hours of video on their amazing jetliner.

I also prepared several articles for aviation magazines, one of which appeared in Airliner World magazine, as presented below. 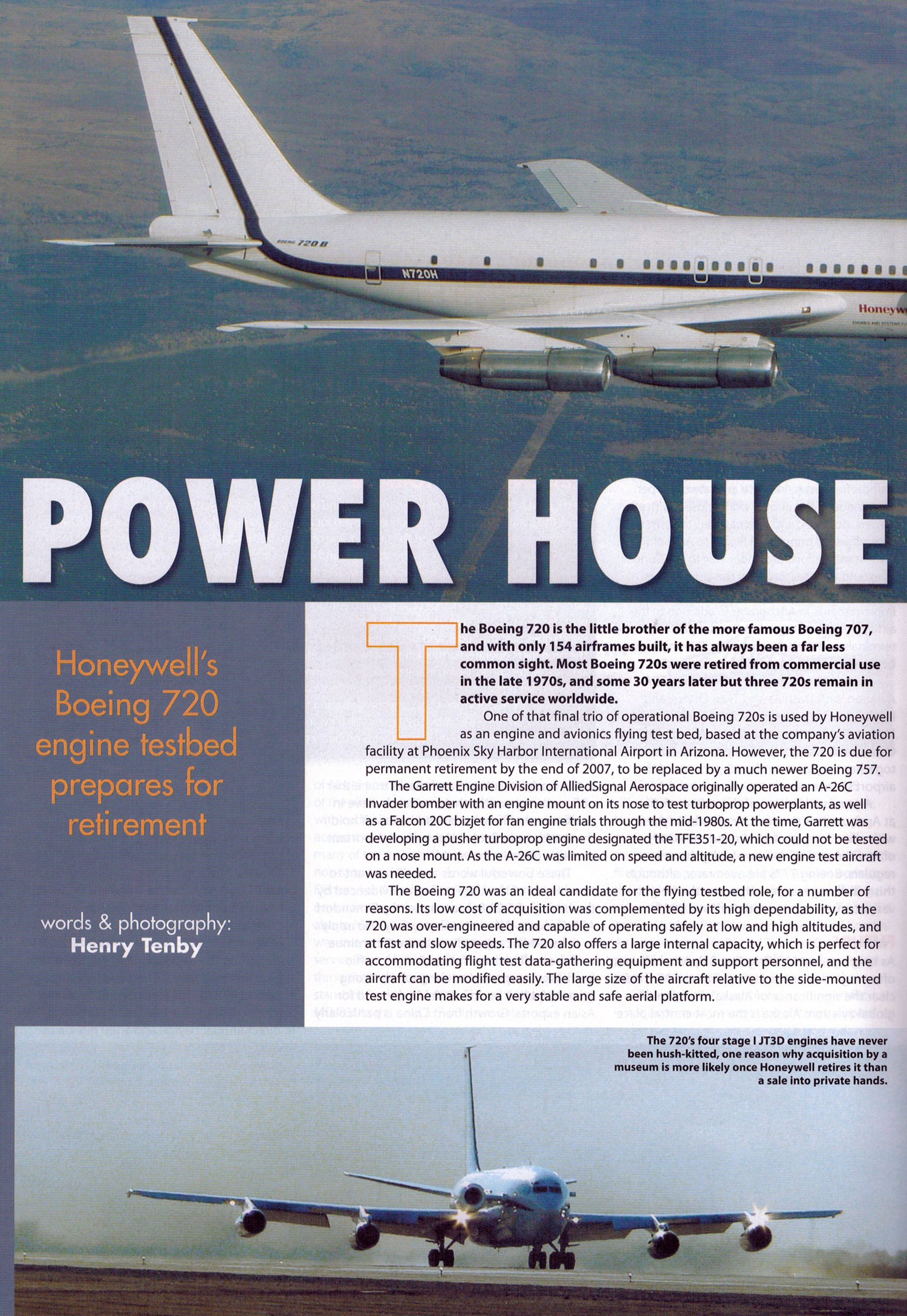 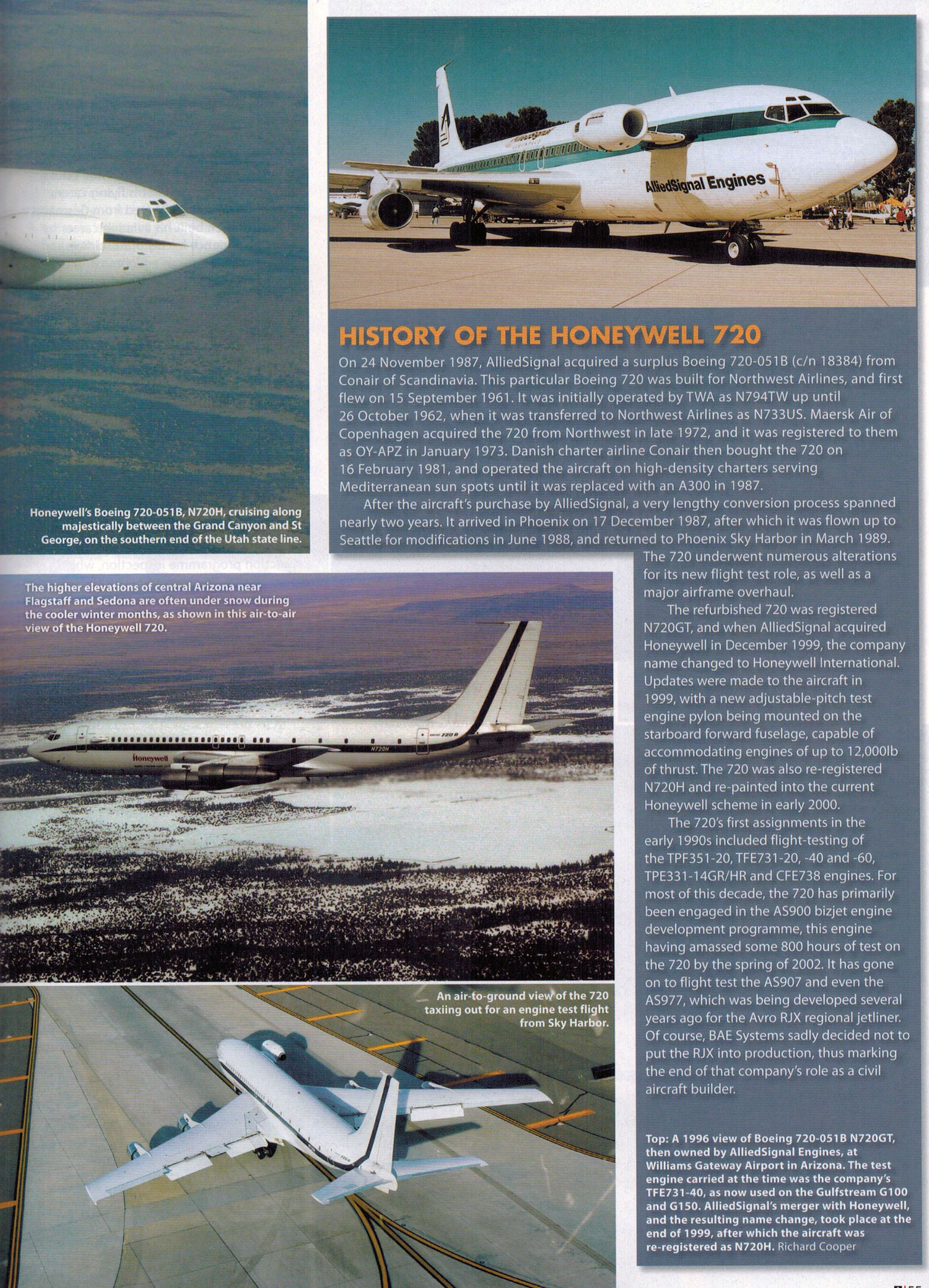 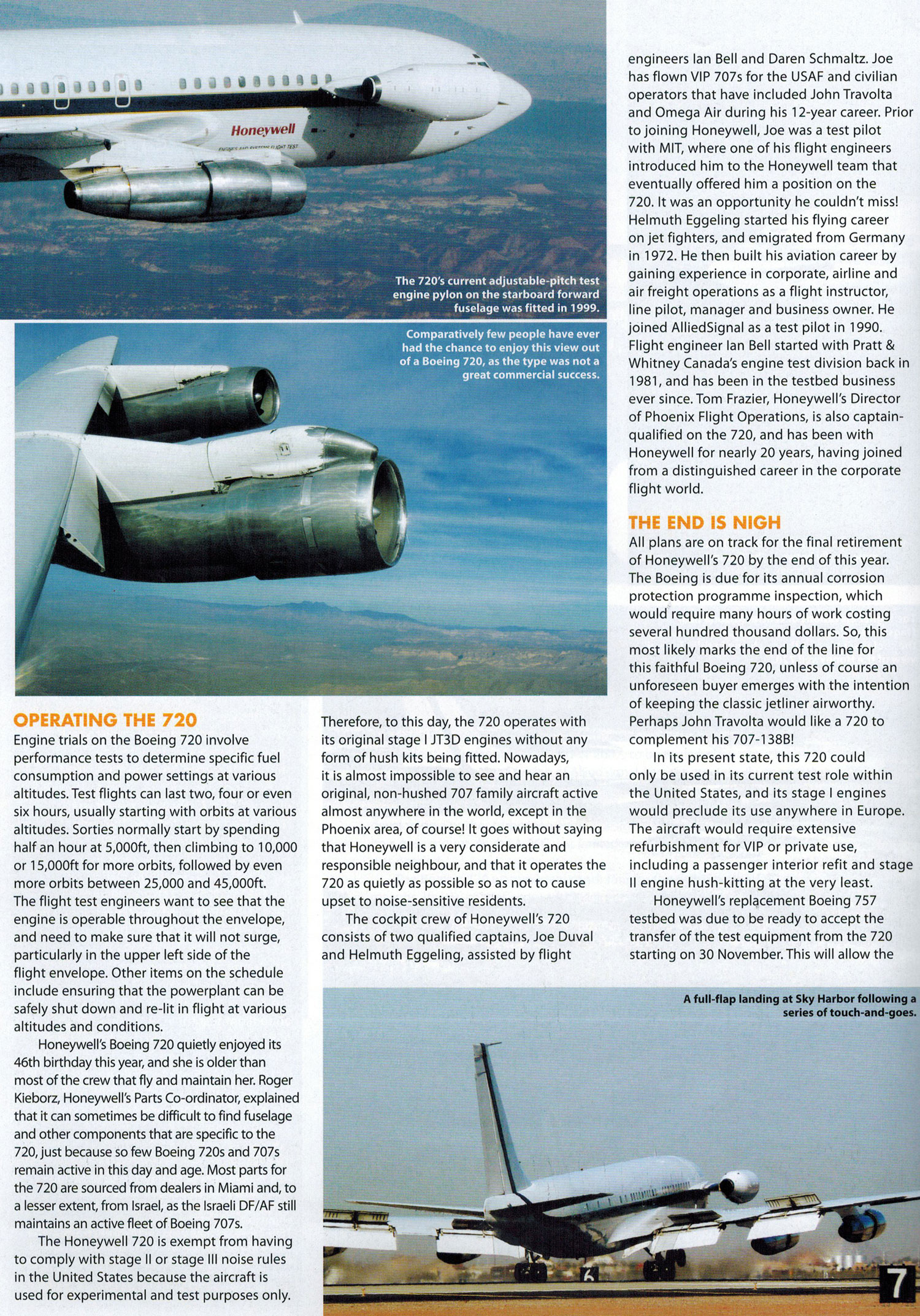 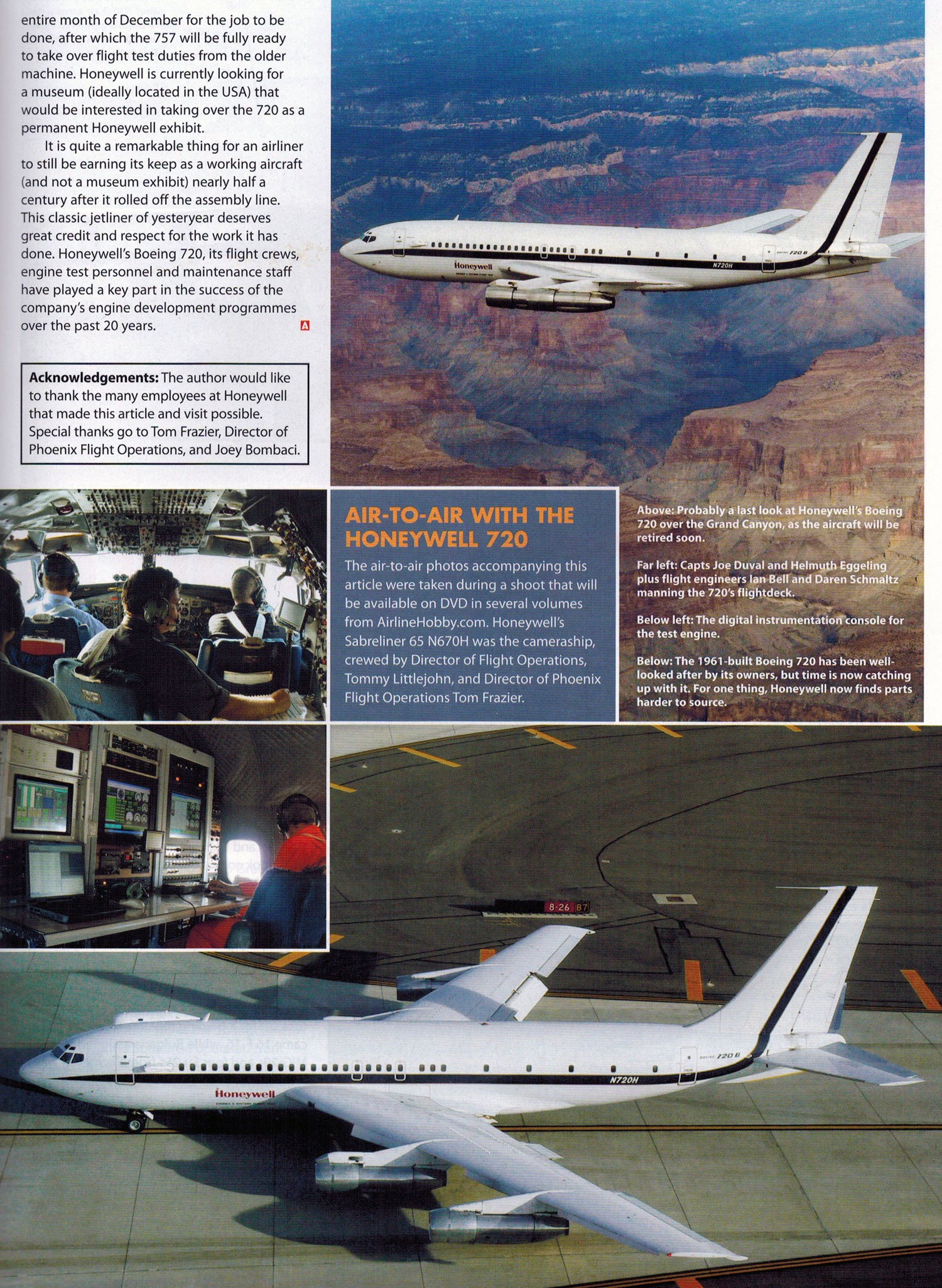 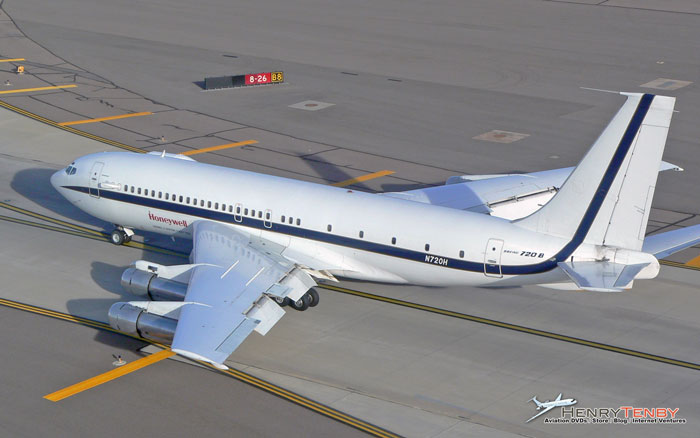