Back in January of 1991, I got my first job out of university with Bellevue, WA based Corsair, which was an aircraft leasing concern jointly owned by Australia’s Sir Peter Ables, Ansett Worldwide, and ex-Boeing salesman Les Hong. I was hired on a temporary basis to help market Ansett’s surplus Fokker 27s and Fokker 28s.

My marketing efforts at the time brought me into contact with Saskatoon based businessman Albert Ethier, who at the time was in the process of resurrecting Norcanair. During the first half of 1991, I made several trips to Saskatoon to meet with Albert and learn about his operation and requirements. As a result of these visits, I was able to prepare the article below that appeared in Airliners magazine.

During my years in Yellowknife, Albert had the occasion to visit me several times, and I remained good friends with Albert until the early 2000s. Although I’ve since lost touch, Albert remains as someone I consider myself lucky to have known, and hope that he is well as the years march on. 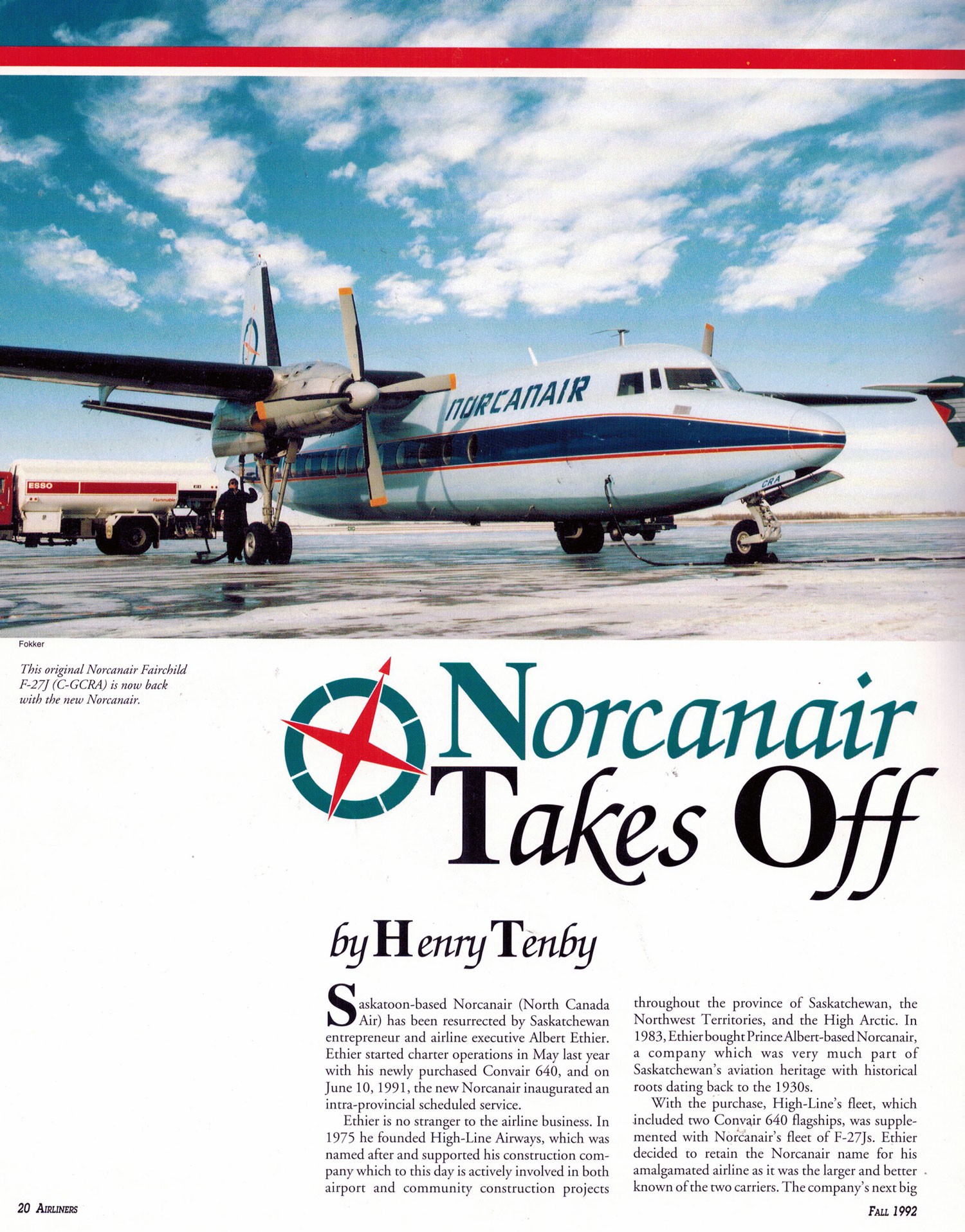 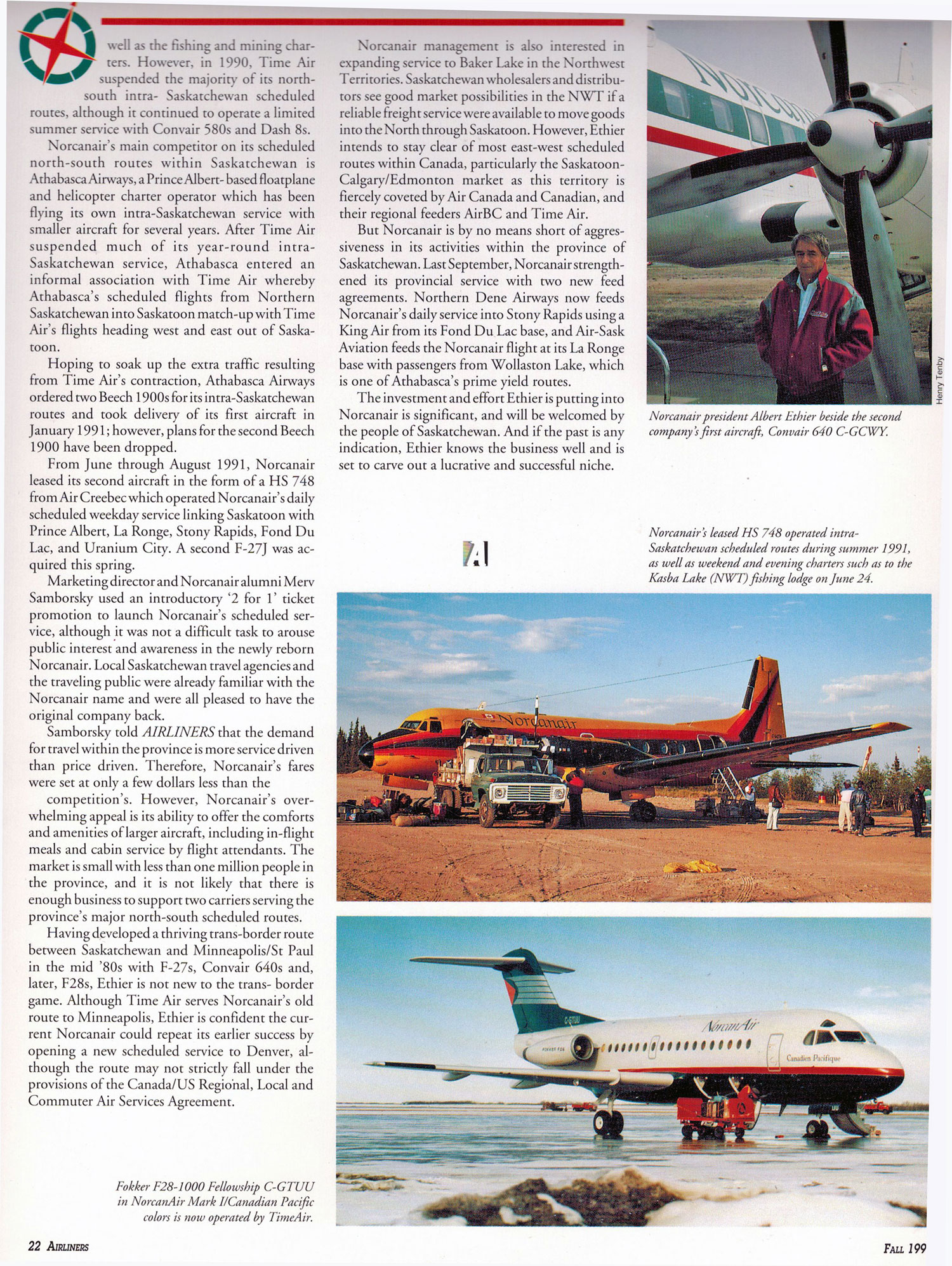 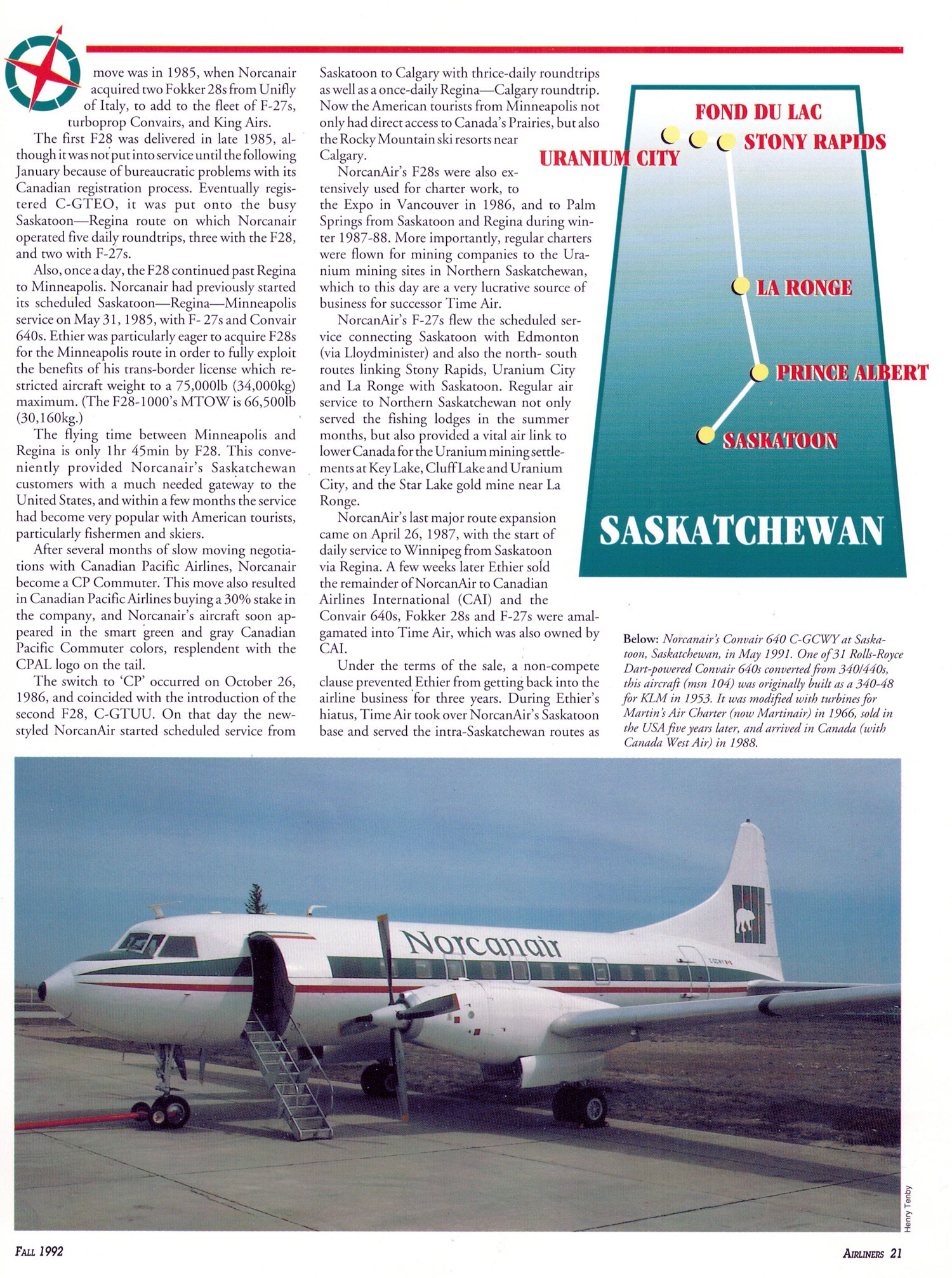 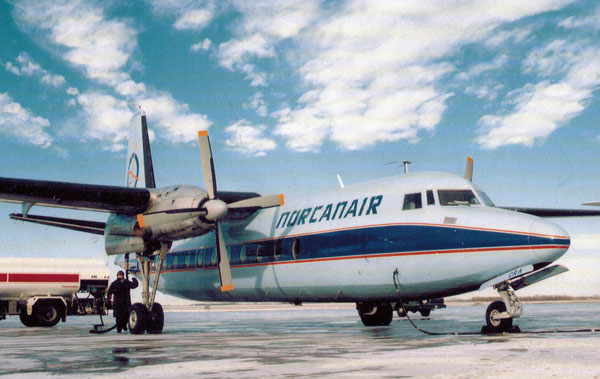