Very recently I came across a very neat little display of models, photos and ephemera charting the aviation history of Las Vegas McCarran Airport when I passed through the airport.

As you come up from the underground train when you arrive at the terminal and gate area where the Air Canada flights operate from, walk to your right (in the opposite direction of the Air Canada gates) and you’ll see the display on your right hand side.

It seems like most airports are only interested in selling as much as possible to passengers and don’t give a stuff about their history or people that are helping promote the airport’s history. So this was a very pleasant surprise to see at Las Vegas. Congratulations to the airport for putting this display together. Bonanza Air Lines Fokker 28 1/72 metal model made by Verkuyl, circa mid 1960s. This is a demonstration model made for Fokker. Bonanza never did take delivery of Fokker 28s. 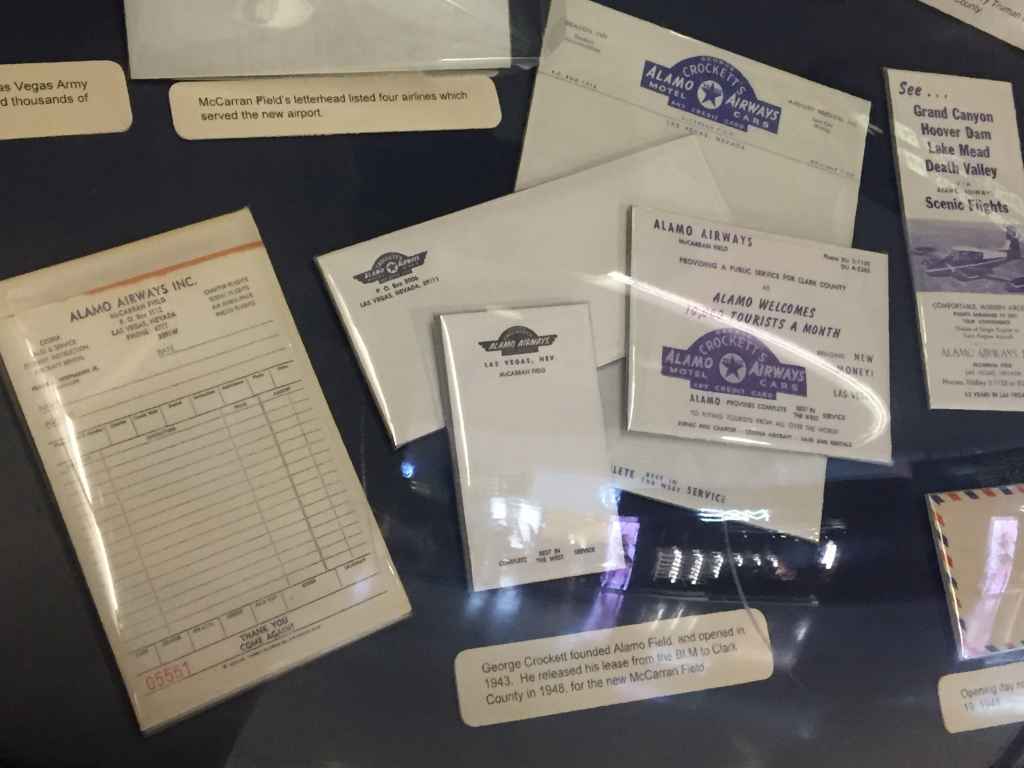 Alamo Airways of Las Vegas was an air taxi back in the 1950s and early 1960s. Here are some of their brochures and ephemera of the day. 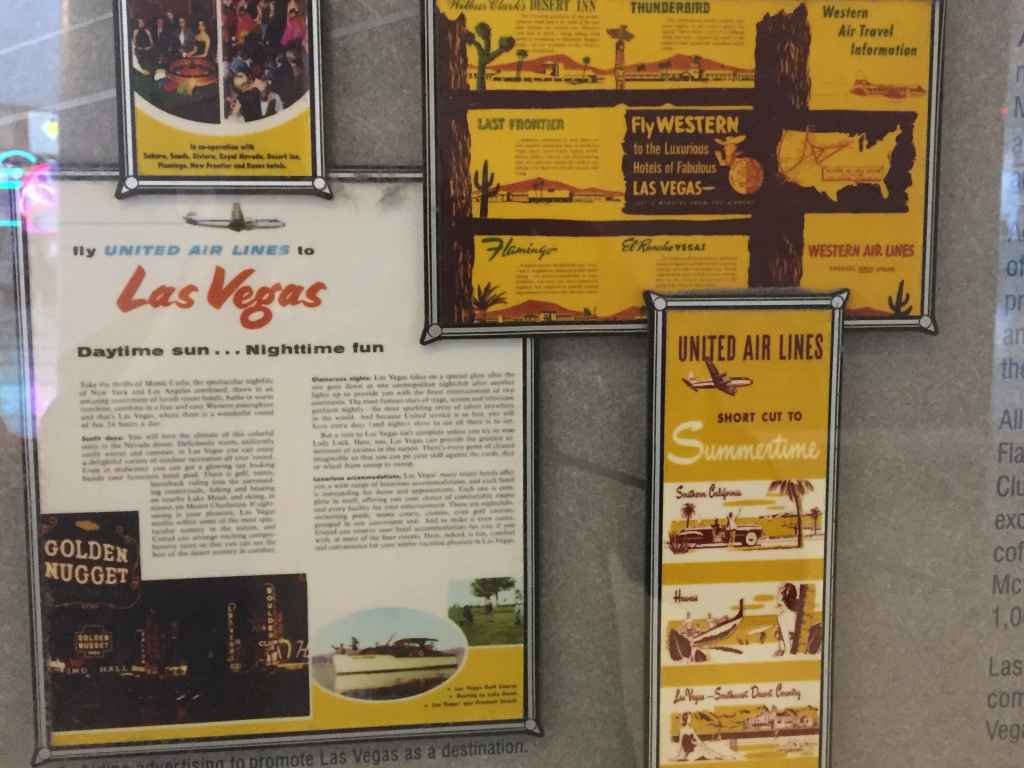 Las Angeles based MGM Grand Air operated 727-100s and DC-8-62s in First Class configuration. Their main route was coast-to-coast but they also operated a Las Vegas service during a brief period in the 90s. 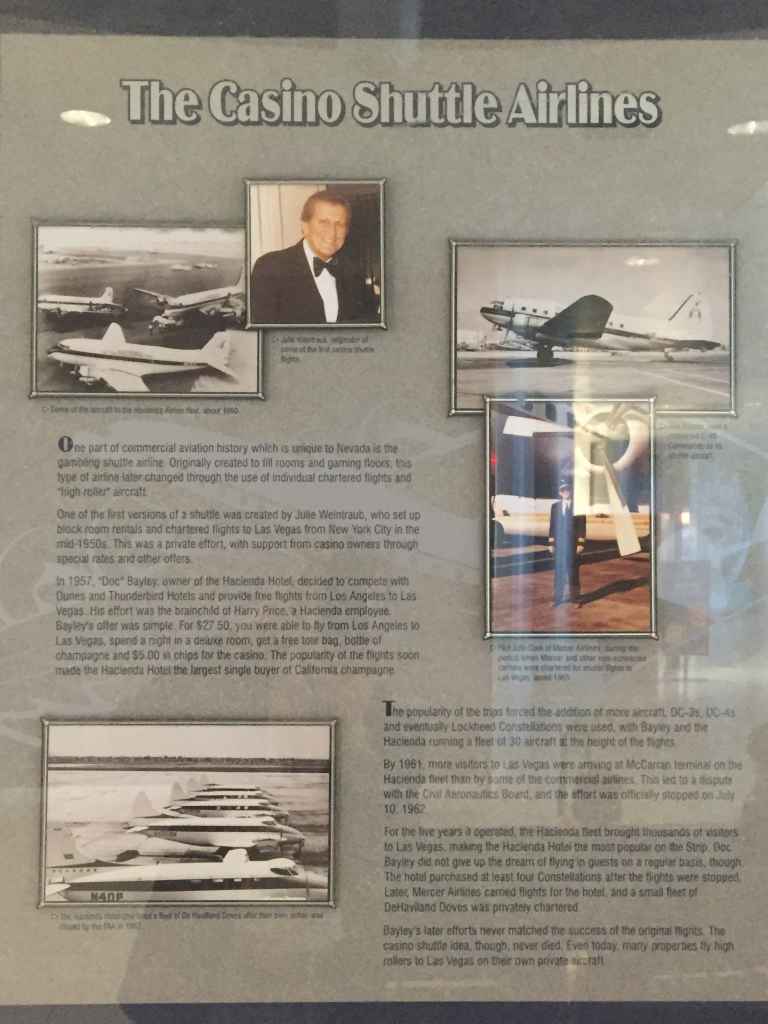 In the 1950s and 1960s third level air taxis acquired piston airliners including DC-3s, C-46s, DC-4s, Connies and other types to bring gamblers from California to Las Vegas for gambling junkets. Bonanza was an airline that specialized in flights to Nevada, as demonstrated by this period billboard (upper right). 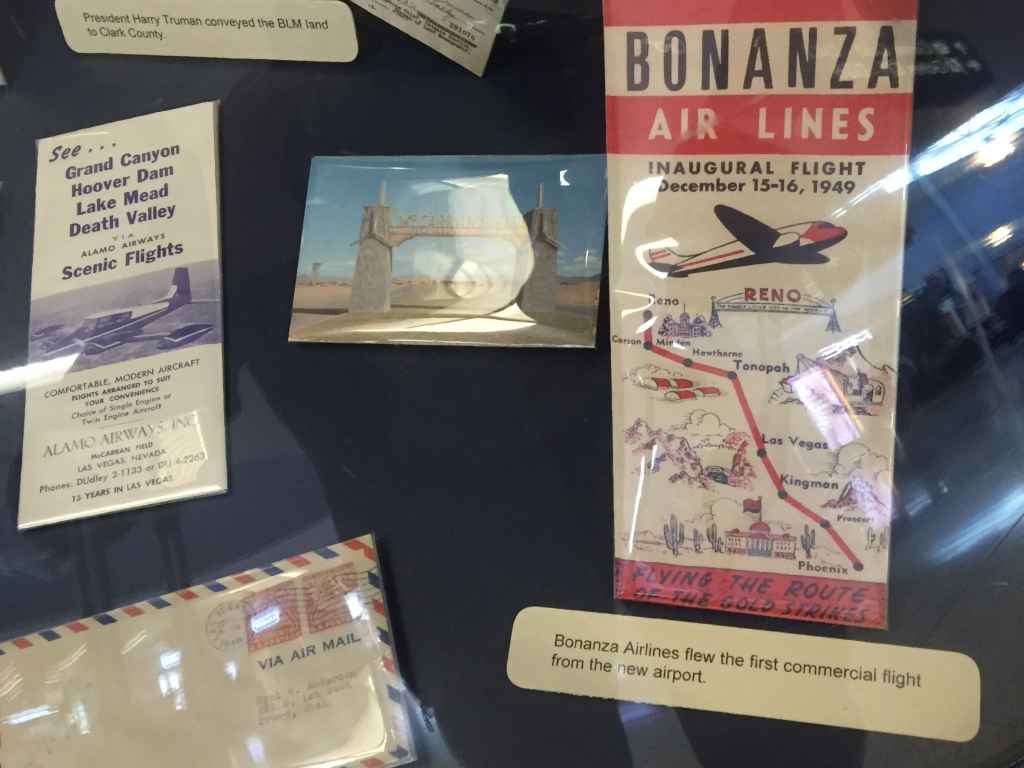 It was Bonanza Air Lines that flew the first commercial flight from the new Las Vegas airport on December 15-16, 1949, as promoted on this period timetable issued by the airline. 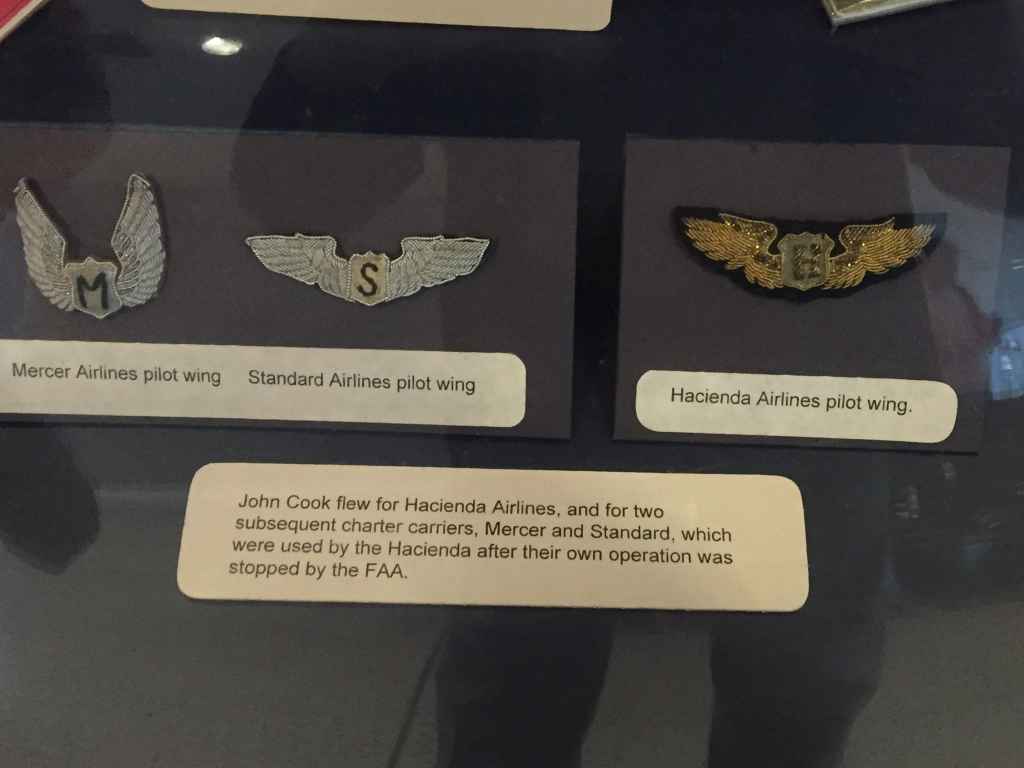 A letter from McCarran Airport to Clark County DA dated October 30, 1962, regarding property lease details between the airport and the county. 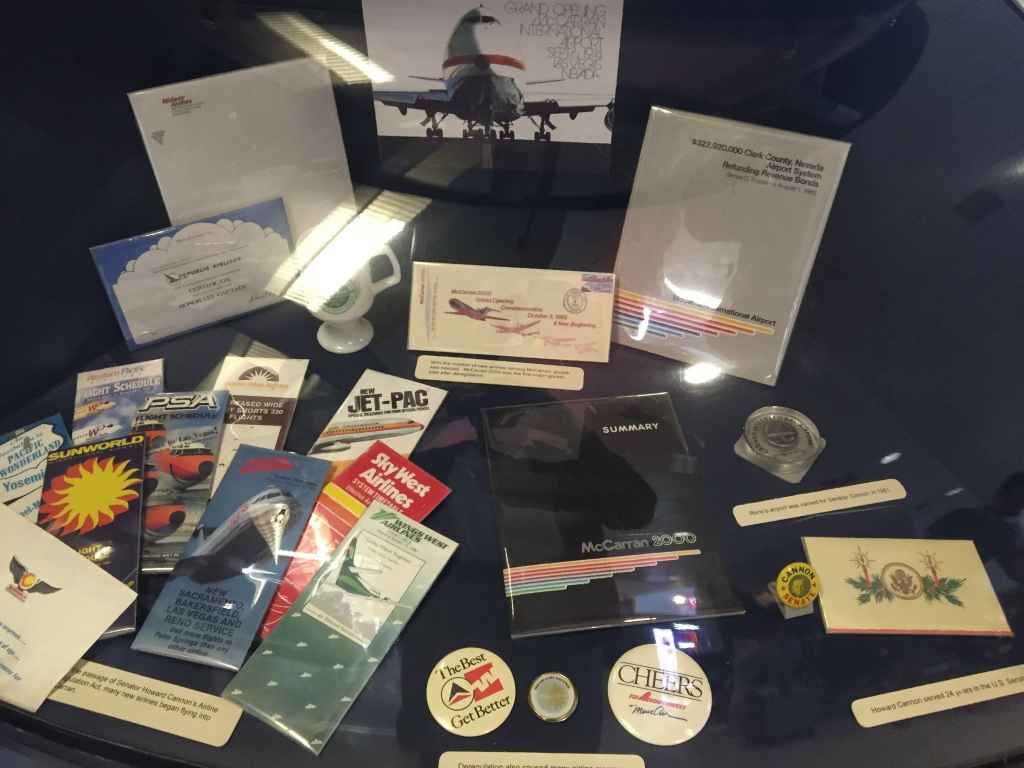 An assortment of 1970s and 1980s ephemera from airlines that served Las Vegas during that era, including Air California, Sunworld, Pacific Express, Republic Airlines, and Western Pacific. This is a view of the historic wall display at Las Vegas McCarran airport that showcases the history of the airport and the airlines that have served the State since the late 1940s. 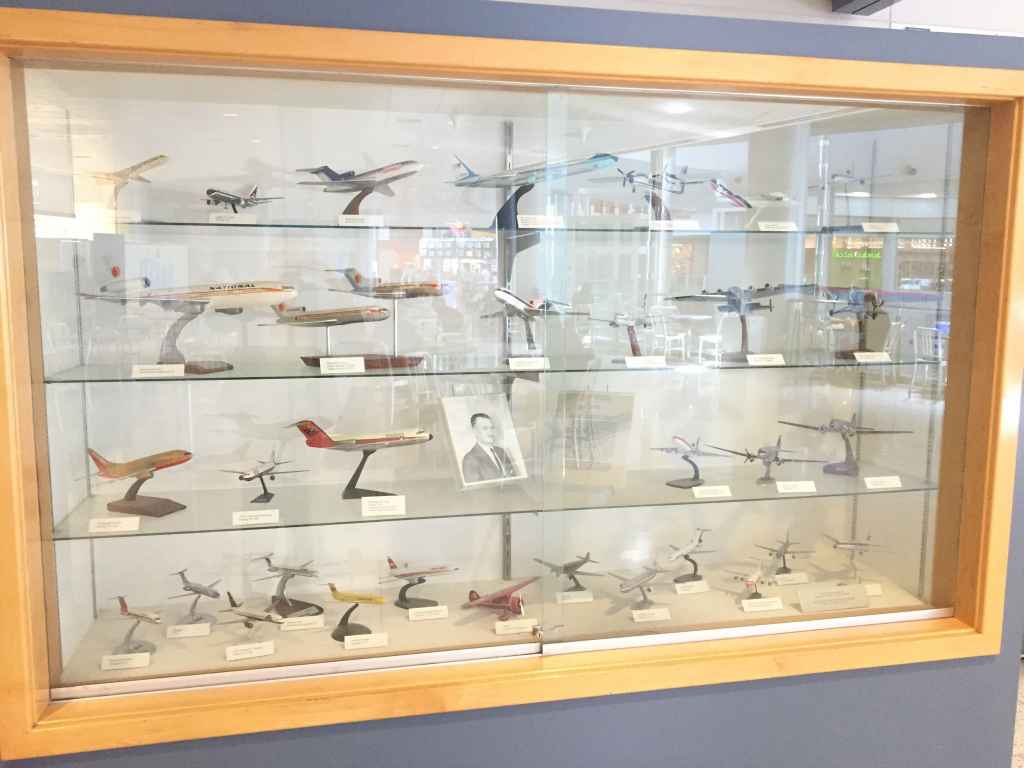 Wall display case with airline display models of aircraft that served Las Vegas and were given to the airport by various airlines. 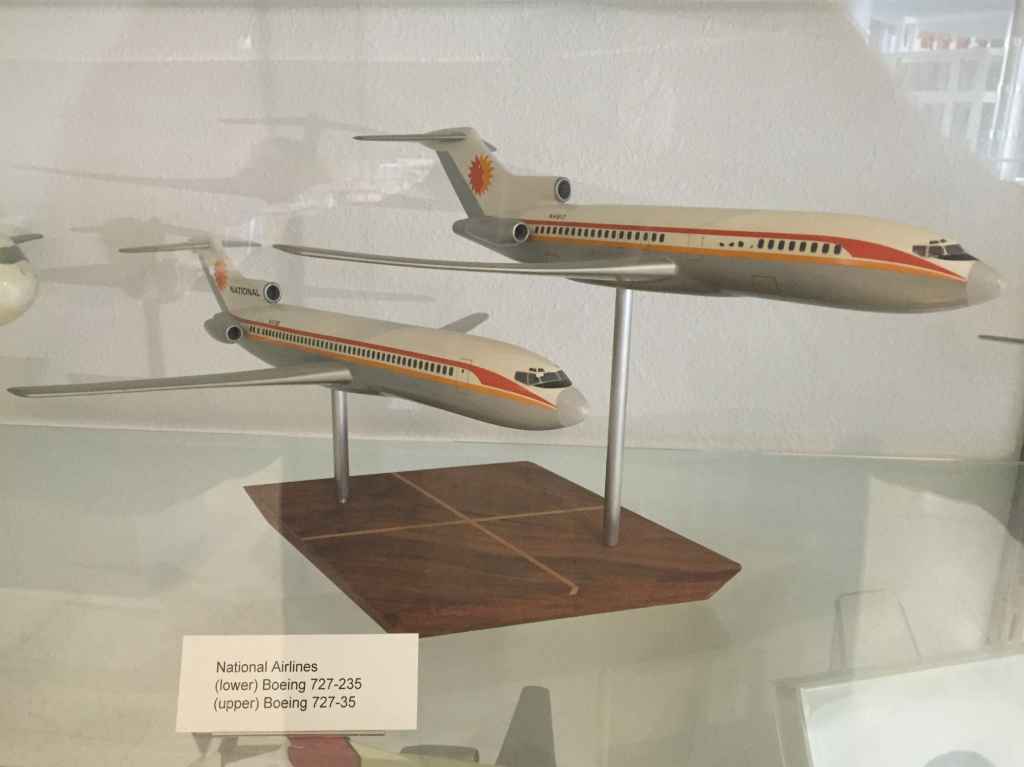 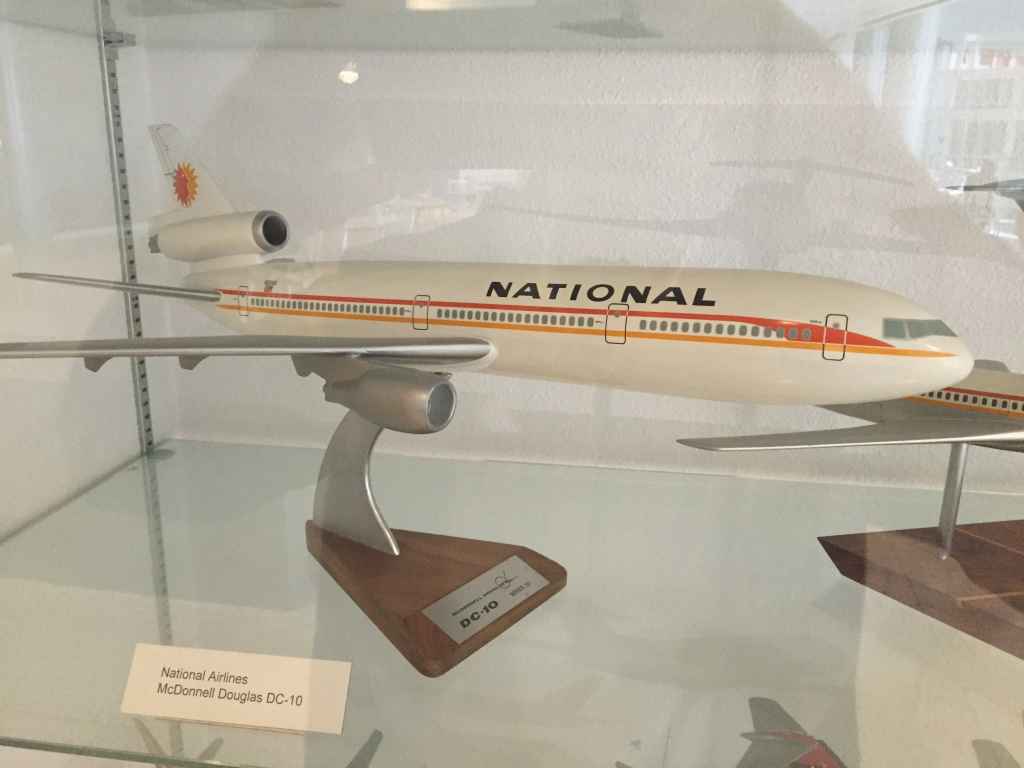 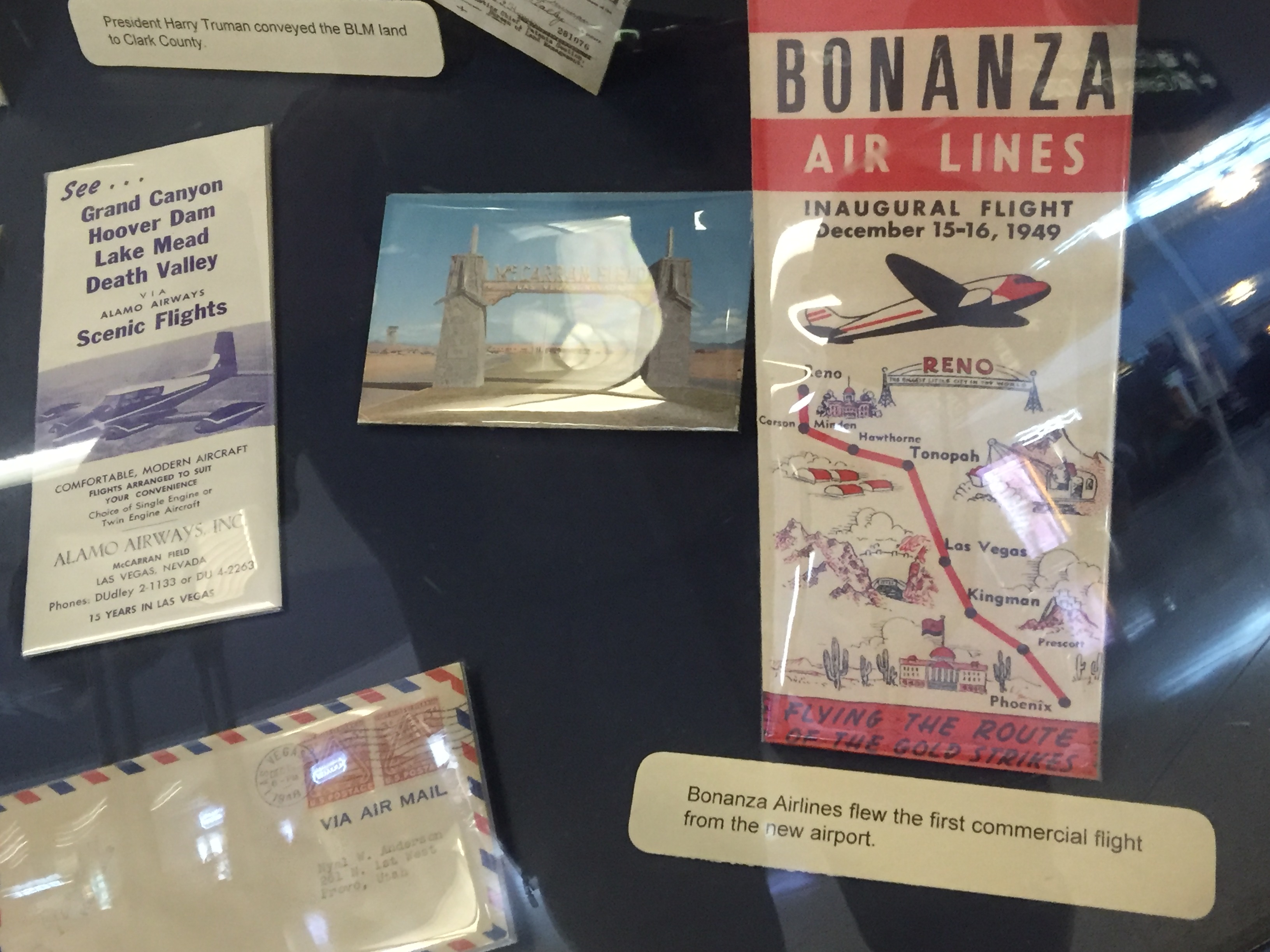 Article Name
Neat Little Vegas Aviation History Display at McCarran Airport
Description
It seems like most airports are only interested in selling as much as possible to passengers and don't give a stuff about their history or people that are helping promote the airport's history. So this was a very pleasant surprise to see at Las Vegas. Congratulations to the airport for putting this display together.
Author
Henry Tenby
Publisher Name
Henry Tenby
Publisher Logo 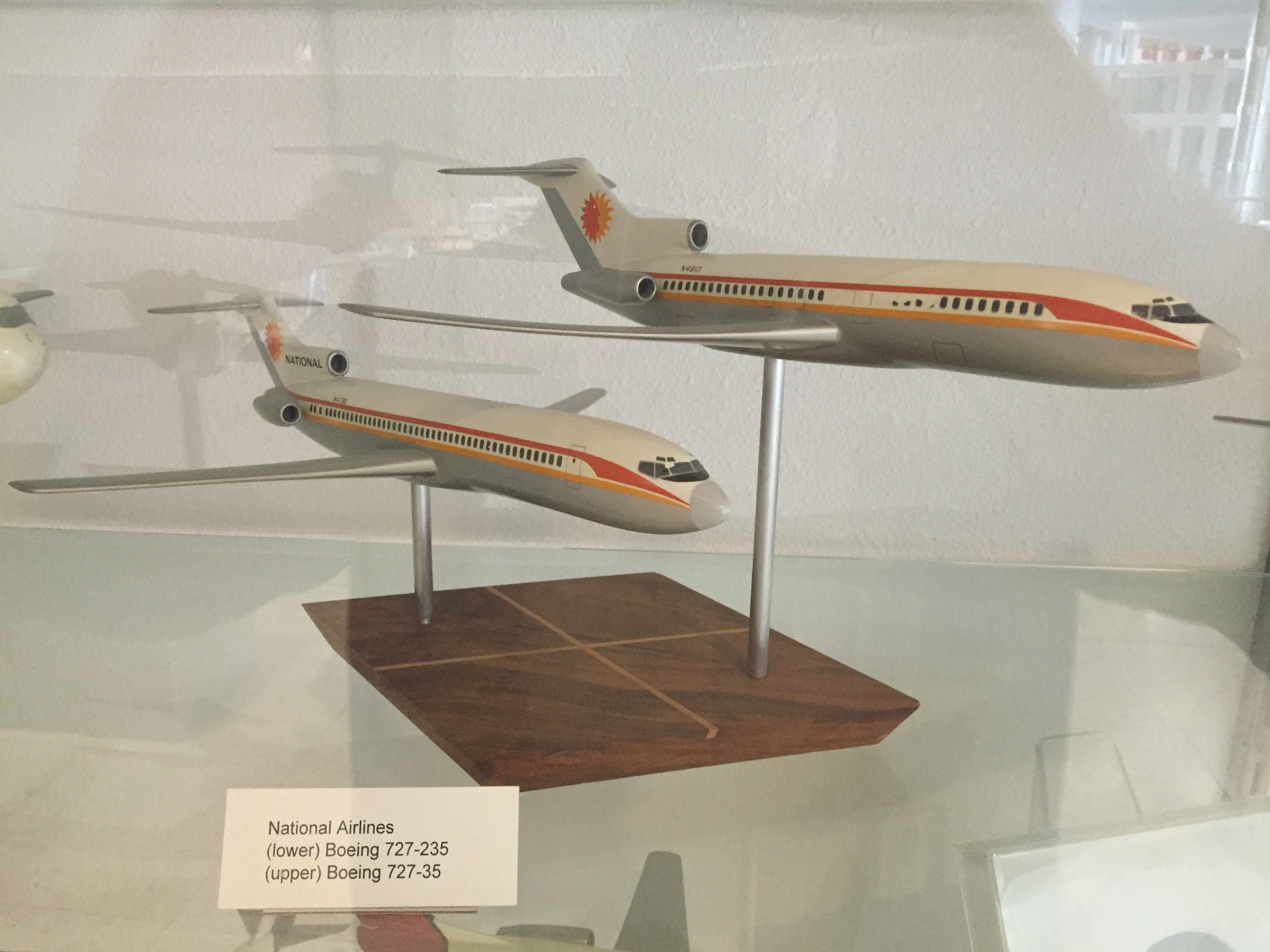