On November 27, 2014, I enjoyed a day trip from Shanghai’s Pudong airport to the new Shenzhen Airport returning the same evening. A 0730 boarding meant I was at the airport quite early, to beat the crowds, and was at gate C93 by 0600 am. The Air China A321 B-6825 was sitting at the gate area, which was empty, so I made myself comfortable to await our boarding. I was one of the first to board and economy seat 24L was my window seat by the trailing root of the wing, which gave me an excellent view. 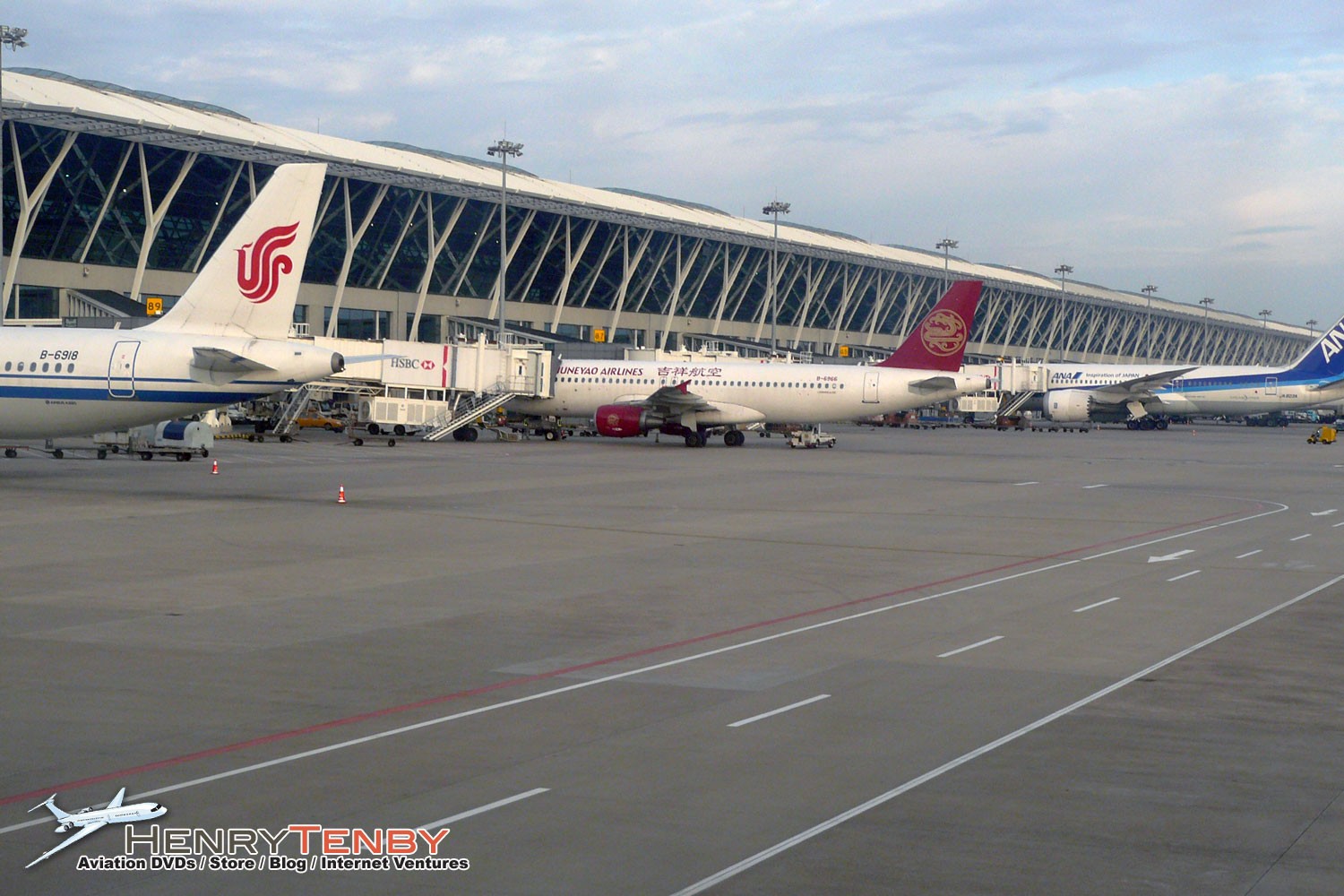 There was an empty seat between me and the fellow on the aisle, which made for a very comfortable ride. With only a ten minute taxi we were airborne at 0750 am to commence the 2 hour and 20 minute flight south to Shenzhen. Having brought my ipad and grabbed an English language newspaper, the time passed quickly and about an hour into the flight we were served a very substantial breakfast, comprised of eggs and potatoes, with bacon and yoghurt. Imagine getting such a complimentary breakfast on an airline in North America. Impossible unless travelling business class.

(Write up continued below) 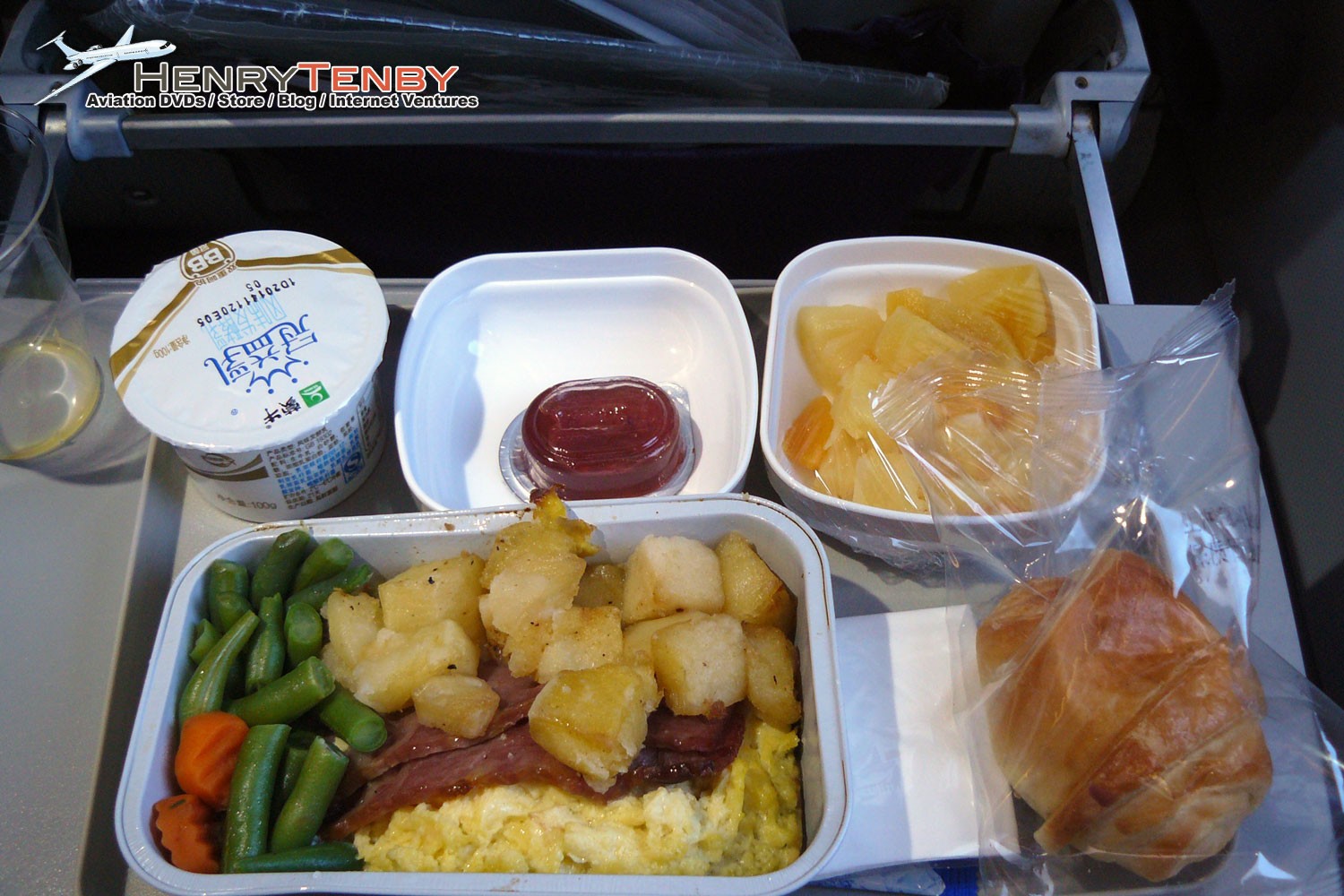 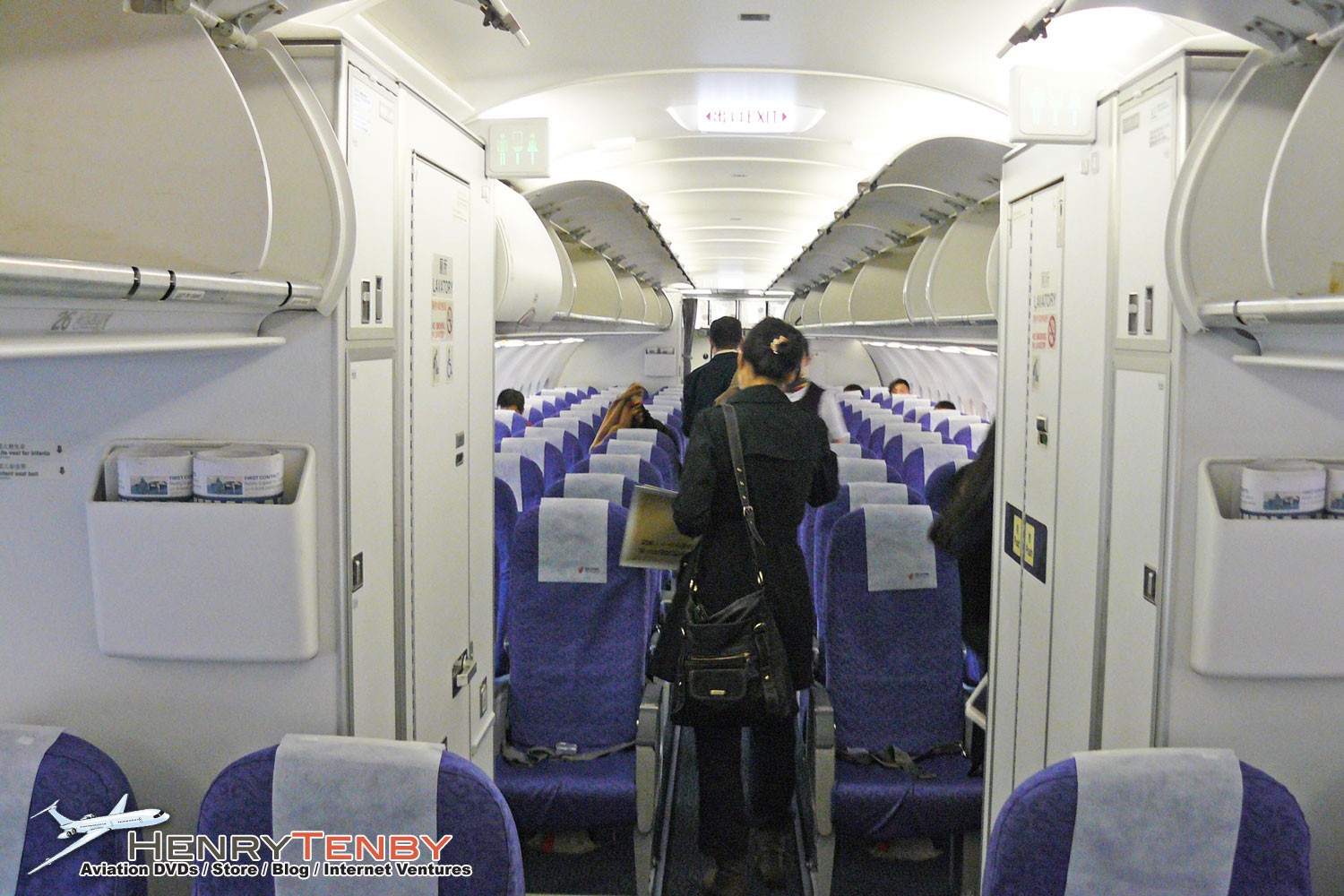 The flight was about two thirds full, and was pleasant in all respects. Flight attendants were attentive, the cabin was comfortable and quiet, and the Captain gave a standard welcome announcement and flight update about 45 minutes prior to our arrival. 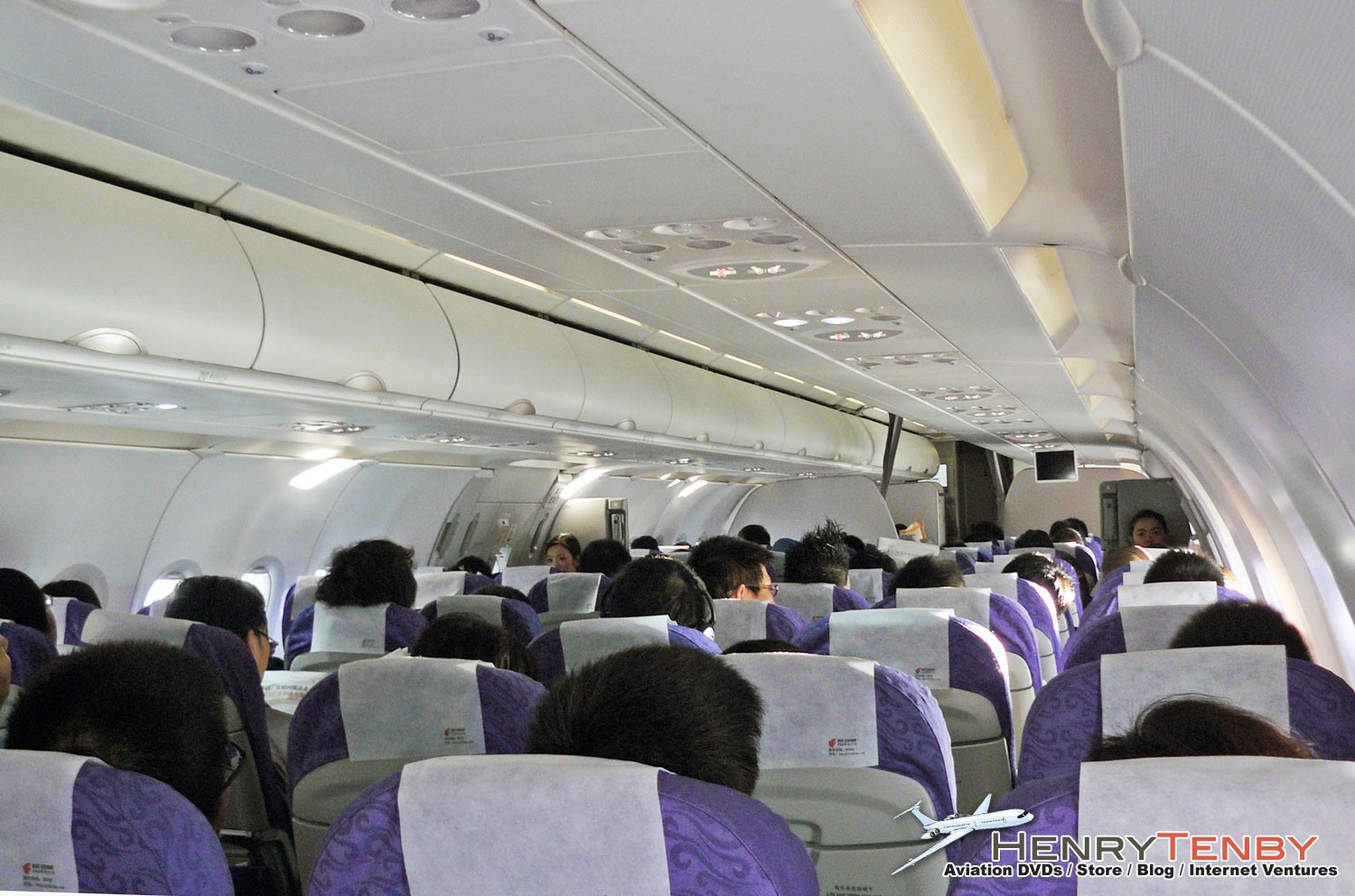 At 10:10 am we touched down at Shenzhen having made an approach over what appeared to be water and swamp lands, but the development of high-rise buildings of Shenzhen were also quite apparent from the air. Air quality appeared to be good, but as we were now in warmer climes, the cabin temperature started to climb quite quickly after we landed. As we taxied to the gate, I noticed just how massive the new Shenzhen airport is, and the huge building’s honeycomb structure was most apparent. Deplaning was smooth and efficient. 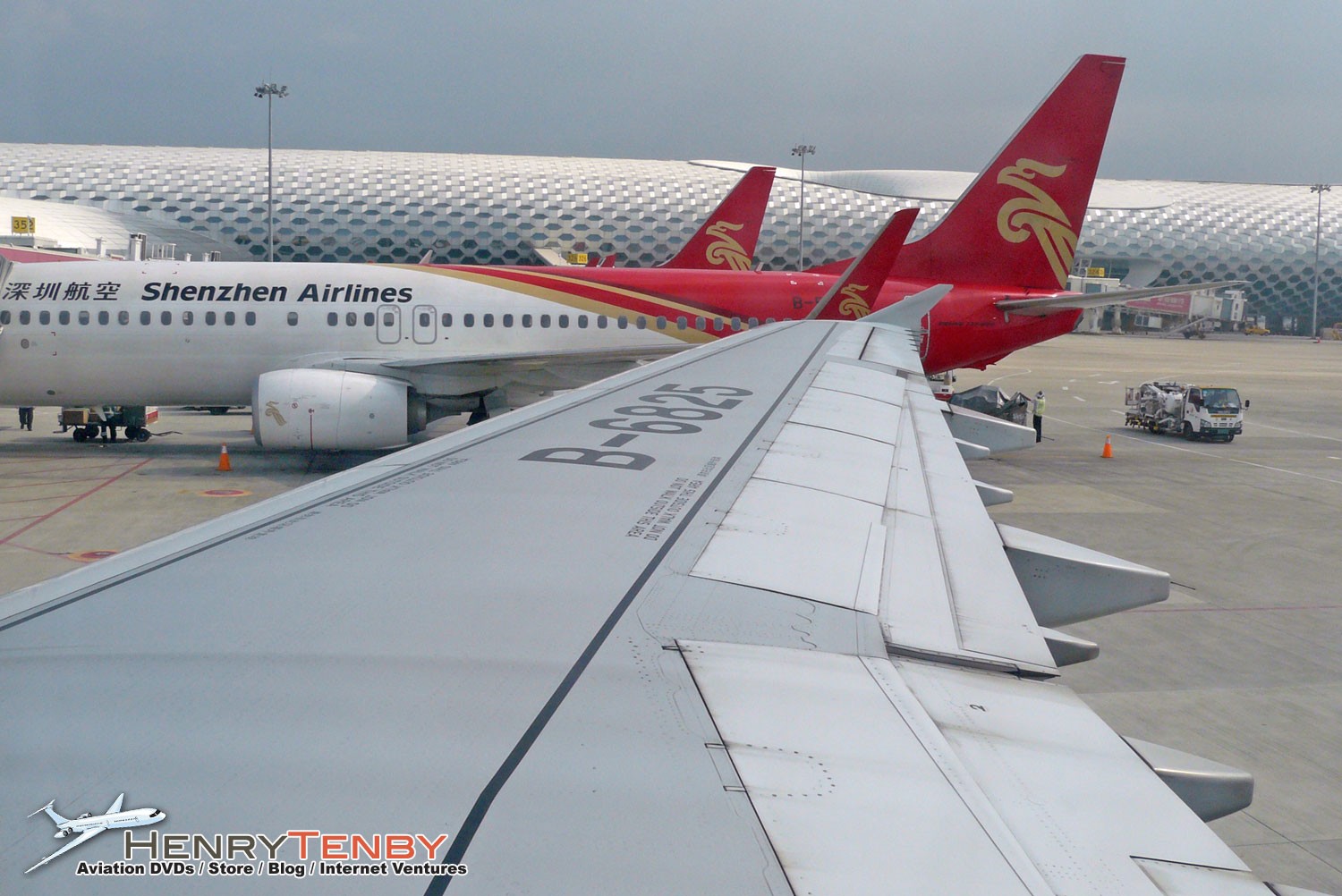 Whilst walking through the terminal to exit the gate area, I noticed that the honeycomb structure actually blocked all visual access through the windows making any form of viewing completely impossible. The building was somewhat interesting from an design perspective, but for aviation fans it was quite a let down. 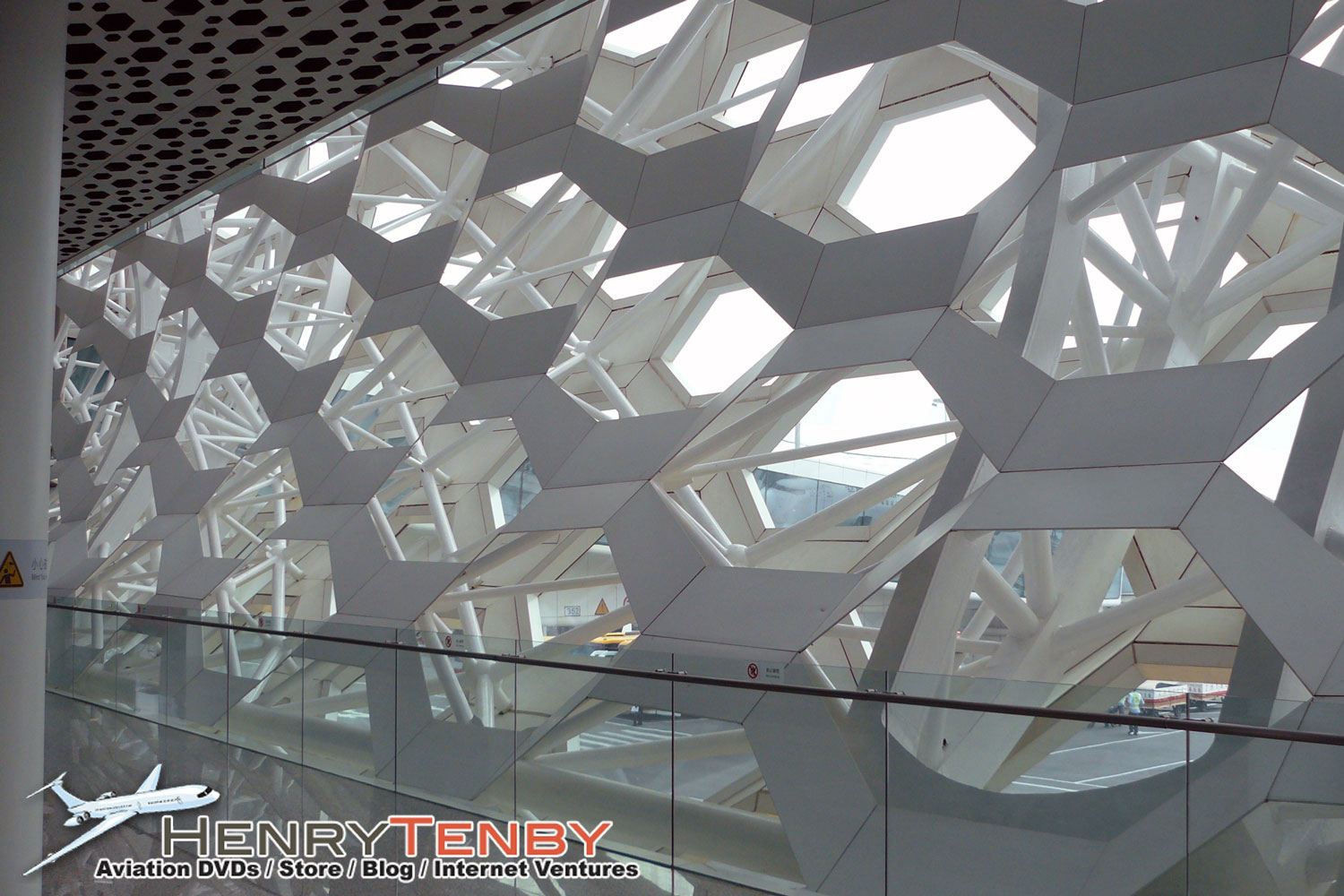 I arrived back at the terminal for my 1730 return flight on Shenzhen Air flight ZH9819 quite early, around 1500. I wanted to get through security nice and early to allow plenty of time to explore for possible photo vantage points. Clearing through security was quick and efficient and I was in the departure area with over two hours to explore. It became apparent very quickly that the airport has no air conditioning or ventilation, and the terminal had become very hot and humid. It was quite unbearable and sweat was pouring down my face for the entire time I was in the terminal area. It was gruelling.

What I discovered was that photography was possible at the east and west facing ends of the terminal fingers, as there was no honeycomb structure to block the window views. But other than those two locations (which were over 1 KM walk from one side to another), the airport is 100% useless for photography or spotting. I spent most of the two hours at the east facing window area with the sun at my back, and as it was late afternoon, the sun was low and light values were good, except when blocked by clouds.

(Write up continued below) 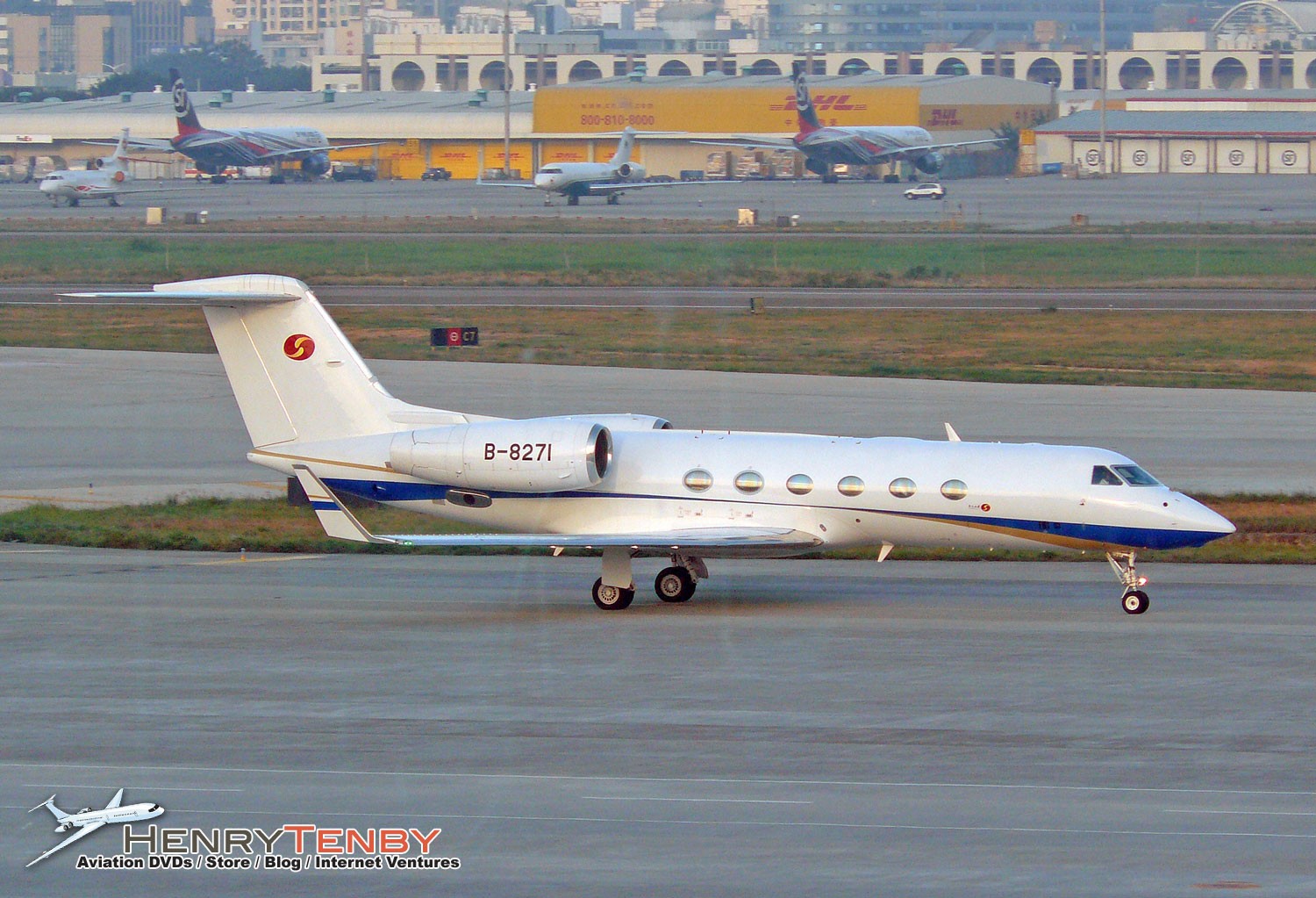 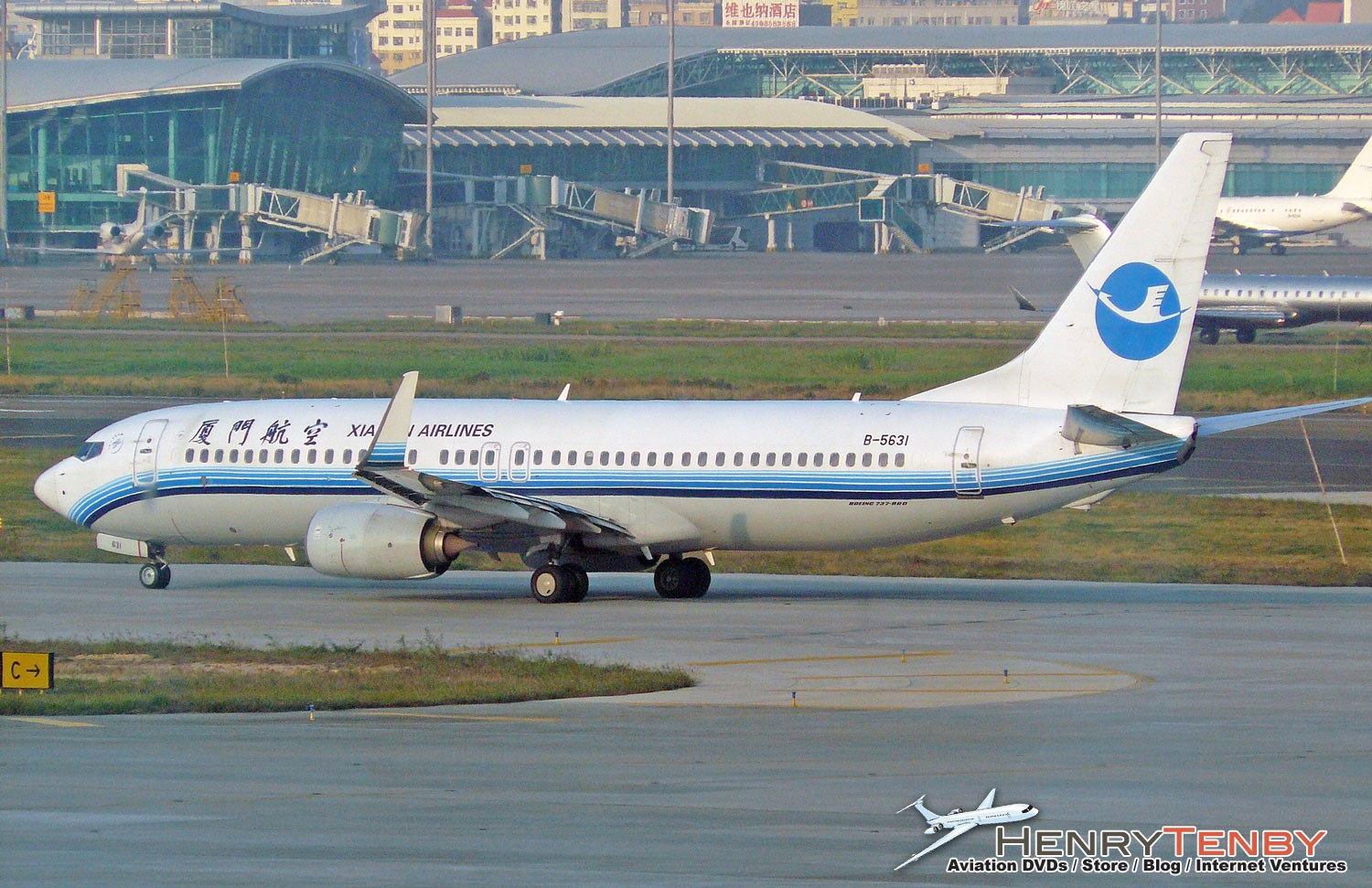 The Air Shenzhen flight on board 737-800 B-5363 departed about 45 minutes late at 1845, which is apparently quite normal at Shenzhen and in China in general, from what I was told. I was seated in seat 7F, which was a window, but the fellow in 7A was looking at solid wall as there is no window in that location. Must be some sort of air conditioning ducting that prevents a window from being in that space, so I was quite lucky to actually have a window. I’d say 737-800 passengers should avoid the front section of the aircraft to increase chances of getting a window seat in a A or F seat.

The flight time back to Shanghai was 1 hour and 55 minutes, and a meat dinner was served, along with beer and other cold drinks, all complimentary in the economy cabin. This time the flight was close to completely full to capacity, and the thermostat was turned up and the boiling heat of the Shenzhen terminal building lasted through the entire duration of the flight back to Shanghai.

It was very uncomfortable to say the least. I cannot understand why the Shenzhen Air flight attendants would keep the cabin at such a hot temperature and boil everyone onboard. I had my air vent open full blast for the entire flight, and it was basically the same effect as a water trickle on an inferno. Suffice to say it was a pleasure to get off the aircraft into the much cooler Shanghai Pudong terminal building.

In hindsight, I could have worn a swimsuit, tank top, and thongs and would have been a lot more comfortable from the time I entered the Shenzhen terminal building for the journey back to Shanghai. Article Name
Day trip to Shenzhen from Shanghai flying Shenzhen Air and Air China
Description
On November 27, 2014, I enjoyed a day trip from Shanghai's Pudong airport to the new Shenzhen Airport returning the same evening. A 0730 boarding meant I was at the airport quite early, to beat the crowds, and was at gate C93 by 0600 am.
Author
Henry Tenby
Publisher Name
Henry Tenby
Publisher Logo