On November 27, 2014, I had the most pleasant experience of visiting the Shanghai Aviation Museum. 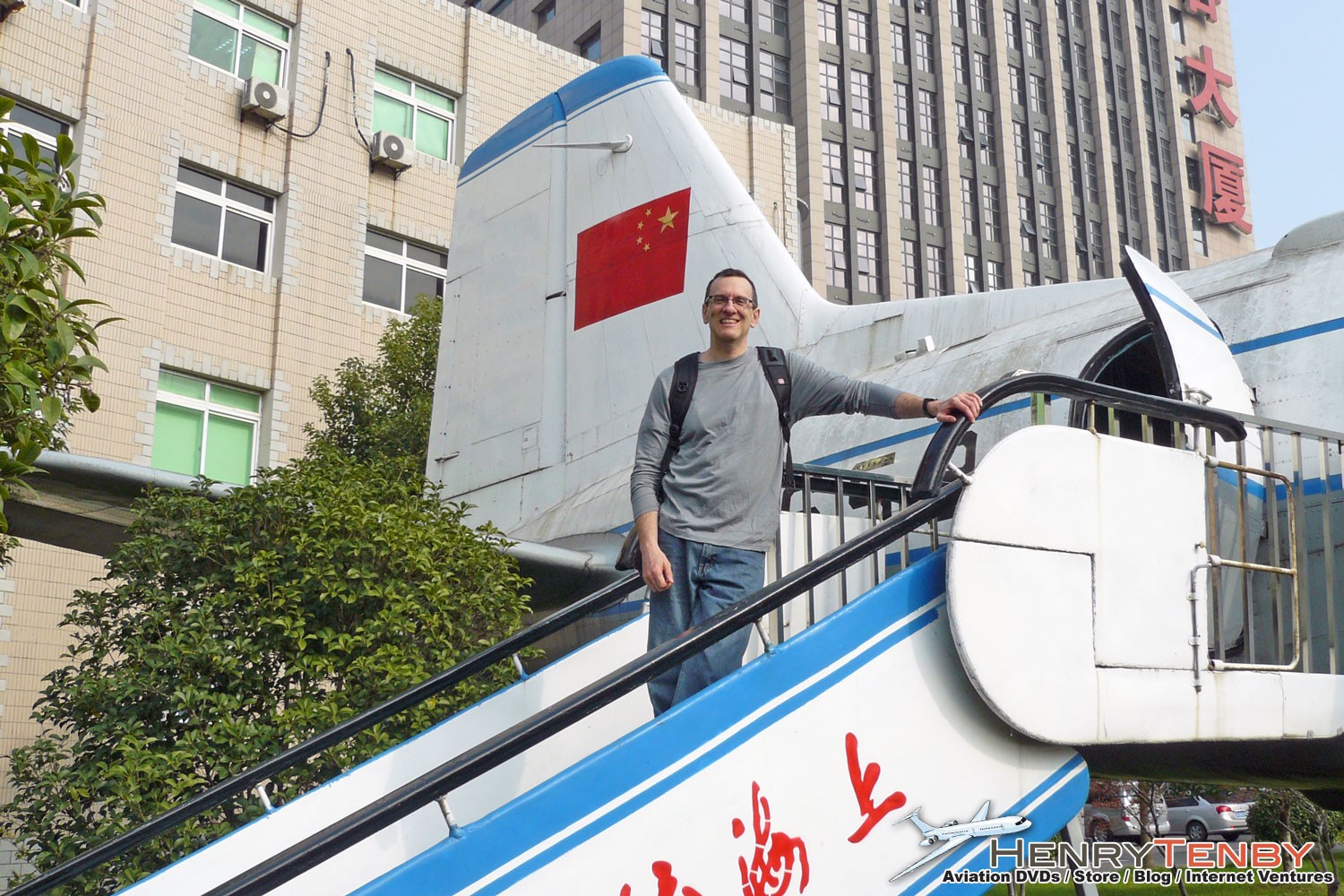 The museum is easily accessed via the Shanghai Metro. Just take line 1 to Jinjiang Park Station and exit through the only exit and take the underpass to the right to the street. Crossing the busy street at street level is not recommended. Turn left when exiting the underpass and walk about 1 km past an amusement park (with Ferris wheel and other rides), go past a large hotel and a commercial building, and you will arrive at the museum on your right from the sidewalk. The address 7900 Huming Road is marked on a sign by the ticket office and you will see the tail of the DC-8 visible from sidewalk.

For me the former JAL DC-8-61 was a huge and unexpected surprise. I had no idea this aircraft was at the museum, let alone that you could go inside and tour the fully intact passenger cabin. As a fan of classic jetliners, I spent quite some time savouring the visit to the passenger cabin sitting in various seats viewing the wing and engines from the windows, which unfortunately where quite glazed and scratched. But the cabin and seats are in remarkably immaculate condition. 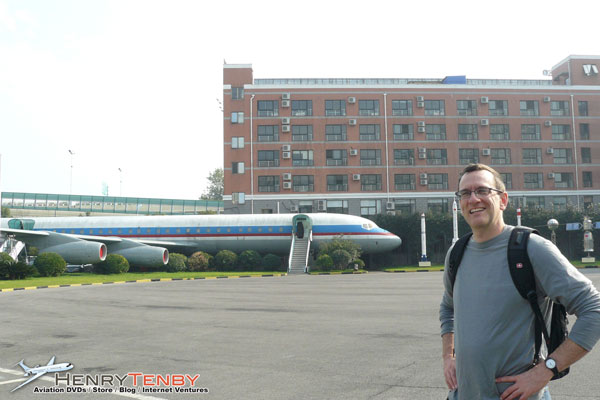 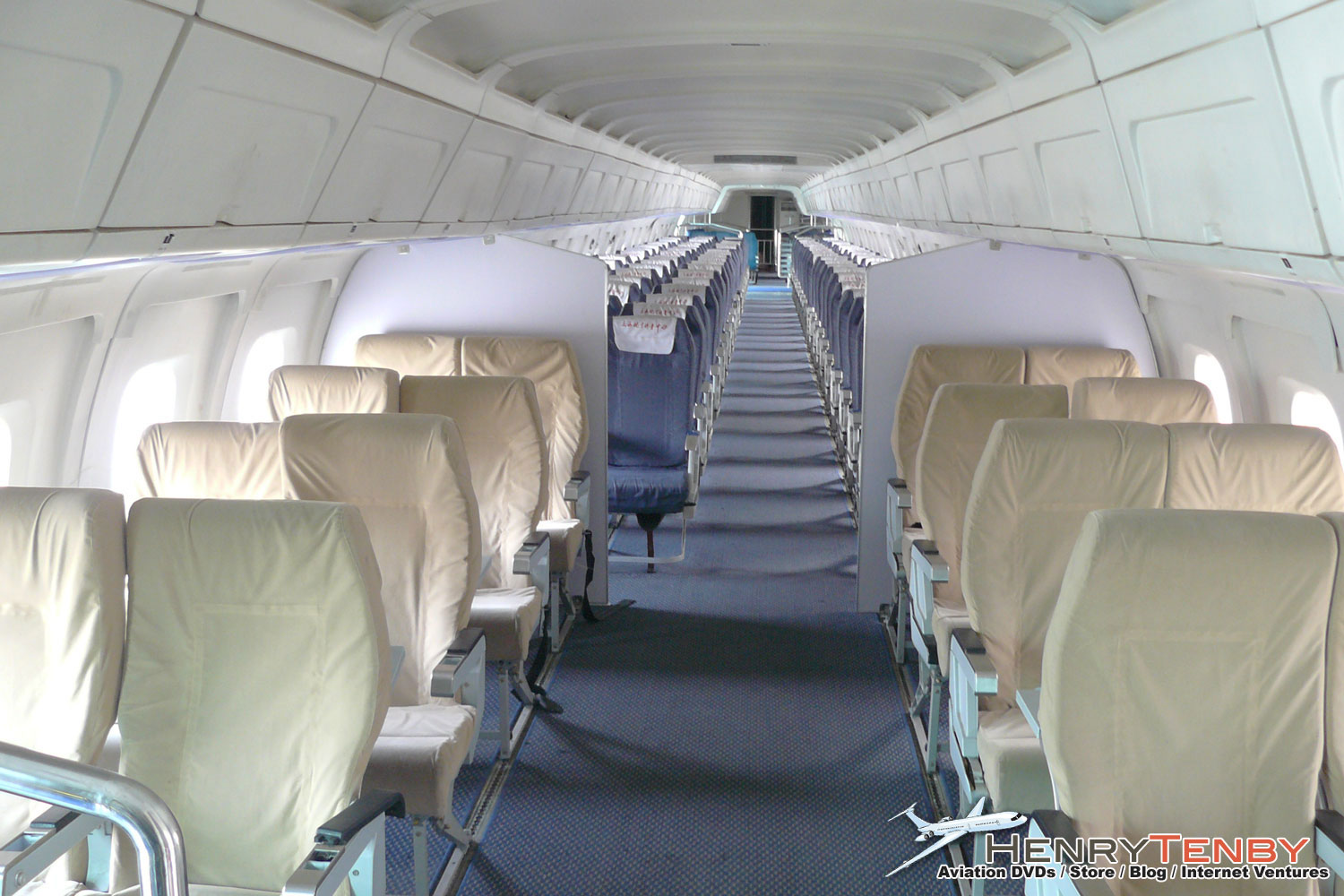 A sign at the museum explainS that the JAL DC-8-61 was written off as a result of a landing incident at Shanghai Hongqiao Airport in September, 1982. There was some sort of brake failure stemming from an hydraulic system malfunction, and the aircraft was deemed an insurance write-off. A local aviation maintenance company performed cosmetic restorations to the aircraft and it appeared as a showpiece at SAEC in 1986, and was transferred by road to the museum on Central Shanghai at a later date.

The museum’s other prize exhibit is a CAAC IL-14 that was once used as a transport by Chairman Mao. Like the DC-8-61, museum visitors are welcome to visit the cabin of the IL-14 and you can even sit in the exact same seat used by Chairman Mao during his flight on the aircraft. His photo in the same seat is posted on the cabin bulkhead just above the seat. 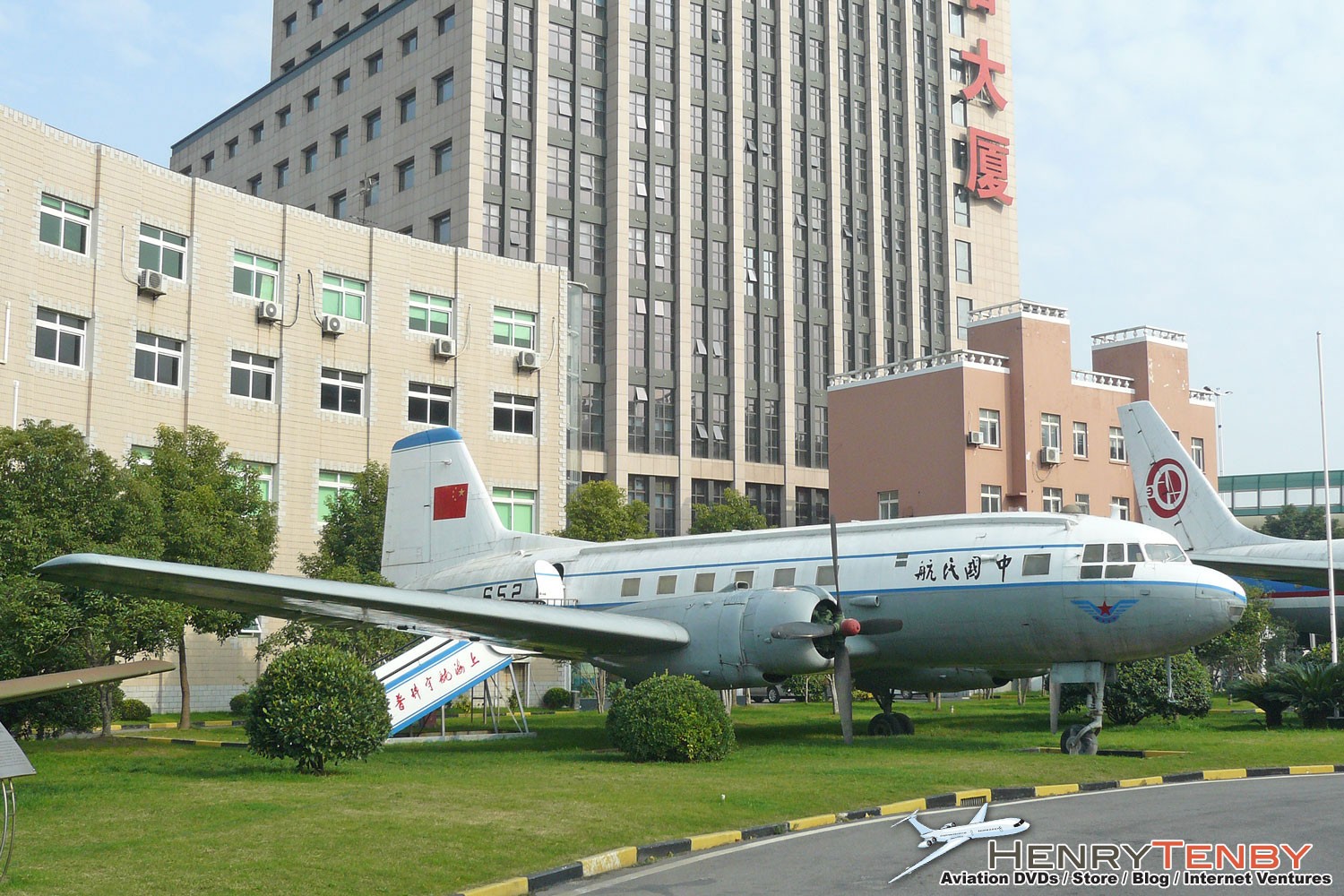 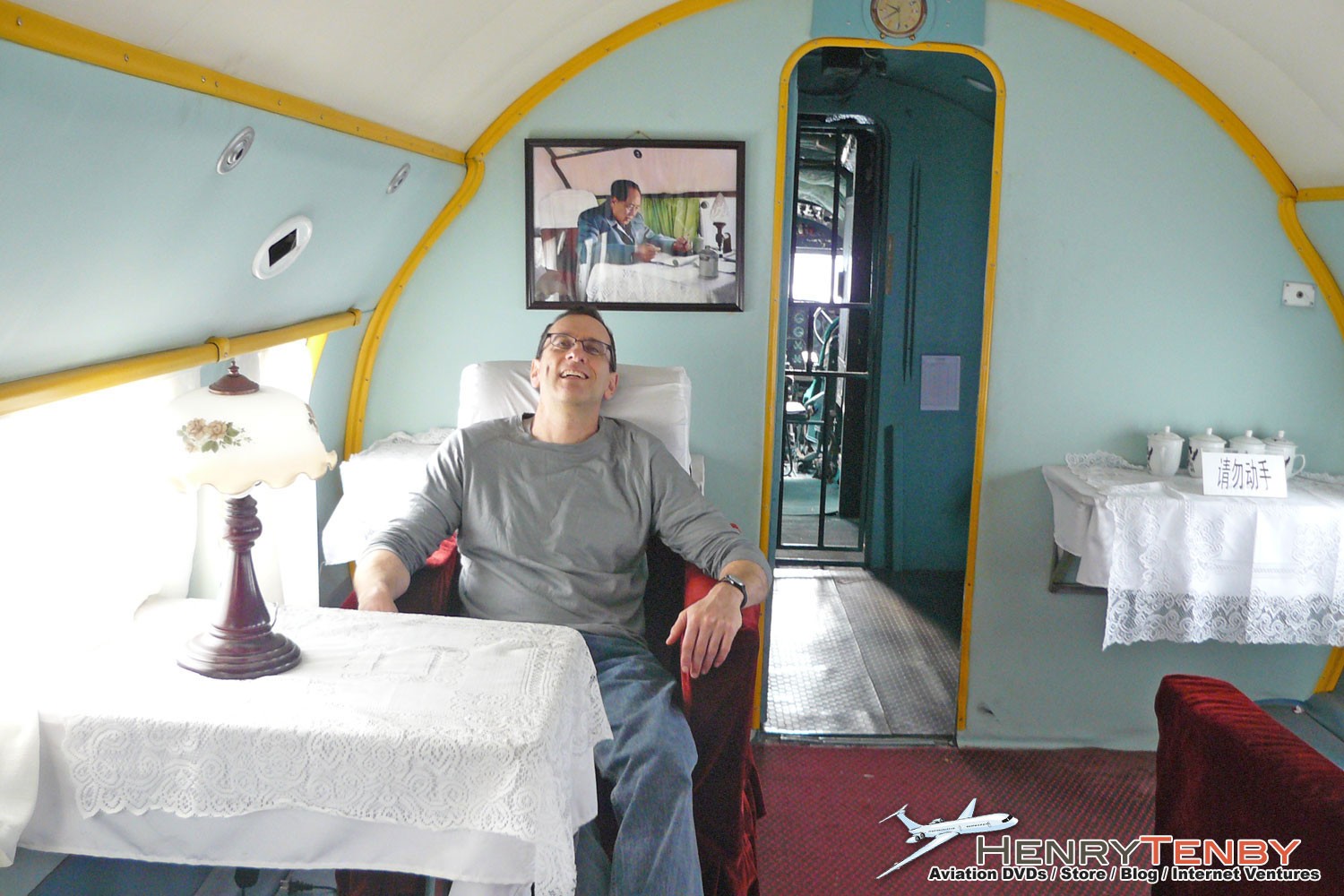 Indoor exhibits include a nice presentation of various models and diagrams with various interactive displays for children, and the outdoor ramp includes a Chinese Air Force helicopter and an assortment of various MiGs and Chinese built fighter jets. One can easily spend a few hours at this hitherto unknown museum, and even though it is surrounded by urban development and office buildings, as it is government owned, one can only hope its future at the present location is guaranteed for the foreseeable future.

The admission cost is only 8 RMB per person, and there cannot be too many places on this planet where you can get this level of enjoyment for such a nominal outlay. My recommendation is budget two hours for your visit, and try to go on a nice and sunny day. You’ll have a lot of fun. 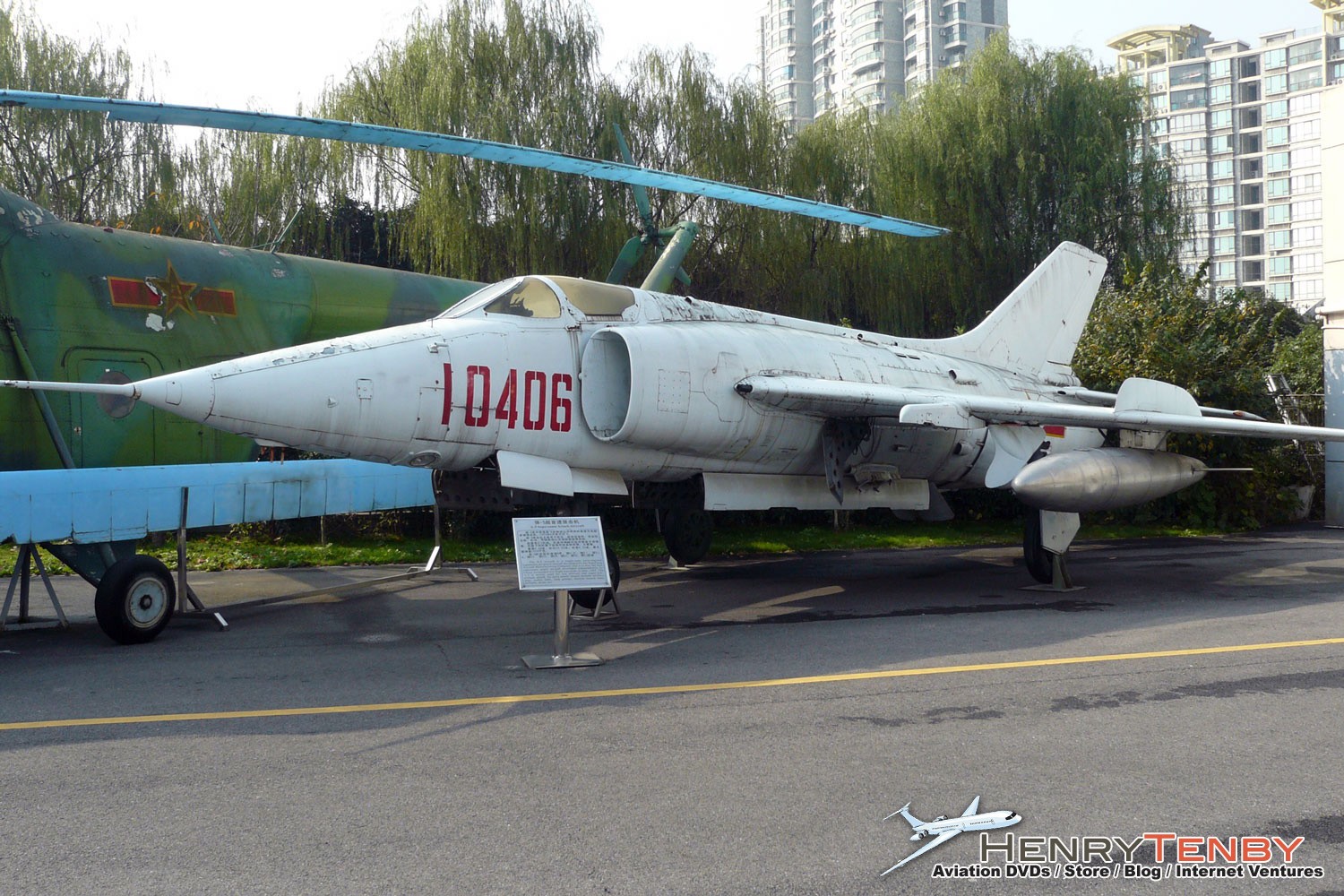 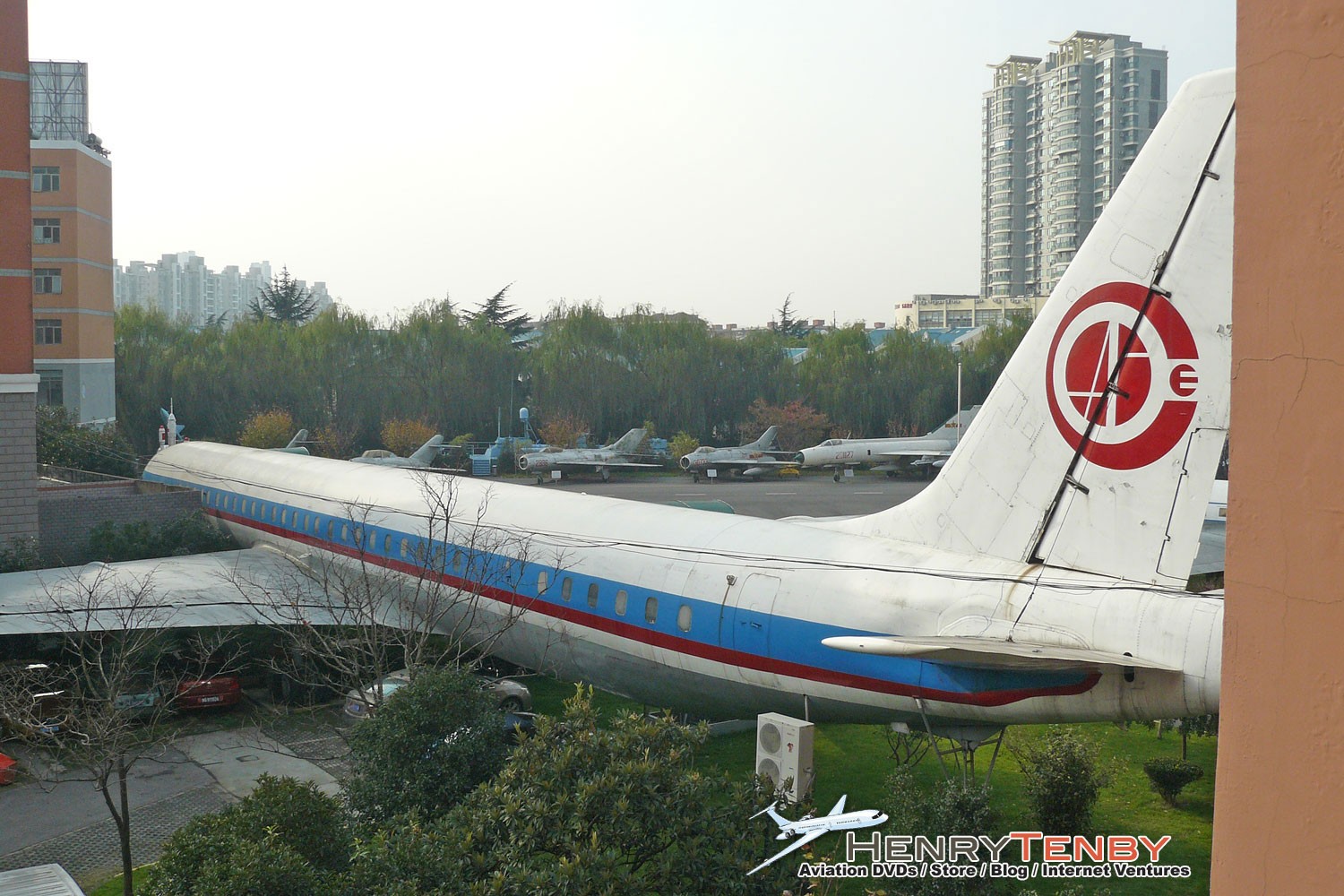 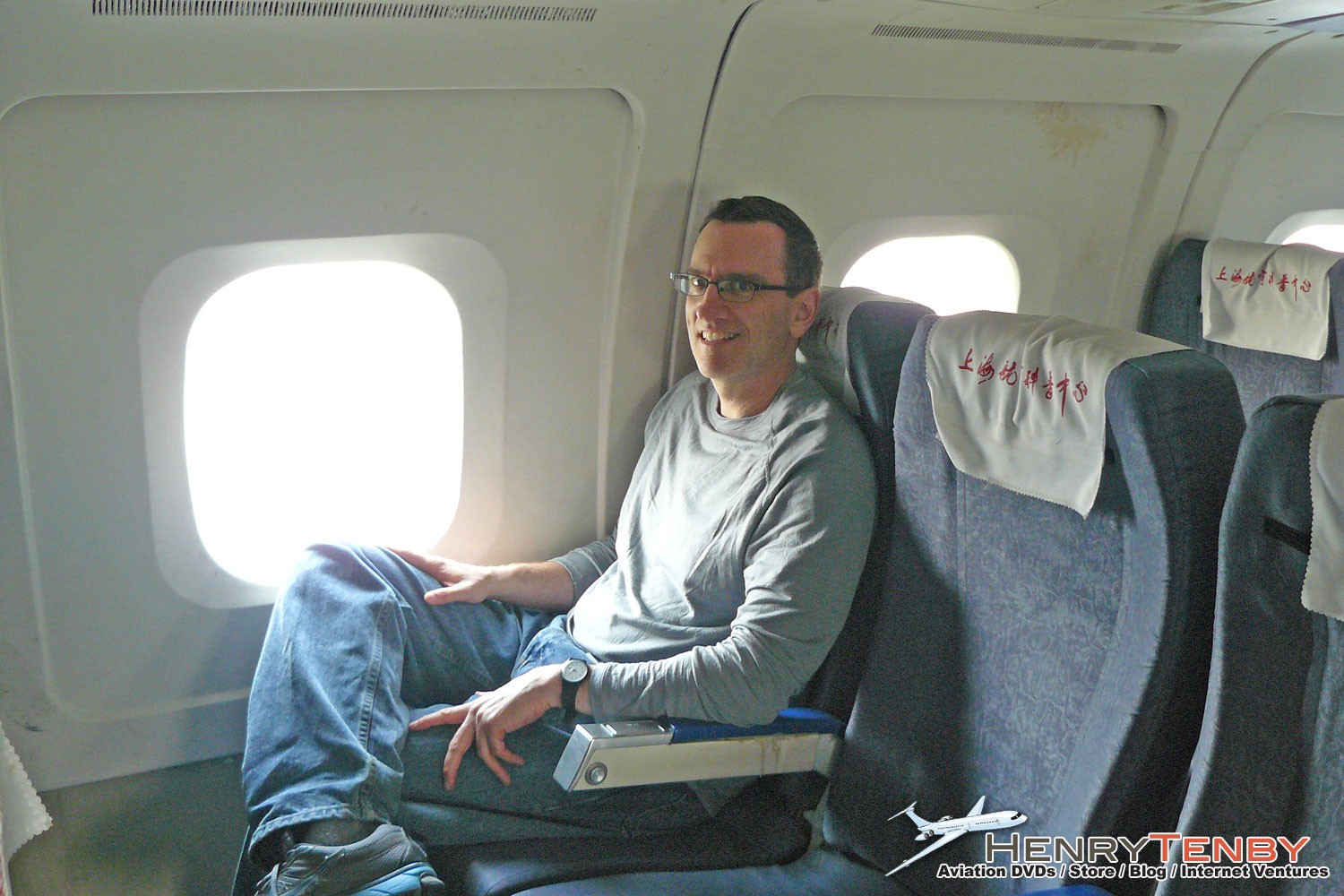 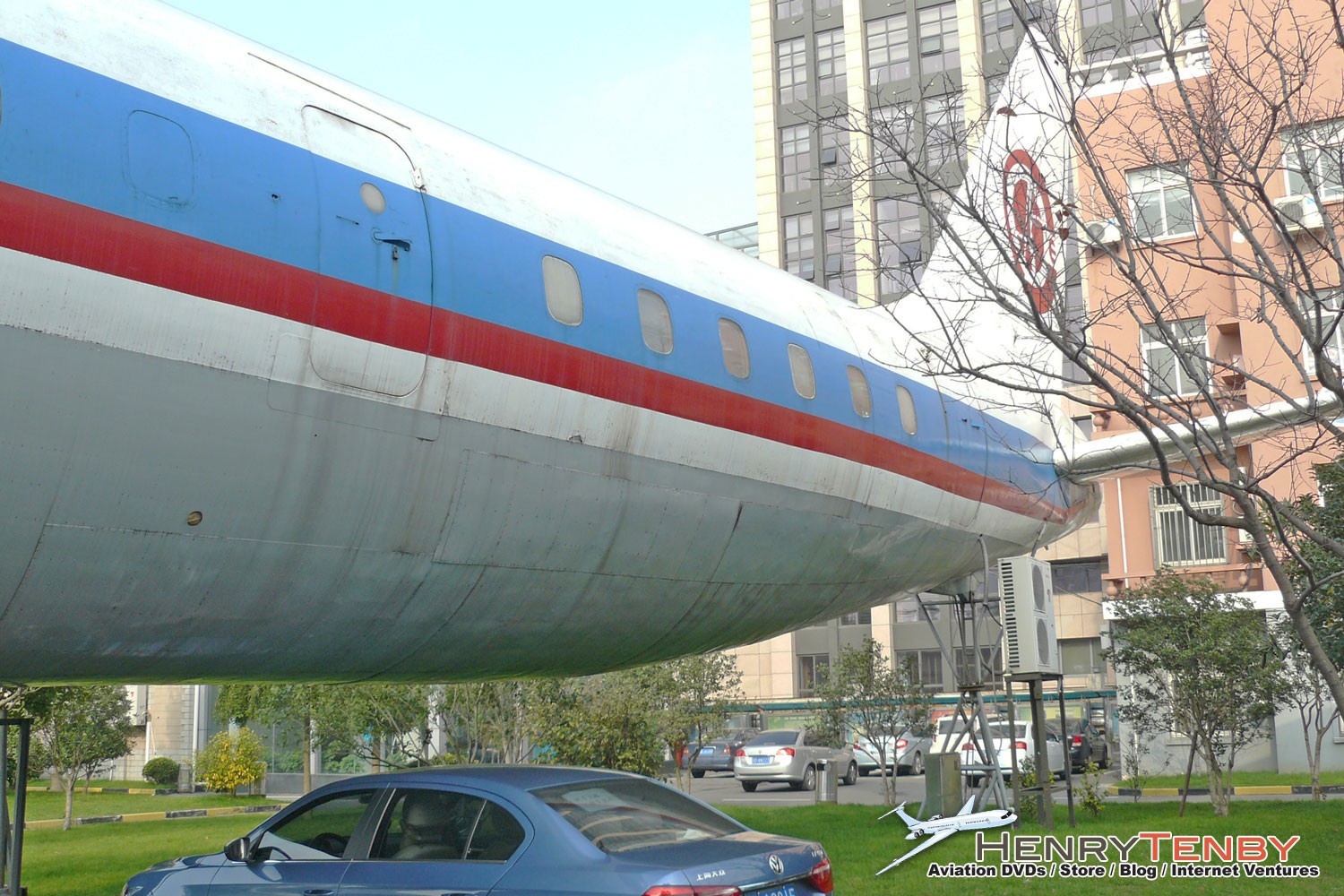 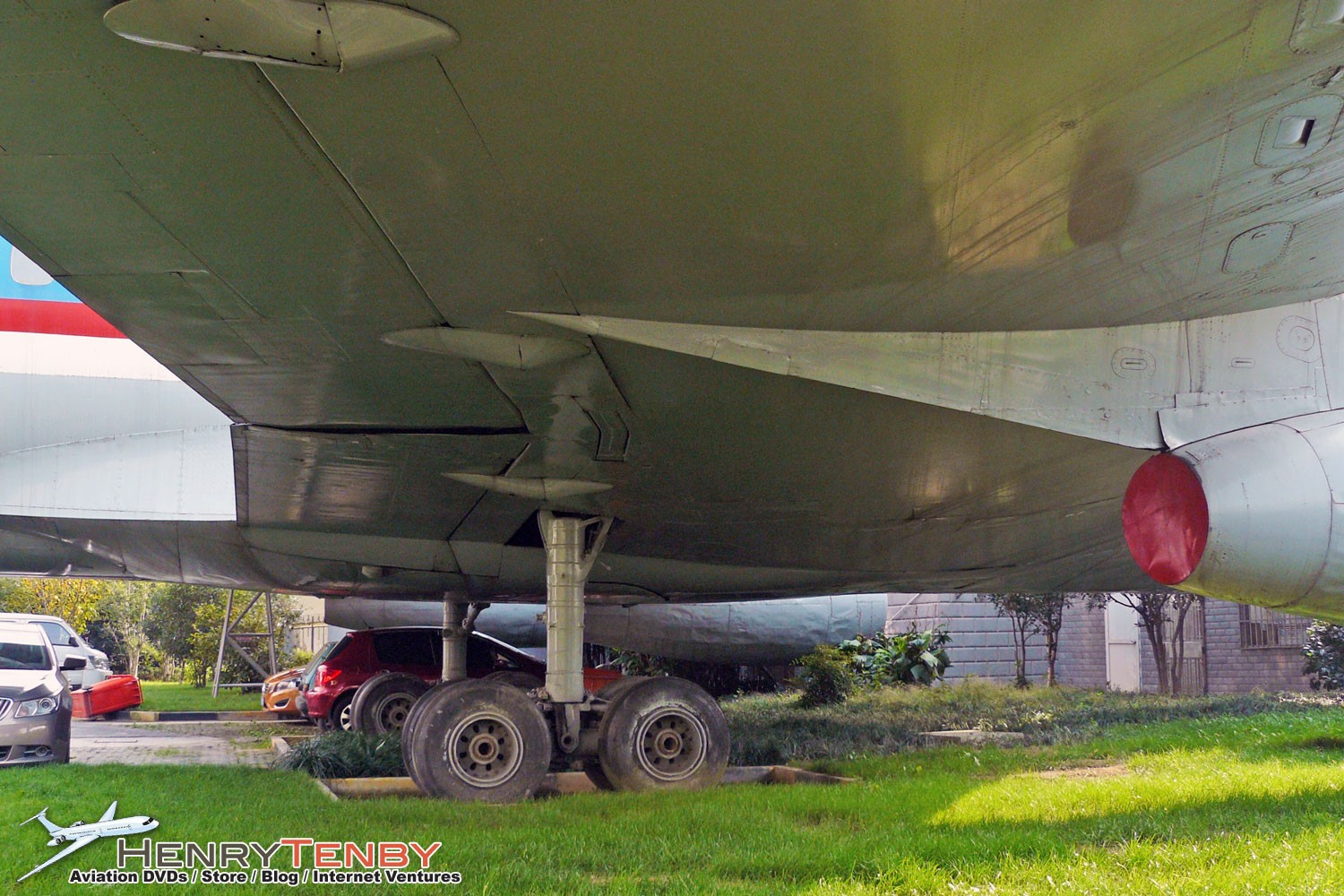 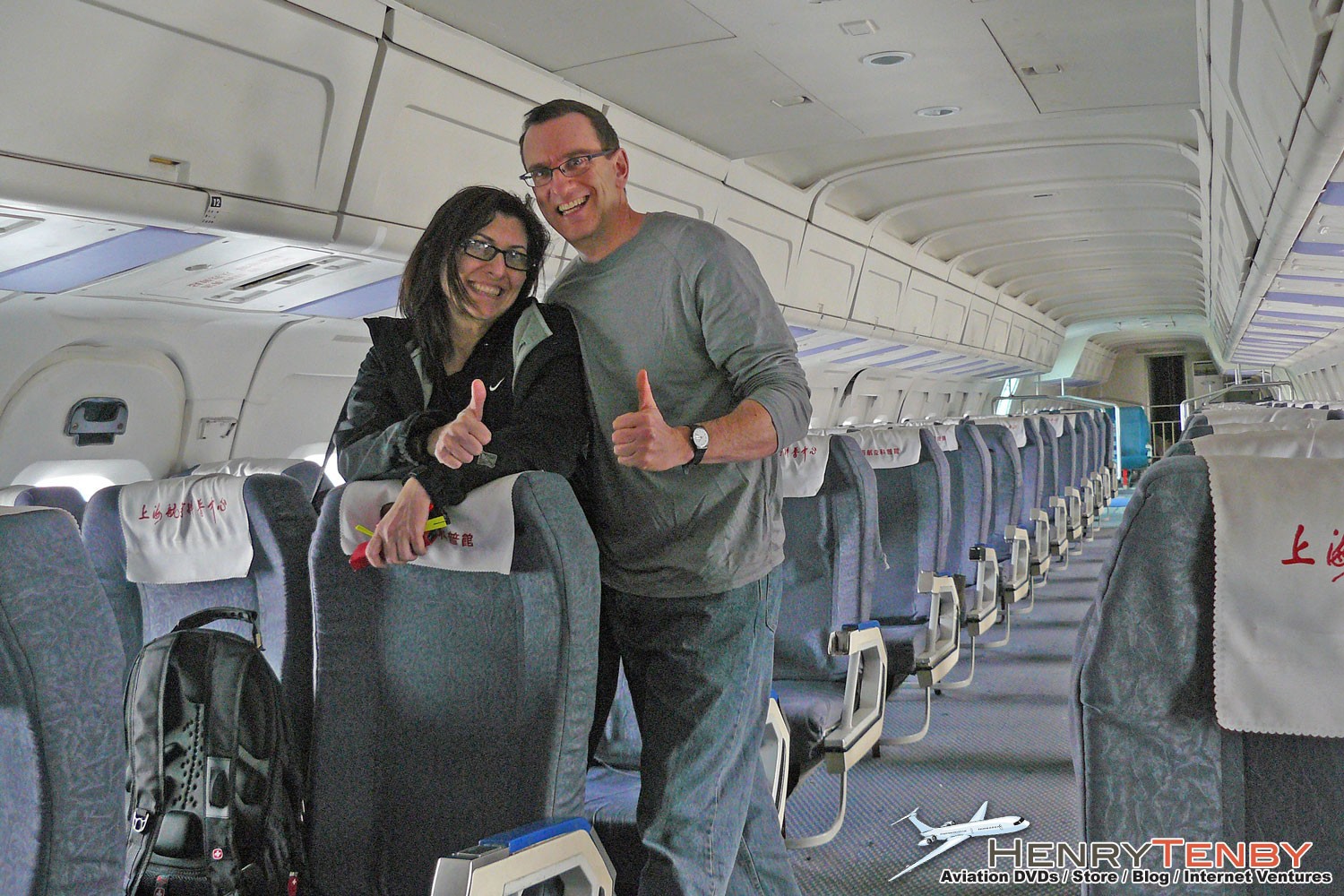 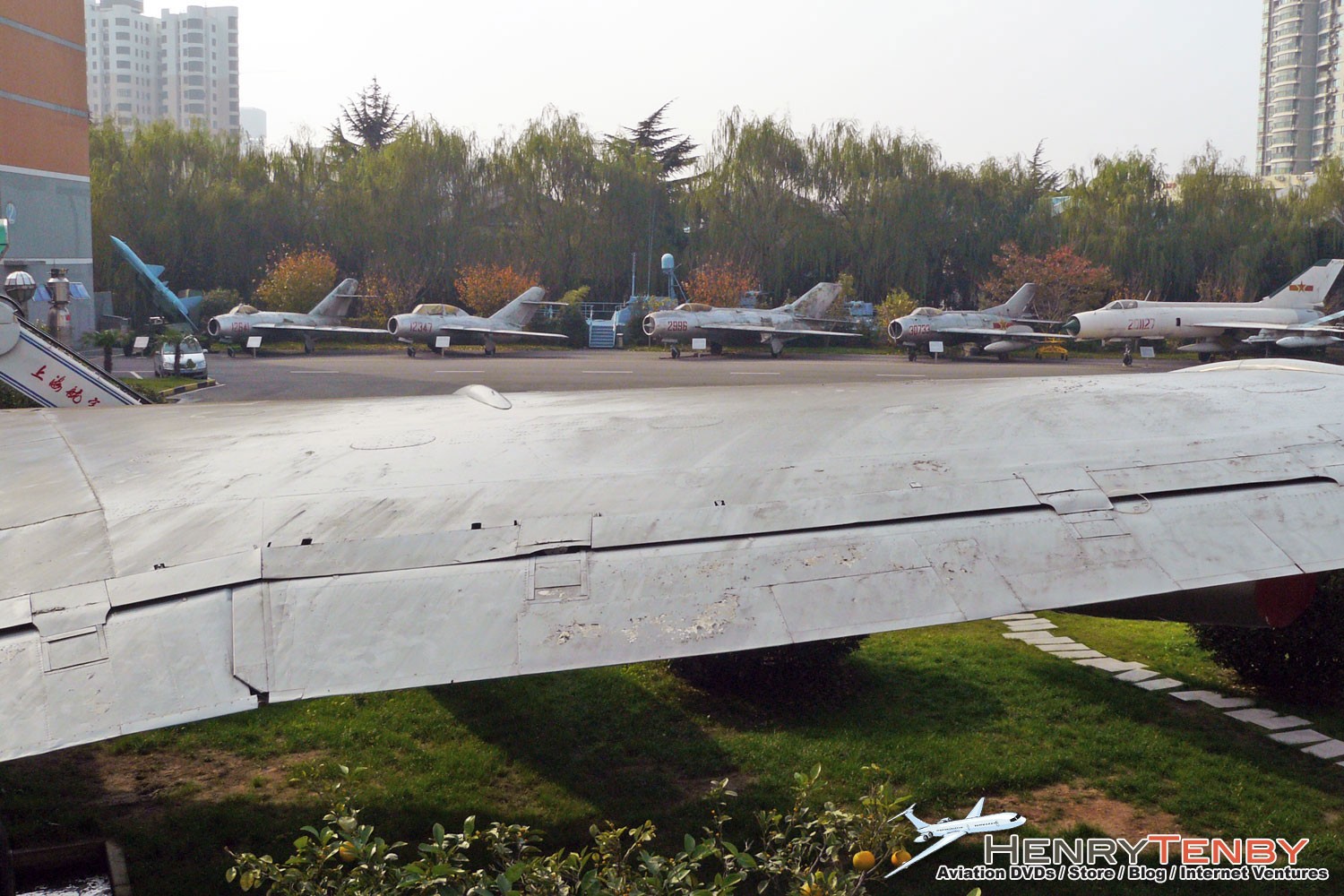 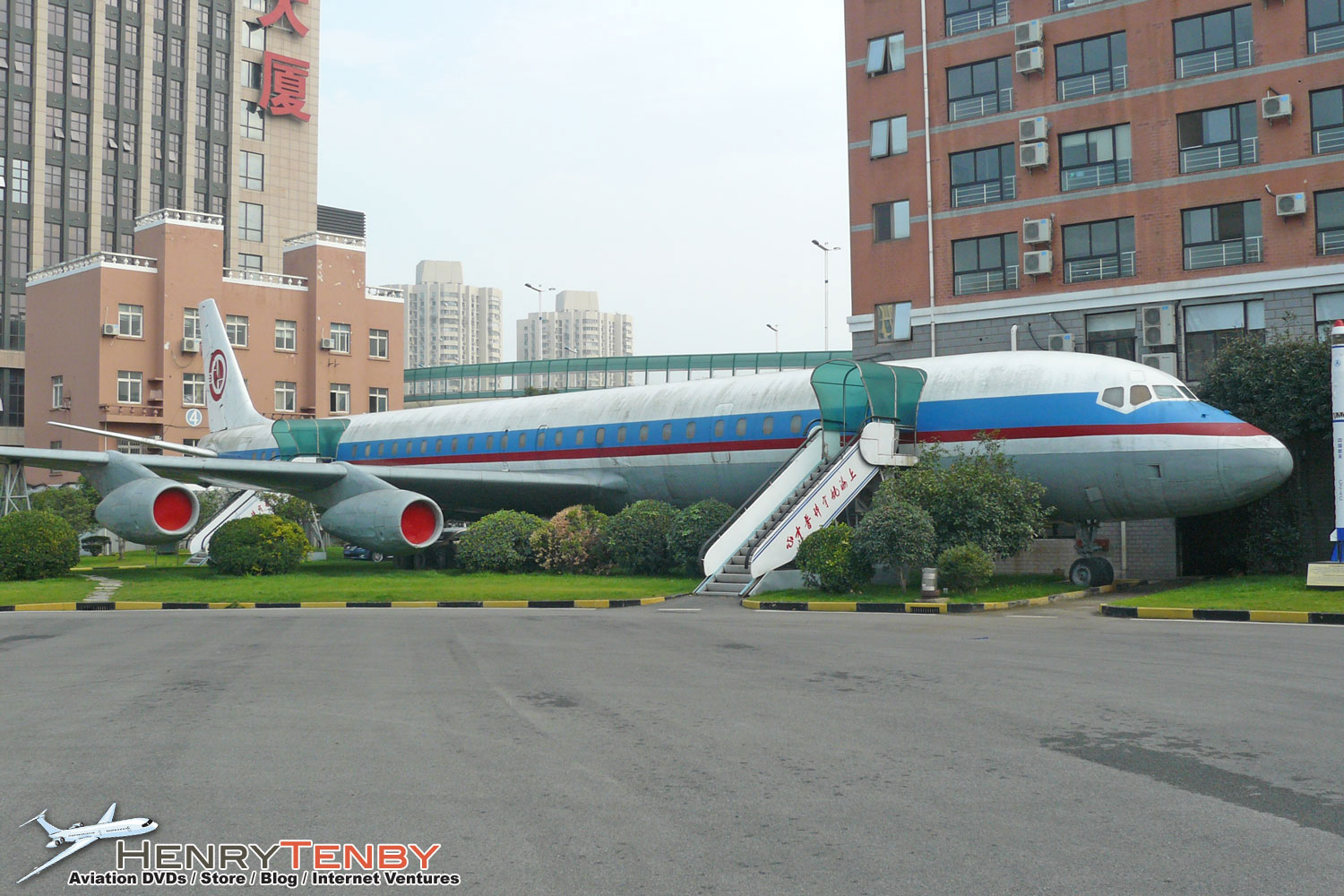 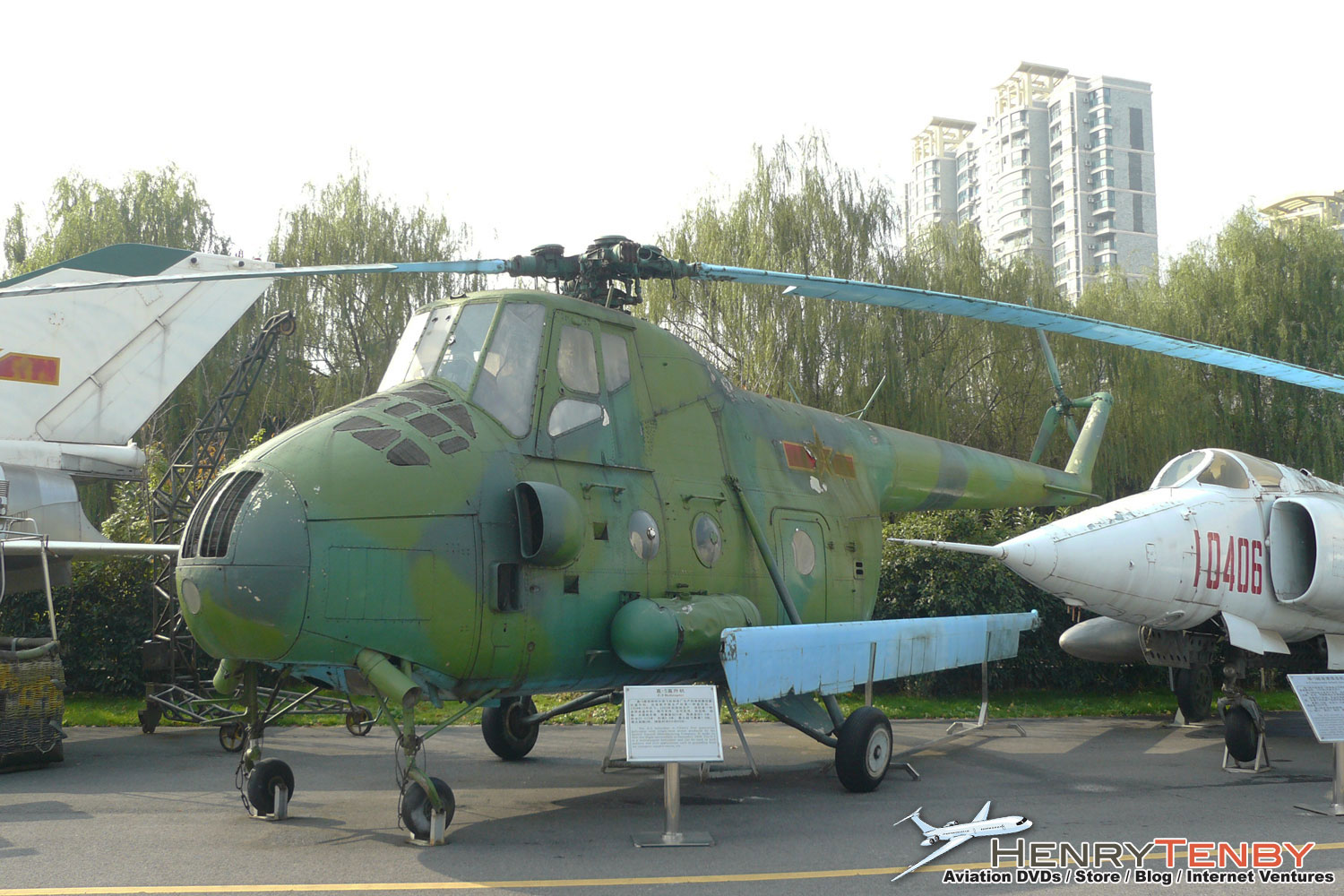 Article Name
A Visit to the Shanghai Aviation Museum
Description
The Shanghai Aviation Museum is easily accessed via the Shanghai Metro. Just take line 1 to Jinjiang Park Station and exit through the only exit and take the underpass to the right to the street. Crossing the busy street at street level is not recommended. Turn left when exiting the underpass and walk about 1 km past an amusement park.
Author
Henry Tenby
Publisher Name
Henry Tenby
Publisher Logo