It is particularly appreciated when a DVD customer contacts me expressing his or her appreciation of my work, sharing a common interest in Canadian airline history.

I very recently received one such response from Mark Lemieux, here in Vancouver, which I’d like to share here in my blog.

Interesting to read your bio about your early years, and how similar they were to mine regarding the beginnings of a life long interest in airliners, aviation, and frequent trips to the airport. I to spent many wonderful hours out at the old YVR mid to late 1960’s [back when airliners, like classic cars, had REAL style and identifiable lines of design]. My father, who was 23 years older than my Mother, was in the RCAF, an officer WAG [wireless air gunner]-starting with Harvard training and later Liberator and Halifax aircraft.

My Father passed on that interest in aviation to me with these regular airport trips, which has continued to present day since the opening of the new terminal in 1968. My Grandmother was one of the few woman taking flying lessons out at Sea Island in the 1930’s, and somewhere here I have a wonderful picture, her in goggles and leather flight jacket, standing beside instructor and bi-plane trainer, very Emilia Earhart like. My sister had a 30 year career in the RCMP and is a private pilot. My life long dream was to become a commercial pilot, a dream I never fulfilled unfortunately.

Another interest in aviation was it’s darker, tragic side. On camping trips with my father near Hope being told of the lost airliners on mountains like Cheam and Slesse. This started a lifelong interest in reading about aviation disasters and investigations [most recent-Bob Page’s excellent book Voices of a Forgotten Tragedy TCA Flight 831], and an interest in particular, in Canadian accidents such as the 1956 TCA crash on Mount Slesse. I have climbed and been to that site.At Christmas time my sister presented me a wonderful gift, your TCA DVD package and I am really enjoying watching it all. 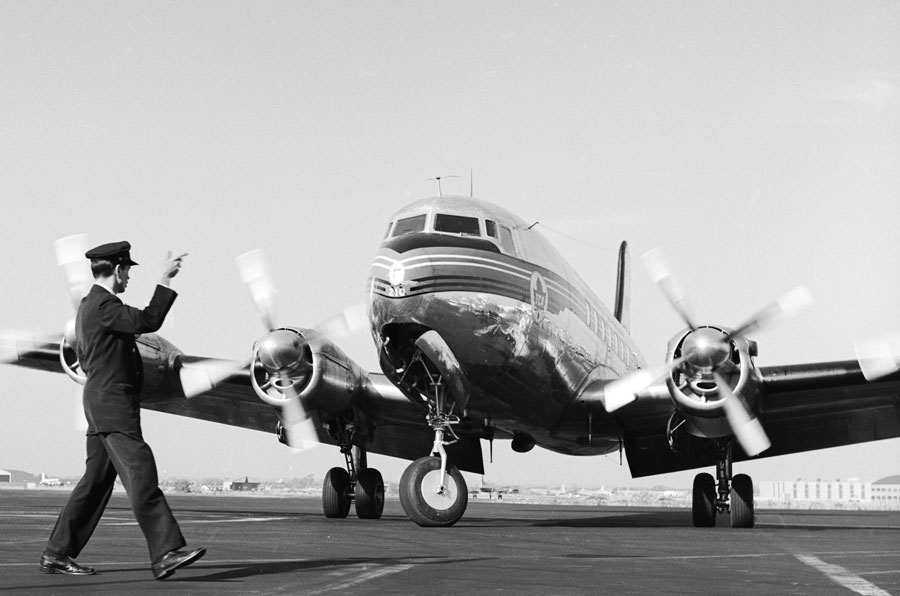 In the 1950’s DVD there is a lot of footage of the Slesse aircraft–Northstar CF-TFD. But last night, as I continue make my way through the DVD’s, the best one so far I feel, the Viscount DVD. A segment called ‘Routine Flight’ in which the narrator tells us we will soon be introduced to the new Viscount. Before that though, is just some great behind the scenes Northstar segments, and footage, in particular in the Merlin Engine shop. One segment is a pilots weather briefing, and I nearly fell off my chair when Captain Allan Jack Clark [TCA Flight 810] strolls in for his briefing!!–

Regarding the great book ‘Voices From a Forgotten Tragedy-TCA Flight 831, Bob Page [who lost his father in the crash] unfortunately will be discontinuing his book and the web site very soon. Doing everything on their own, they managed to sell only 800 books and are OK with that.Unfortunately they could not find a publisher/distributor. I have read many aviation disaster books and consider this to be one of the better ones. It’s written in a loose, snapshot of people’s story’s and recollections, present and at the time of the accident. Almost scrap book style–Wish more could have had a chance to read the book. I offered to try to keep it going for him, but no response so far. Their website is: http://www.tcaflight831.com/Historical-Background.html

The book comes with a great DVD that includes the great CBC documentary on the crash investigation ‘At The Moment of Impact.

Anyway–Really enjoying the DVD’s and thank you for preserving and presenting them. Thank you