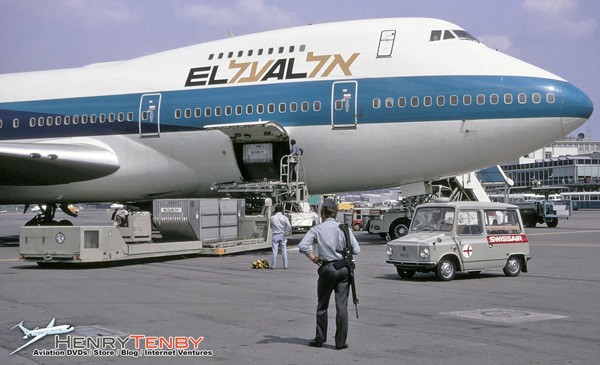 In the late 1960s, Israel’s State airline EL AL endured several violent terrorist attacks on its aircraft at foreign airports in Europe, all instigated by Yasser Arafat’s PLO or the Popular Front for the Liberation of Palestine. Security had never been a second thought for the airline, ever since the company’s founding, which coincided with […]

I very recently acquired a small number of slides from a former Swissair employee (who prefers to remain unidentified) who visited Paine Field, WA in 1970 and 1971 for the delivery of Swissair’s two Boeing 747-257B aircraft, HB-IGA and HB-IGB. In addition to the Swissair aircraft he was there to pick up for his airline, […]