I recently came across some old kodachrome slides taken at Miami Airport in the early 1960s, that show the development and expansion that took place at the terminal and observation deck between 1962 and 1965.

From the two main images below, we can see that the gate area finger was doubled in width, which meant a new observation deck was added on the right side, at a slightly lower level, giving a view to the south side apron. They even had the thought to provide park benches for the comfort of the visitors to the deck. 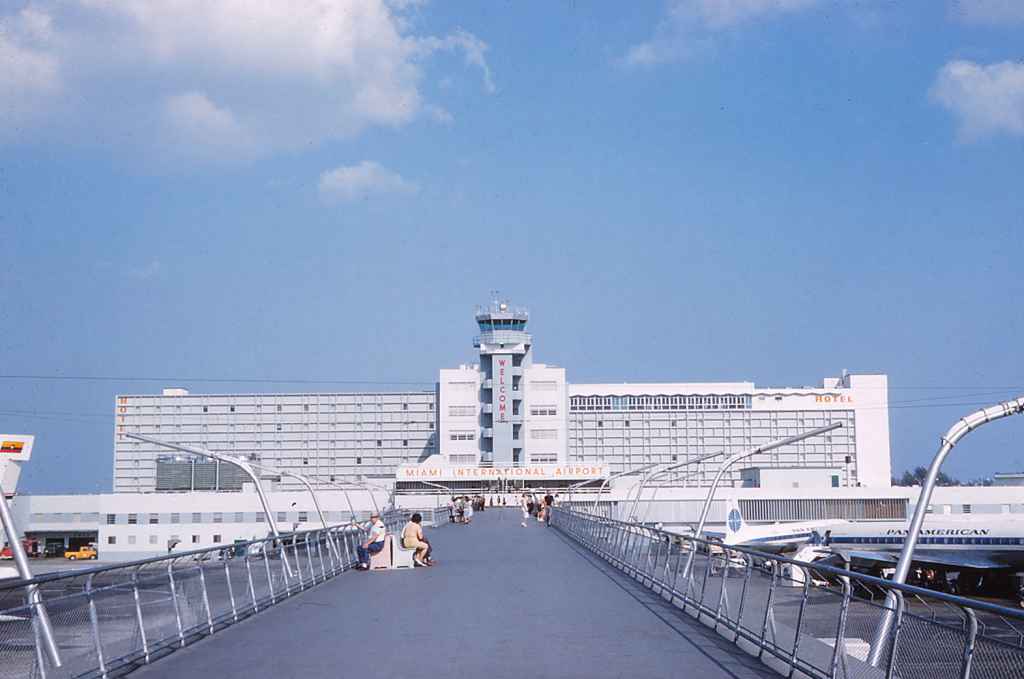 Miami Airport observation deck March, 1962. Note the Pan American DC-8 and DC-6 parked to the right, and the Avianca Boeing 720 tail on the left side. 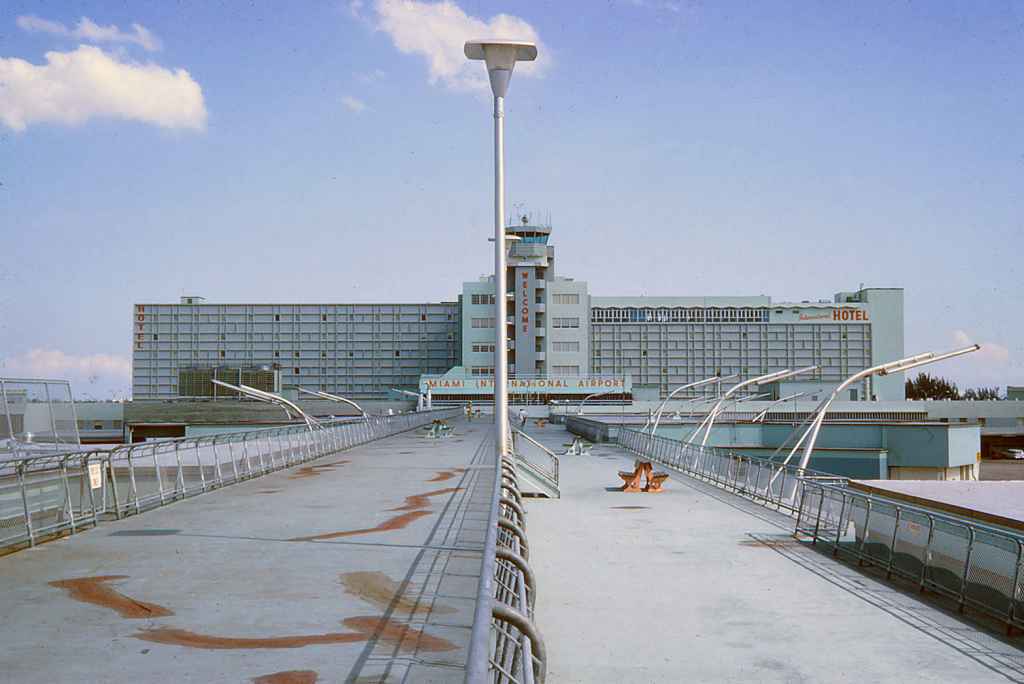 Miami Airport observation deck November, 1965. Noe the observation deck has been added to with a new slightly lower level deck on the right side, that is accessed by steps. The benches are a nice touch. Those were the days!

For an airplane lover, this must have been nothing short of heaven, as from these great viewing facilities at Miami airport spotters could easily see all the comings and goings as the airline industry was transitioning from props to jets. And what not a better place to see this from than Miami, which is where the classic Latin American airlines mixed company with American classics, including Pan American Airlines, which had a large maintenance base at Miami.

I have included two extra kodachrome images also taken at Miami from the observation deck. The earlier one dates from 1961 and we can see to the far North side of the field where Pan American Airline’s maintenance base is a propliner fan’s dream come true. It looks like a large number of the airlines Stratocruiser fleet is parked in storage, having recently been retired and are awaiting new owners. The brand new Panagra DC-8 and some Pan American DC-6s (which were still active) can also be seen in the distance at the maintenance base. 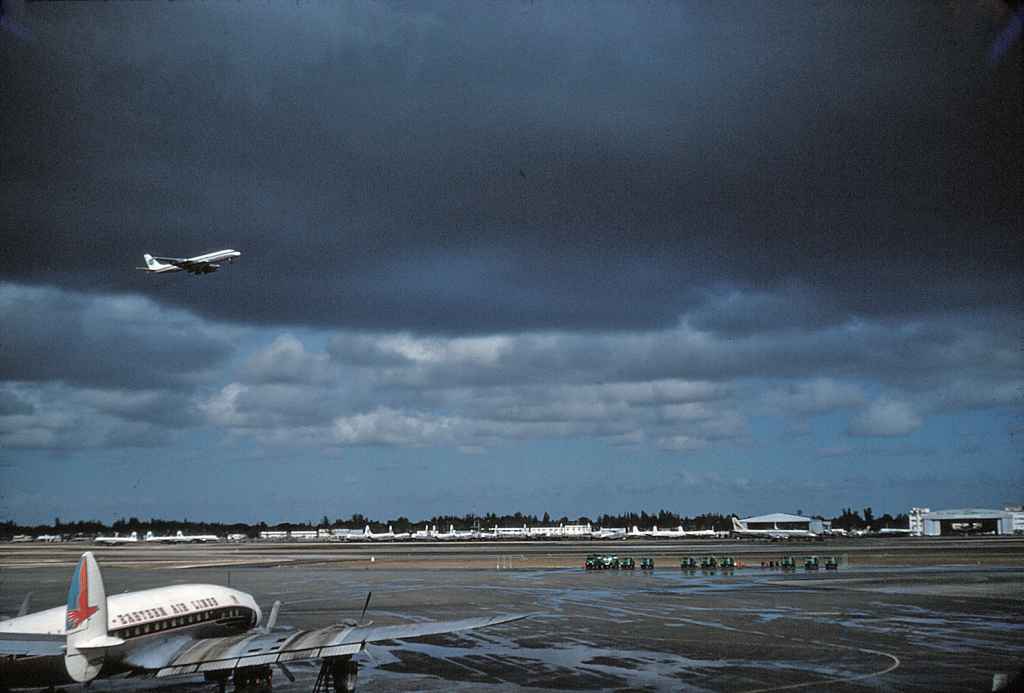 This kodachrome was taken at Miami Airport circa 1961, looking North as a Pan American DC-8 gets airborne. Note the rows of Pan American Stratocruisers in storage at the Pan Am facility, and the Panagra DC-8. 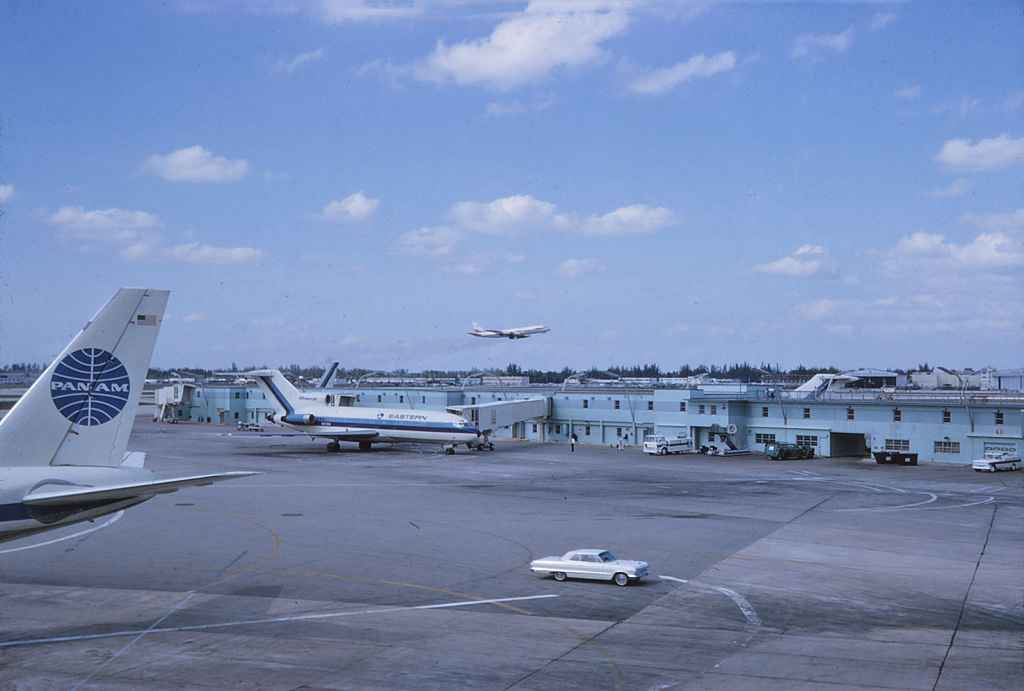 Unfortunately I do not know who took any of these slides. But I am happy to share them here for historical reference and appreciation.

Special thanks to Jon Proctor for sharing his excellent Miami observation deck photos below. Jon was lucky enough to make a few visits to Miami’s observation deck in the 1965 and 1971 to record the proceedings. It is evident that Miami’s obs deck was a gold mine! 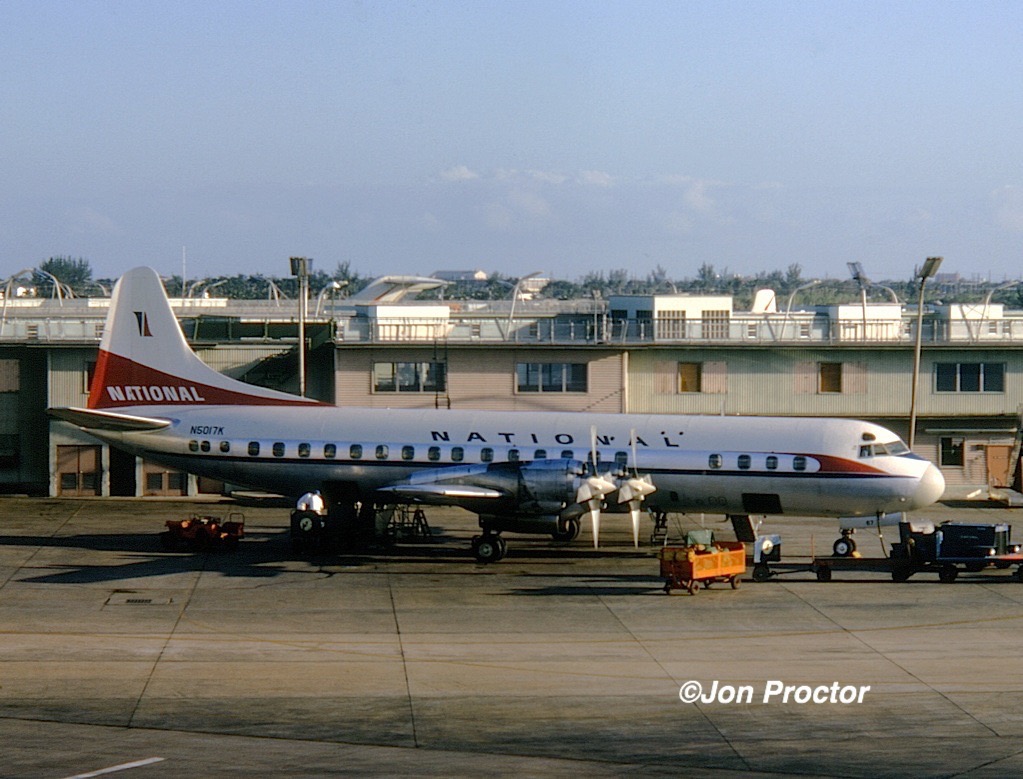 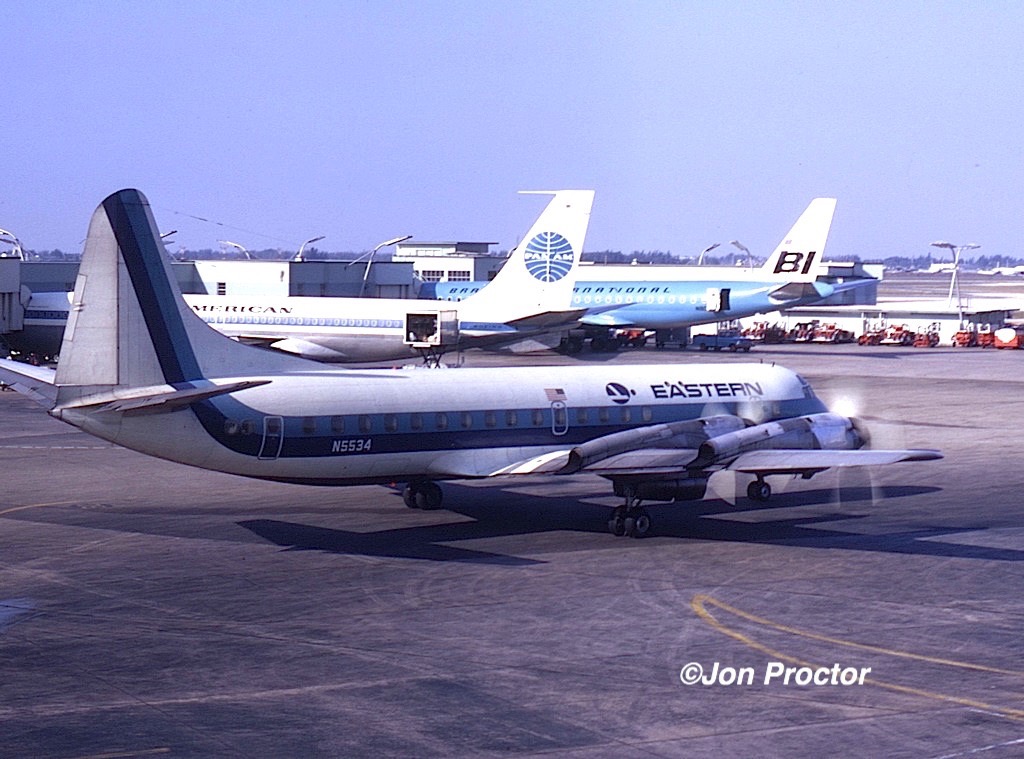 February, 1971. Eastern Airlines big boy and little boy. Both were common at Miami once upon a time. (Jon Proctor photo) 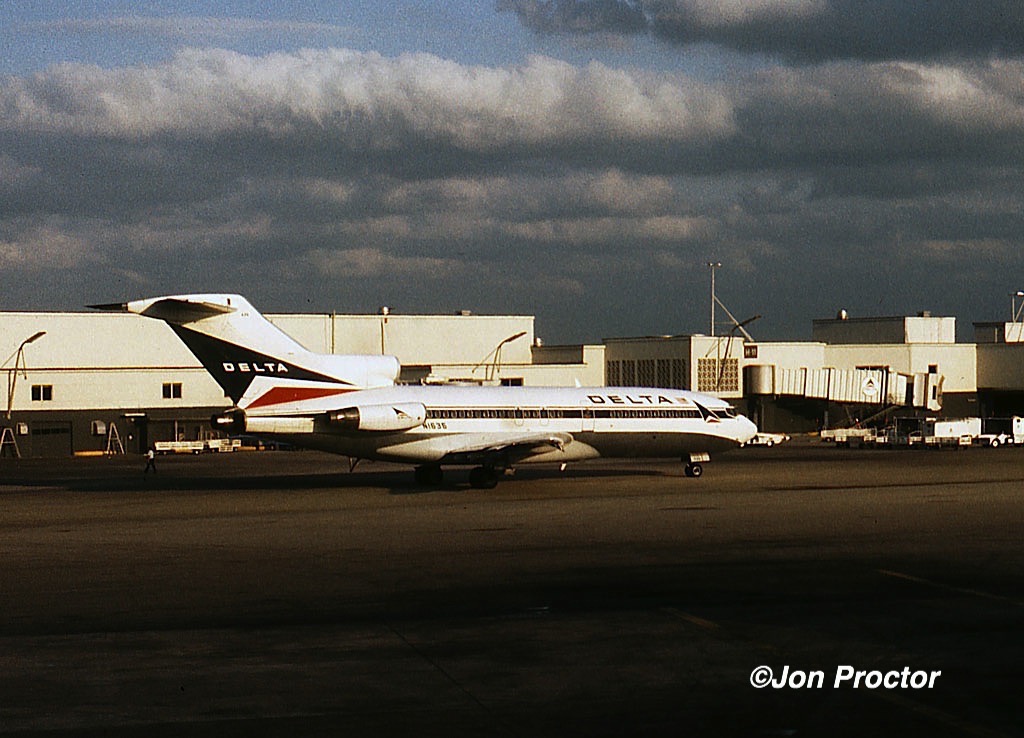 March, 1971. A rare Pan American Boeing 707-121B N707PA pulls into the gate are at Miami as viewed from the observation deck. (Jon Proctor photo) 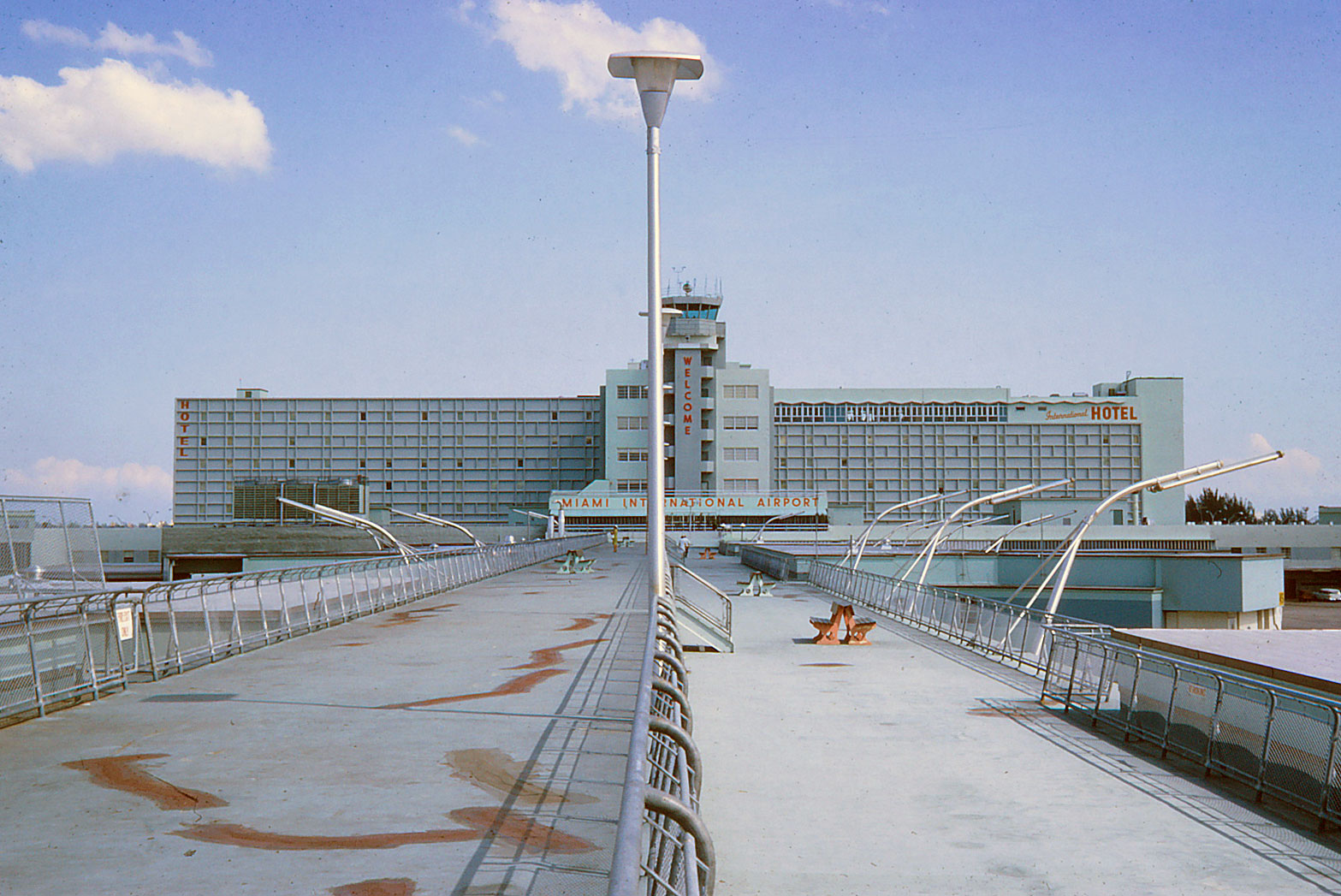