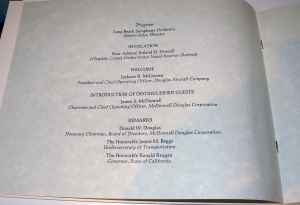 The Douglas DC-10 faded into the limelight in 2015, when Bangladesh Biman went down in the airline geek history books for operating the world’s last scheduled passenger flights with Douglas DC-10 aircraft.

The Long Beach Symphony Orchestra Directed by Alberto Bolet provided the musical entertainment, with welcoming speeches by Jackson McGowen, President and CEO of the Douglas Aircraft Company, and James McDonnell, Chairman and COO of McDonnell Douglas.

The rollout of the actual DC-10 aircraft was narrated by John Brizendine, VP and General Manager of the DC-10 program. Following the speeches, rollout and lunch, visitors were welcomed to tour the factory and the brand new trijet, the Douglas DC-10.

All invited guests to this event were presented with a very special rollout ceremony program, photos of which are provided below. On the cover of the program are the relief portraits of James McDonnell and Donald Douglas.

The program measures 11 X 8.5 inches and is beautifully made. The show pieces are the gold embossed prints of the Douglas DC-10 and the 1920 Douglas Cloudster, both of which also measure 11 X 8.5 inches. This historic document would be one of very few remaining to this day, and some would say it is priceless for the serious collector of Douglas aircraft company memorabilia and ephemera. 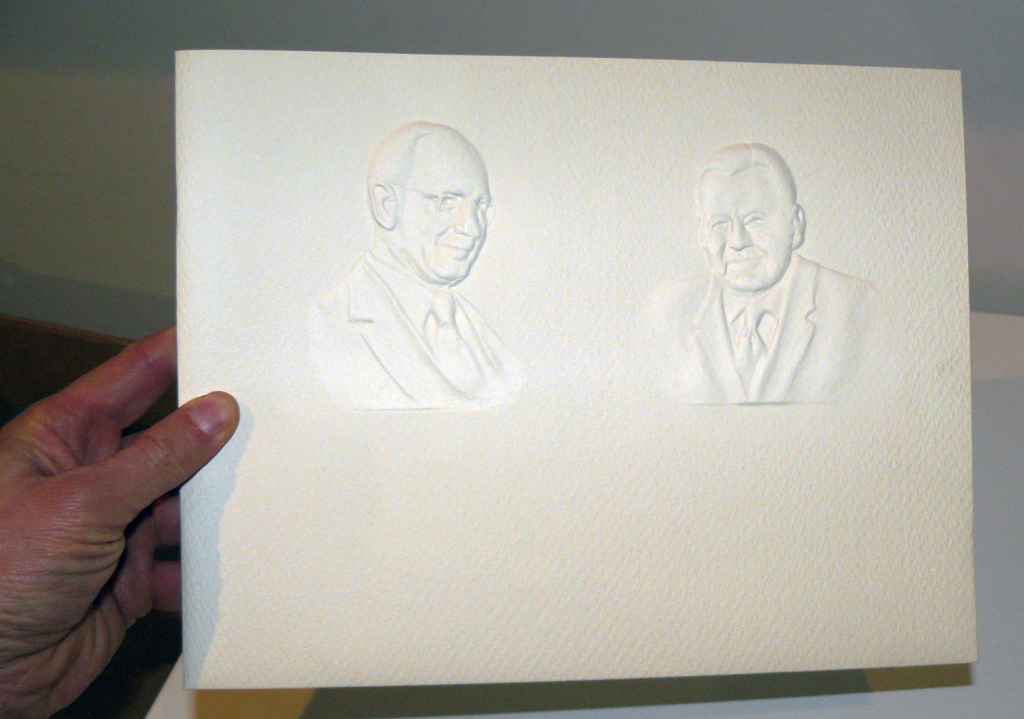 James S. McDonnell and Donald Douglas appear on the front cover of the DC-10 rollout program from 1970. 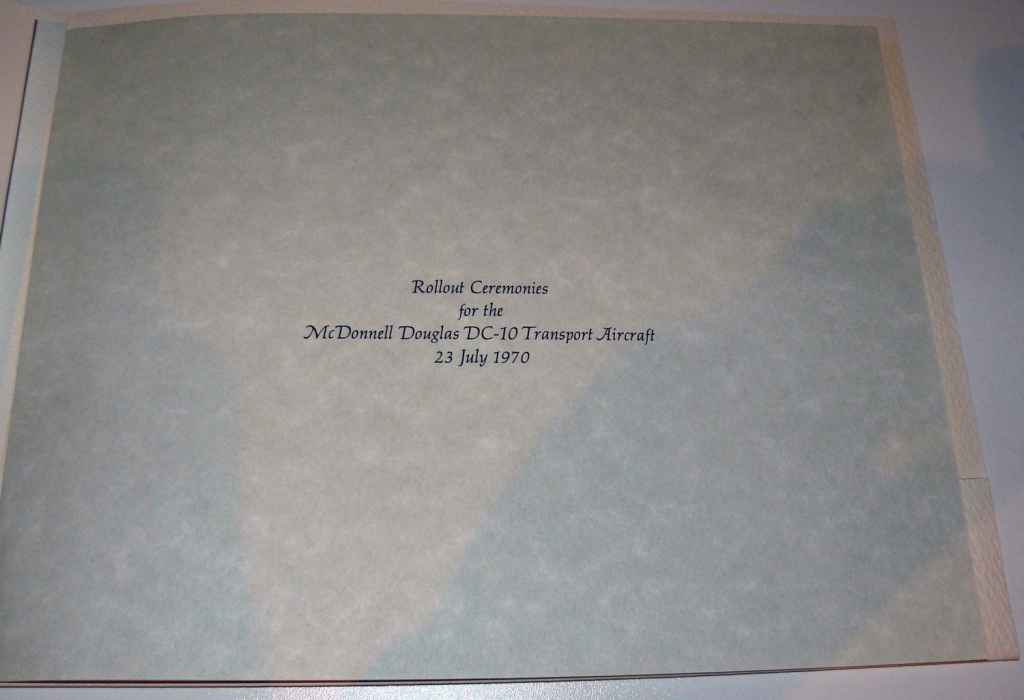 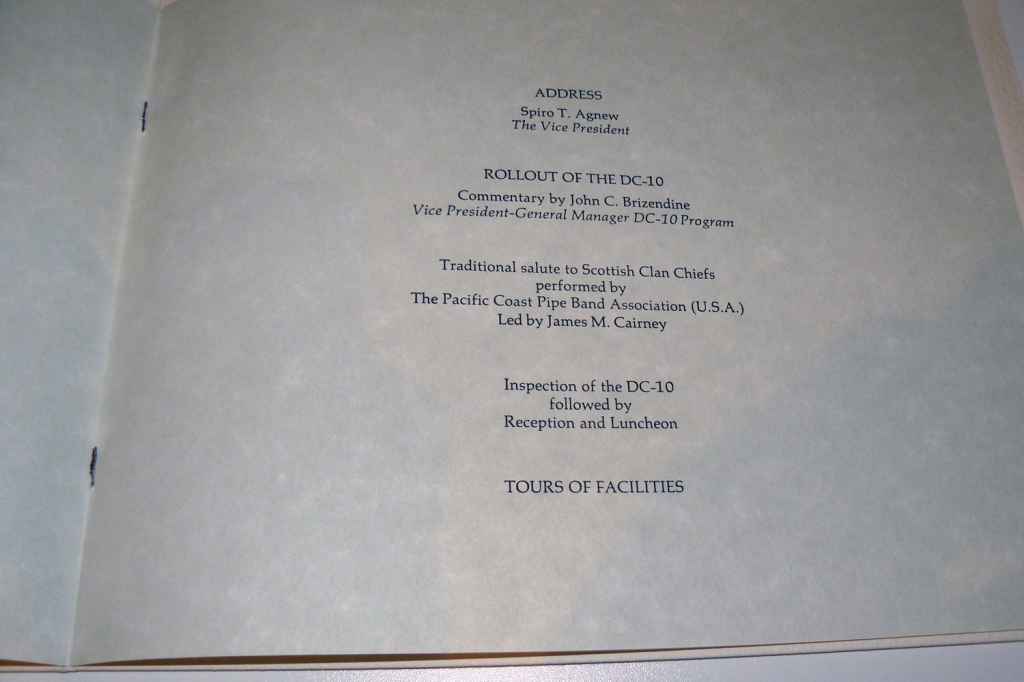 A gold embossed print of the 1920 Douglas Cloudster was included in the DC-10 rollout program. 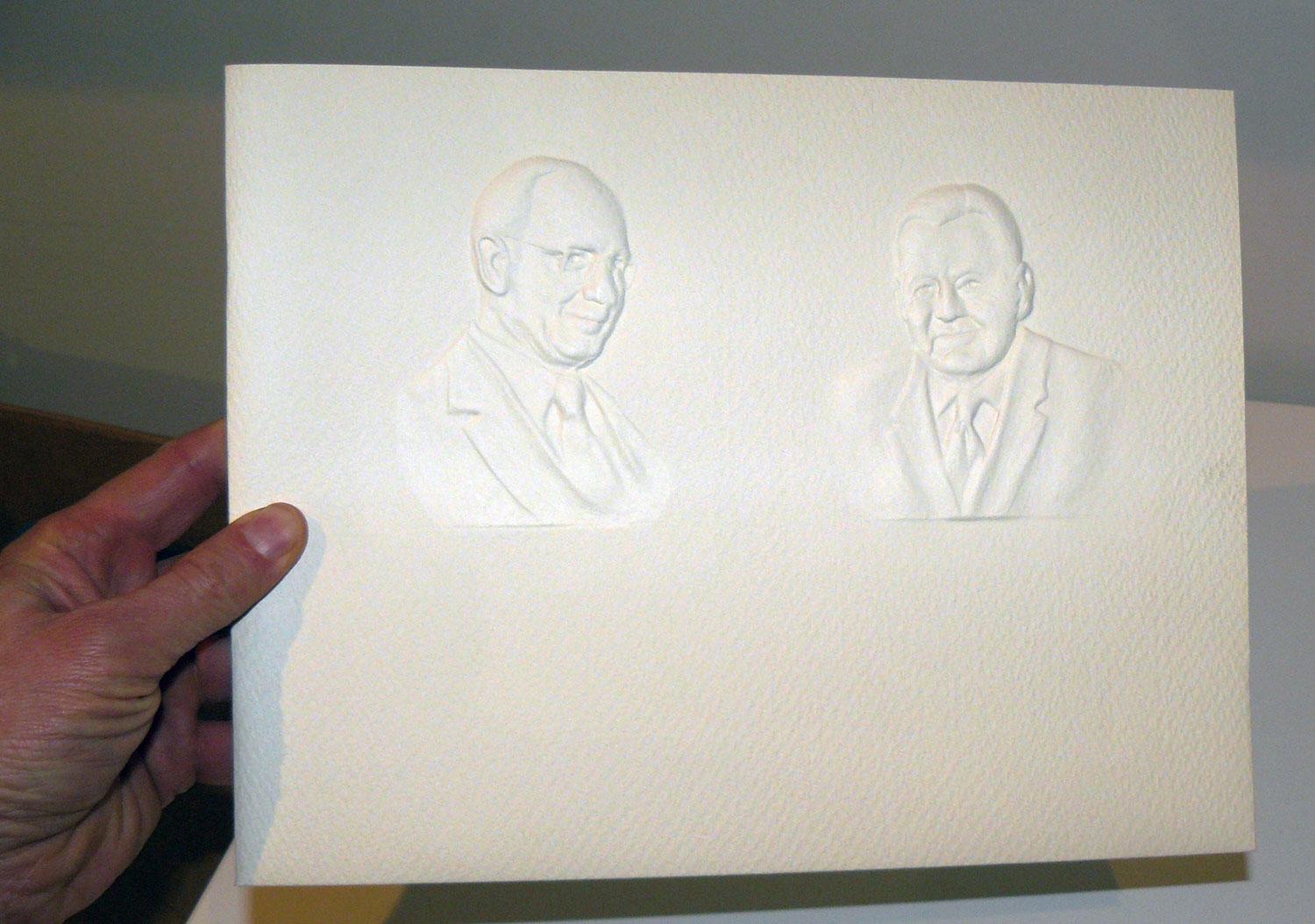 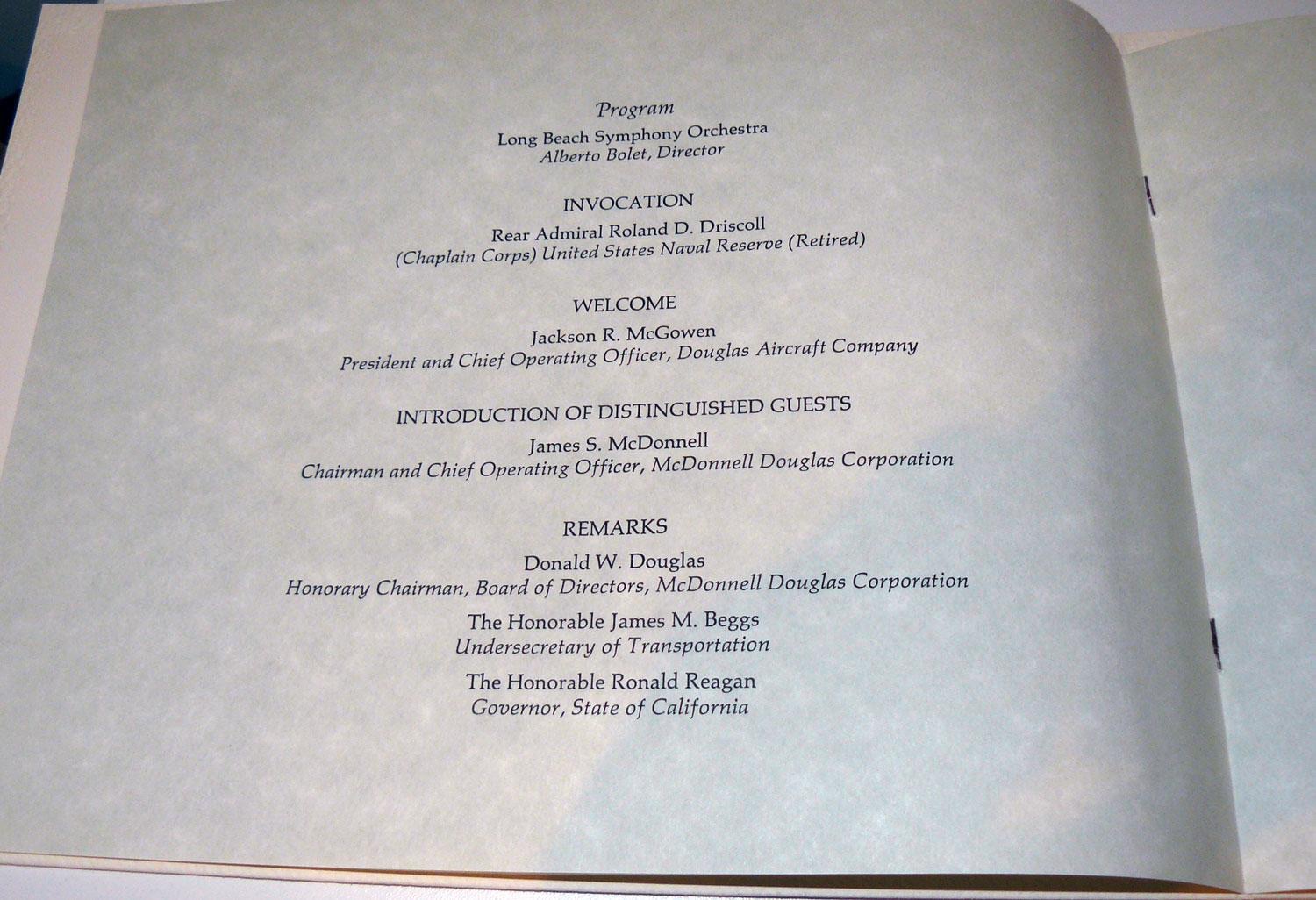